Jung Ryeo Won, Lee Sun Gyun, And More Show Dedication And Positive Energy On The Set Of “War Of Prosecutors”

“War of Prosecutors” did not air this week, but kept fans in the loop with new behind-the-scenes photos!

Onscreen rivals Lee Sun Gyun and Jung Ryeo Won are at each other’s throats in the drama, but are all smiles when the cameras aren’t rolling. Each episode of “War of Prosecutors” includes mouthwatering scenes of mukbang (eating broadcast), and the members of the second criminal division appear focused on the delicious food in front of them. 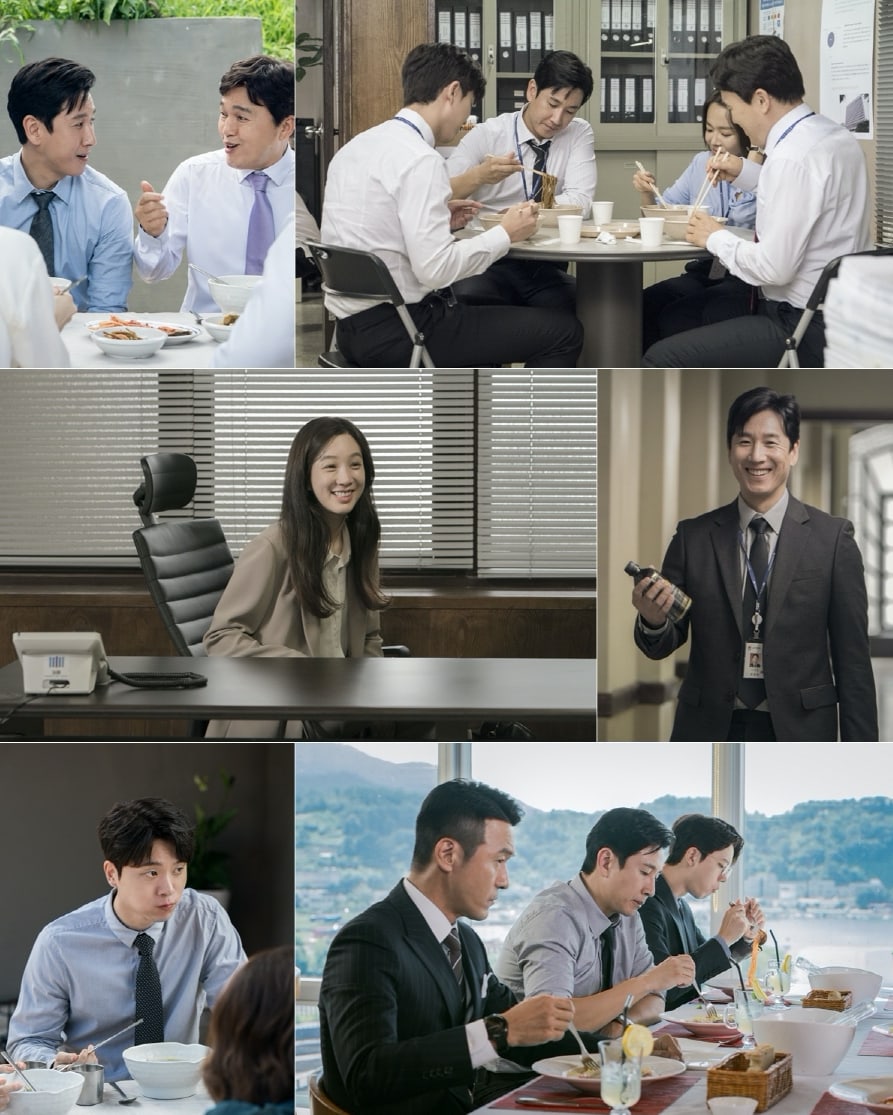 A source from the drama said, “The set is always overflowing with laughter. The actors not only perfectly portray their characters, but also do their best at all times, including the mukbang. The actors’ passion and cheerful energy are adding to the immersion of the drama.”

The source added, “‘War of Prosecutors’ is resting for a week. We hope you’ll spend a warm end of 2019 with your family, and please look forward to ‘War of Prosecutors,’ which will return next week with realistic mukbang and fun, unique stories.”