Girls’ Generation’s Sooyoung wrote on Instagram about the people she misses and her memories of year-end shows.

On the evening of December 31, she shared a post on her Instagram stories and also posted a photo of the Girls’ Generation members on stage at the 2015 MBC Music Festival on December 31 that year, with SHINee’s Jonghyun in the background.

I miss the faces of the colleagues that I would count down with together every year on the 31st. Even if we only knew each other well enough that we’d just say ‘Happy new year’ to each other, I miss them for some reason. I miss the faces of those who’d smile when our eyes met when we were rehearsing while exhausted because we had to prepare even special performances. When I saw from behind that their forearm had been scratched by their sequinned outfits, I’d think “Oh no, that’ll sting when you shower…” So many thoughts like that meant that even when we just looked at each other’s faces, I’d feel a deep sense of camaraderie. It’s ironic but we became even more fond on those year-end stages that we had to compete over, with fancier performances, longer performance time, and more sparkling stage outfits. Some faces grow dimmer. Some faces are still smiling. Too many colleagues have been lost. I hope that in the new year we won’t lose any more.. I hope fair smiles aren’t erased by tears. I hope everyone is well. Don’t put off saying hello and asking ‘How are you?’. Today and this year, you’ve worked hard. 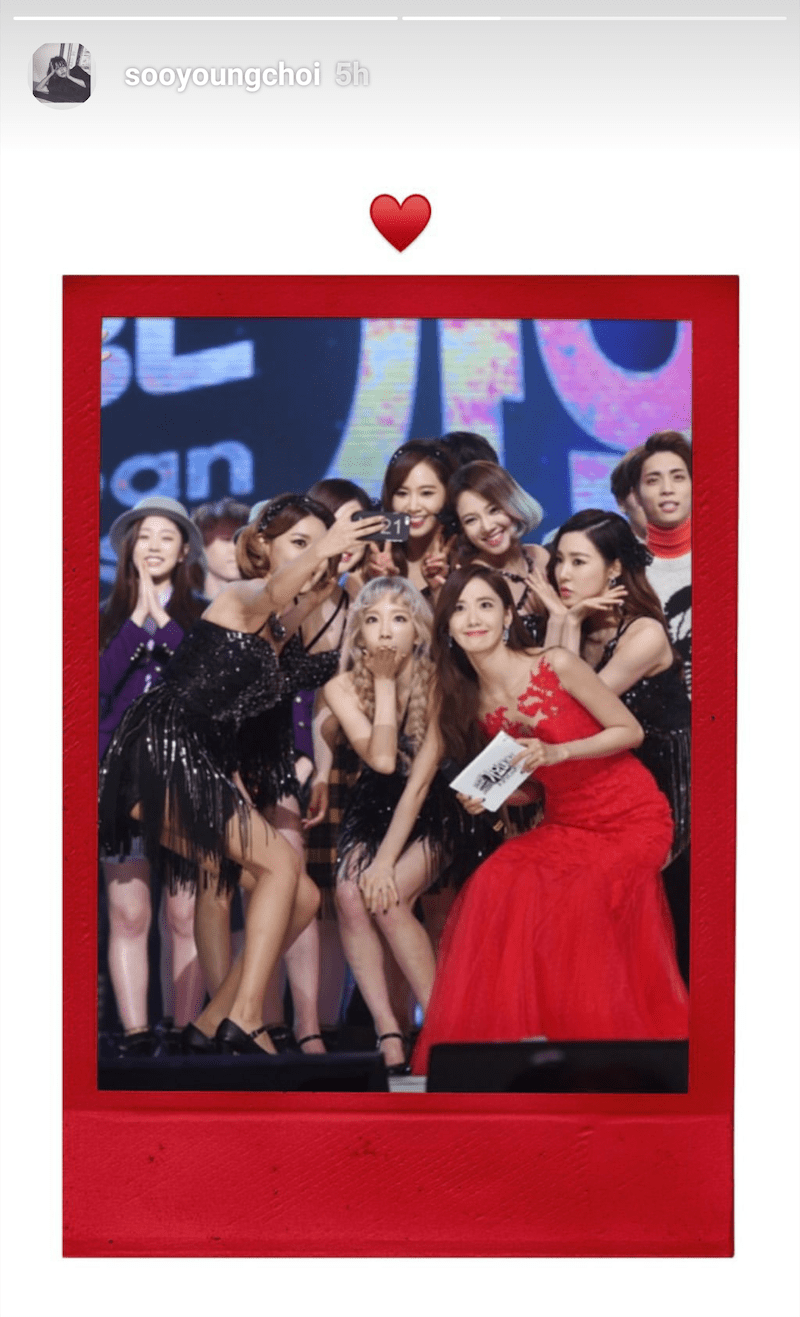 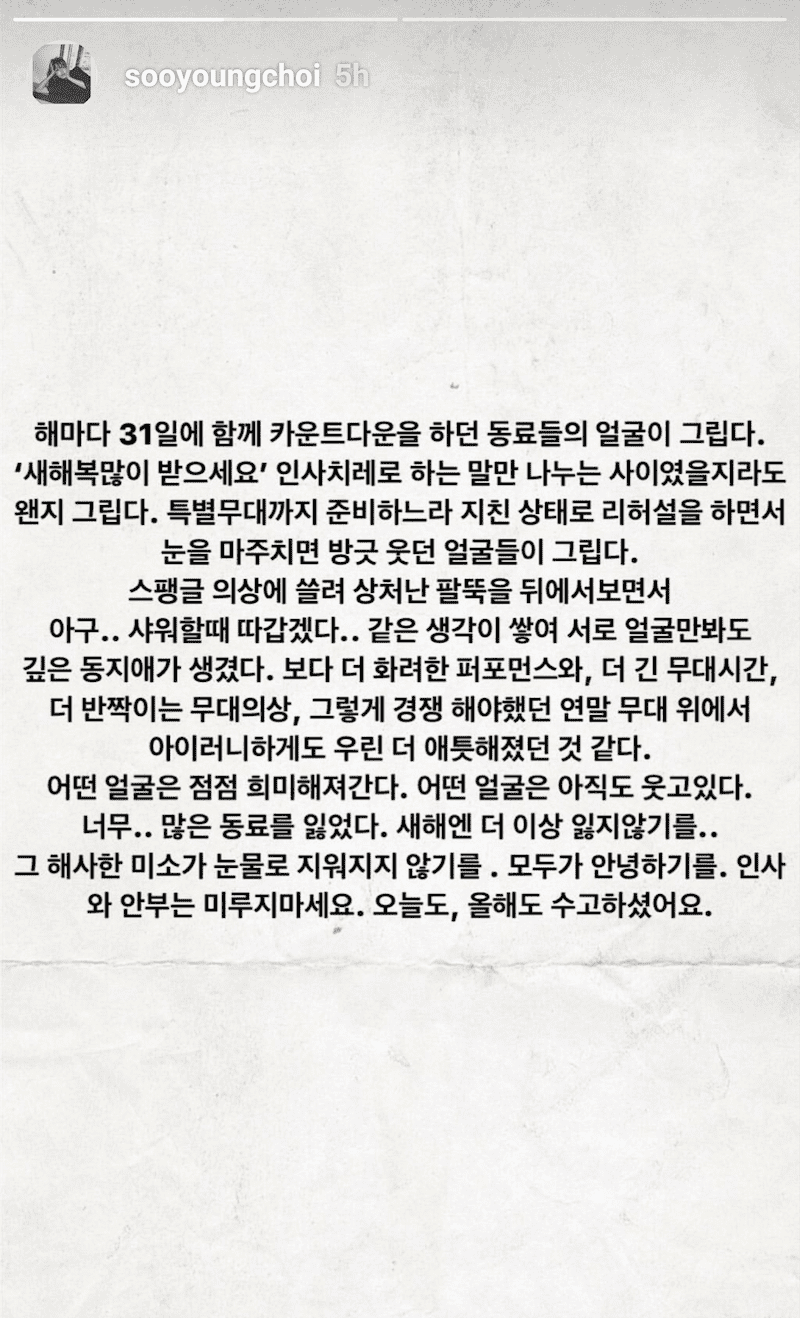