On December 31, the actor won a Top Excellence Award in the Mid-Length Drama category for his performance in “Nokdu Flower.”

As he accepted the award, he said, “Thank you so much to the viewers of ‘Nokdu Flower.'”

“I think I was so lucky to have the opportunity to be in ‘Nokdu Flower,'” he continued. “I couldn’t be happier to be receiving such a great award. The six months I spent from the end of February to July was such a precious time that I couldn’t even express it in words.”

He described “Nokdu Flower” as a drama about a time period that he’d been curious about. “I felt like I got to live in that time period,” he added. “This is a very meaningful award for me personally and I will treasure it.”

He also thanked his mother and late father, becoming tearful and explaining that this always happens when he talks about his father, as well as thanked his brothers, sister, sisters-in-law, and their children.

Lastly, Jo Jung Suk addressed his wife Gummy, referring to her by her real name Jiyeon. He said, “I have a new family member now too. I don’t usually say this kind of thing at official events. But my wife, who’s busy with your own work and tired while preparing for your year-end concert, you still take care of me until the end. Jiyeon. I’m really shy over saying this, but I love you.” 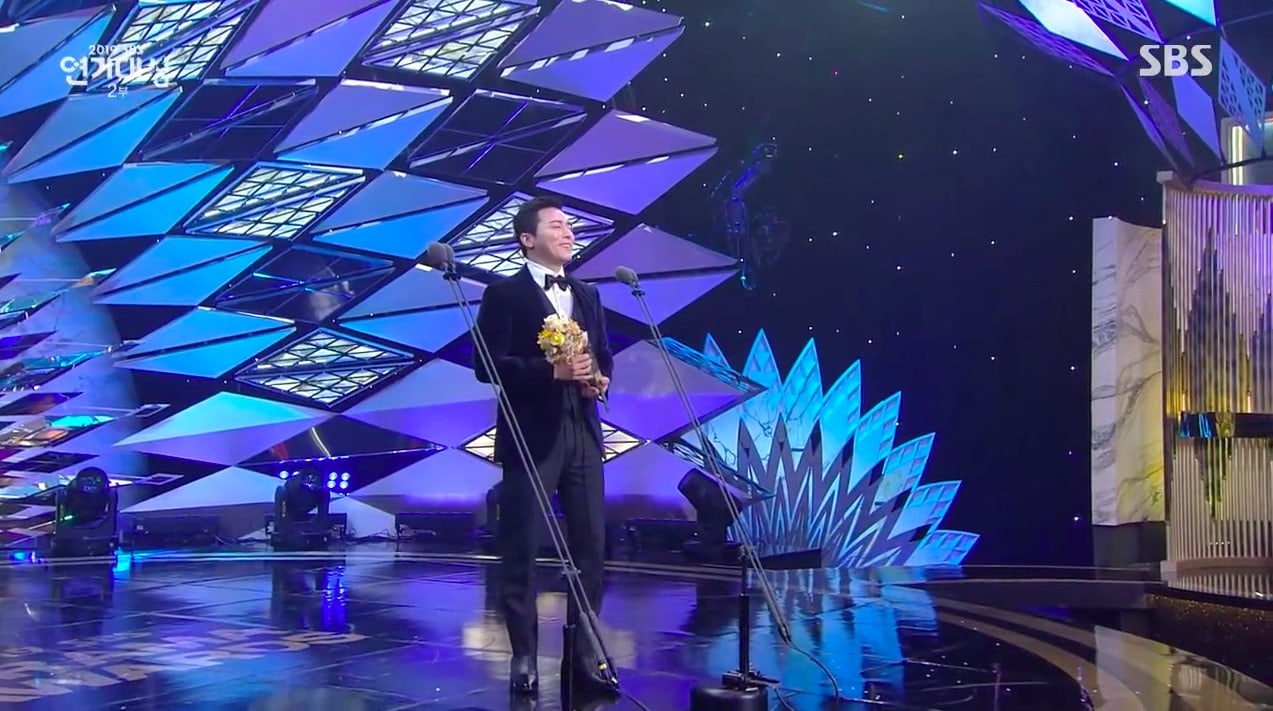 Jo Jung Suk and Gummy tied the knot in October 2018 after dating for five years.

Watch the 2019 SBS Drama Awards below!