Actor Kim Sung Cheol has been busy appearing in the musical “Big Fish,” and he got a boost from his “Arthdal Chronicles” co-star Song Joong Ki!

On January 1, Kim Sung Cheol shared photos on his Instagram story showing Song Joong Ki’s visit to his musical. In one photo, Song Joong Ki is posing for a photo with the cast of “Big Fish.” In another photo, there is a huge yellow cake with the words “Big Fish” in green icing that was a gift from Song Joong Ki. 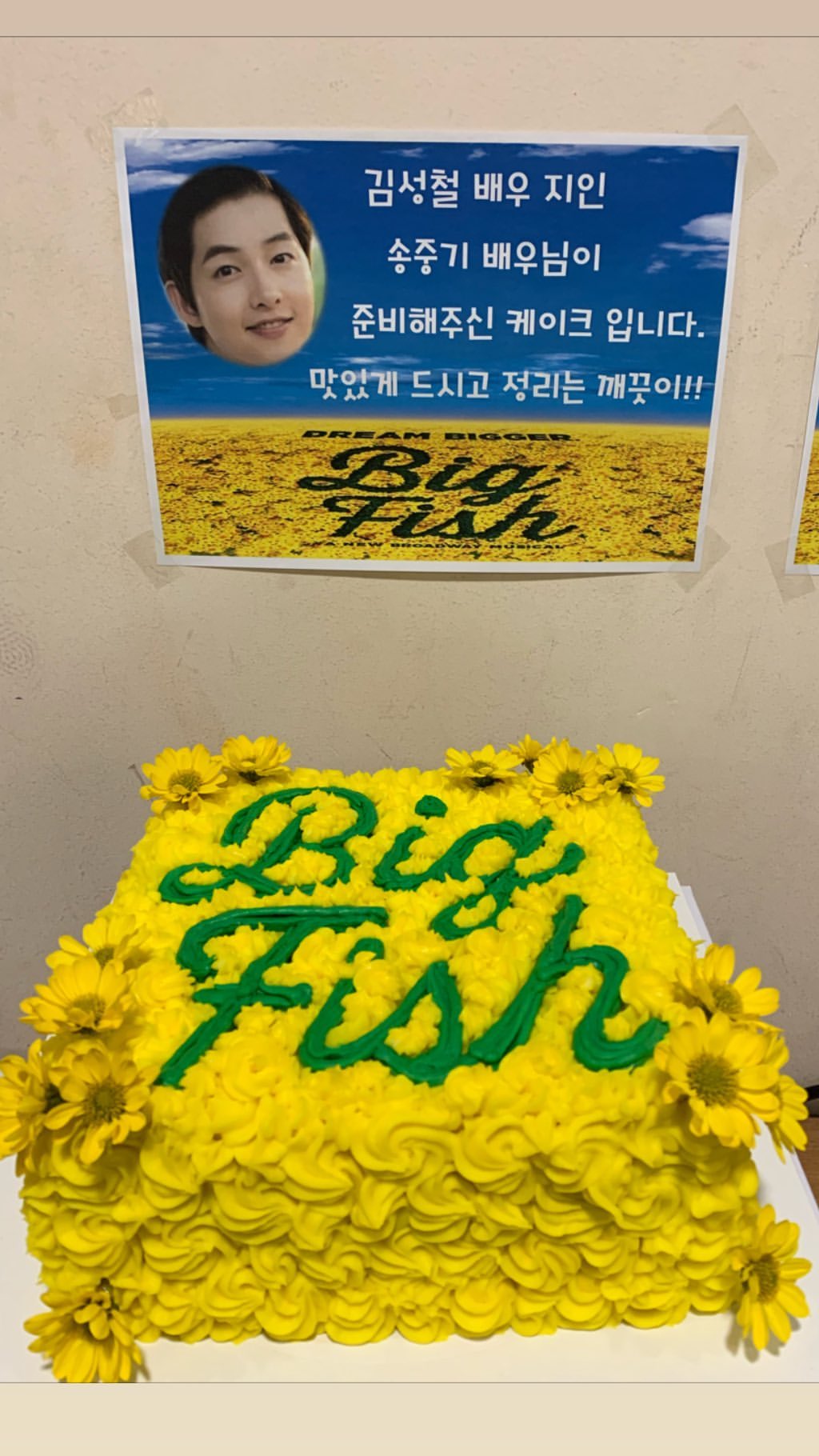 Kim Sung Cheol wasn’t the only one thrilled by Song Joong Ki’s visit.

Child actor Lee Woo Jin also posted photos with the star, saying, “Beautiful days are continuing in the new year,” and actor In Sun Ho uploaded photos on his own Instagram account along with the words, “A great guest has come to visit the ‘Big Fish’ team! It’s none other than Song Joong Ki! He was so cool that I just had to take a picture with him. He’s a great guest of the great Sung Cheol. The ‘Big Fish’ team is off to an exciting start in the new year!”

Song Joong Ki and Kim Sung Cheol both starred in “Arthdal Chronicles” in 2019.