On the January 2 episode of “Section TV,” 2PM’s Taecyeon sat down for an interview as he was holding his first fan meeting after discharge from the military!

The interviewer mentioned that Taecyeon is known for being a model soldier, and he even gave up his U.S. citizenship and received spinal surgery so that he’d be able to enlist as an active soldier. Taecyeon jokingly patted himself on the back before saying, “It wasn’t as difficult as I’d been worried about.”

It was also suggested that Taecyeon say something to his fellow members in the army. Taecyeon said with a big smile, “Jun.K was discharged today! Congratulations! I was intending to go today but I couldn’t because of my schedule related to my drama.”

When asked when the others will be discharged, Taecyeon said that it will be a while, as they won’t be out until early 2021. “We keep talking about things like full group promotions,” he added. “Nichkhun, who isn’t going to the military, is waiting.” He also named Nichkhun and Chansung as the members he’s in contact with the most.

On the topic of his hobbies lately, he shared that he’s been playing golf with Nichkhun. “I worked hard at learning how to play, but I get the feeling I’m not cut out for it,” he joked.

Taecyeon also talked about his new drama “The Game: Towards Zero,” which will premiere on January 22. He plays the character Kim Tae Pyung who possesses a psychic ability, and he stars opposite Lee Yeon Hee. The pair also acted together in the 2013 “Marriage Blue,” and he shared that this has made them relaxed and able to depend on each other.

When asked if their chemistry is better because it’s their second time working together, Taecyeon hesitated before joking about how her character in the film had dumped him right before their wedding. “I hope she won’t do that in this drama,” he joked. When asked if that means there will be romance in the show, he suggested viewers watch to find out.

Taecyeon also described a character he’d like to play in the future. “I want to play a character that’s a big spender,” he said. “I thought Tae Pyung had a lot of money, but he doesn’t.”

The interviewer asked if he wants to play the son of a company president, and he replied, “An immature son would be good.” 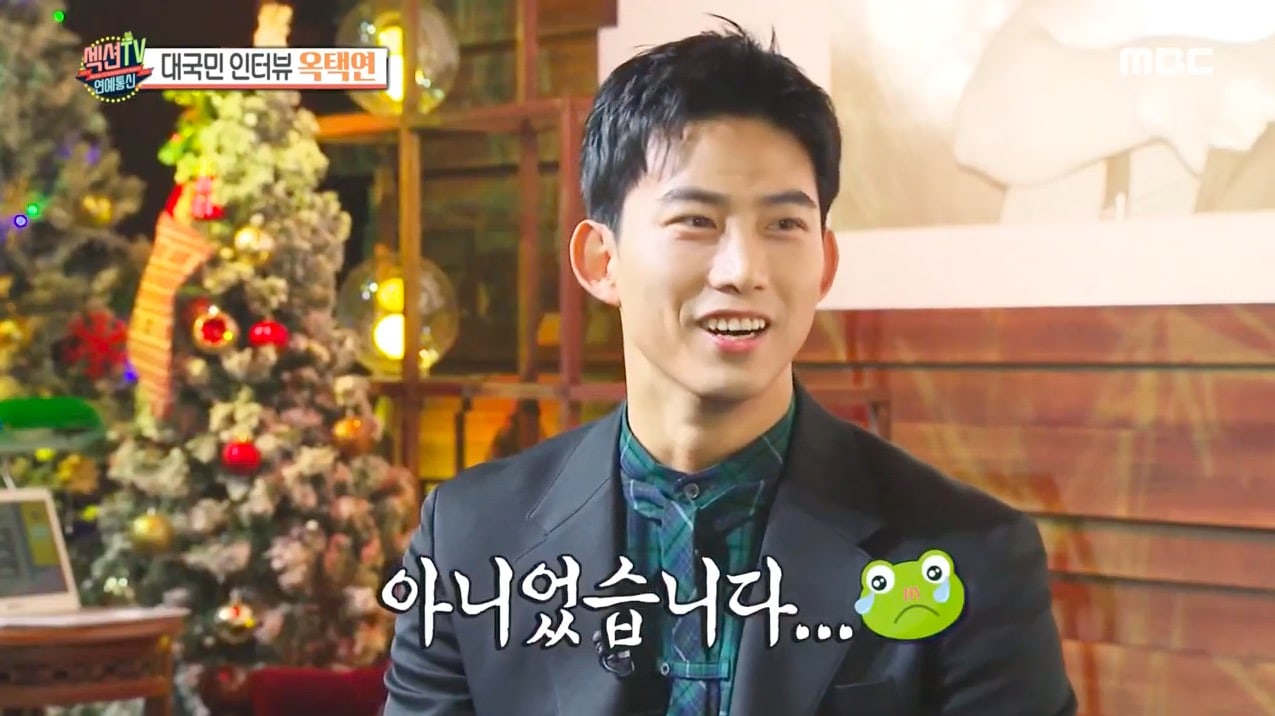 Check out a teaser for Taecyeon and Lee Yeon Hee’s upcoming drama here!

2PM
Section TV
Taecyeon
How does this article make you feel?