Korean artists will once again be taking the stage at Coachella!

The popular U.S. music festival, which takes place annually at the Empire Polo Club in Indio, California, recently confirmed the lineup for this year.

Following the completion of the members’ military service, BIGBANG is set to make their long-awaited return with performances on April 10 and 17.

Epik High, who previously performed at the festival in 2016, will be the first Korean artist to perform twice at Coachella as they take the stage on April 12 and 19. 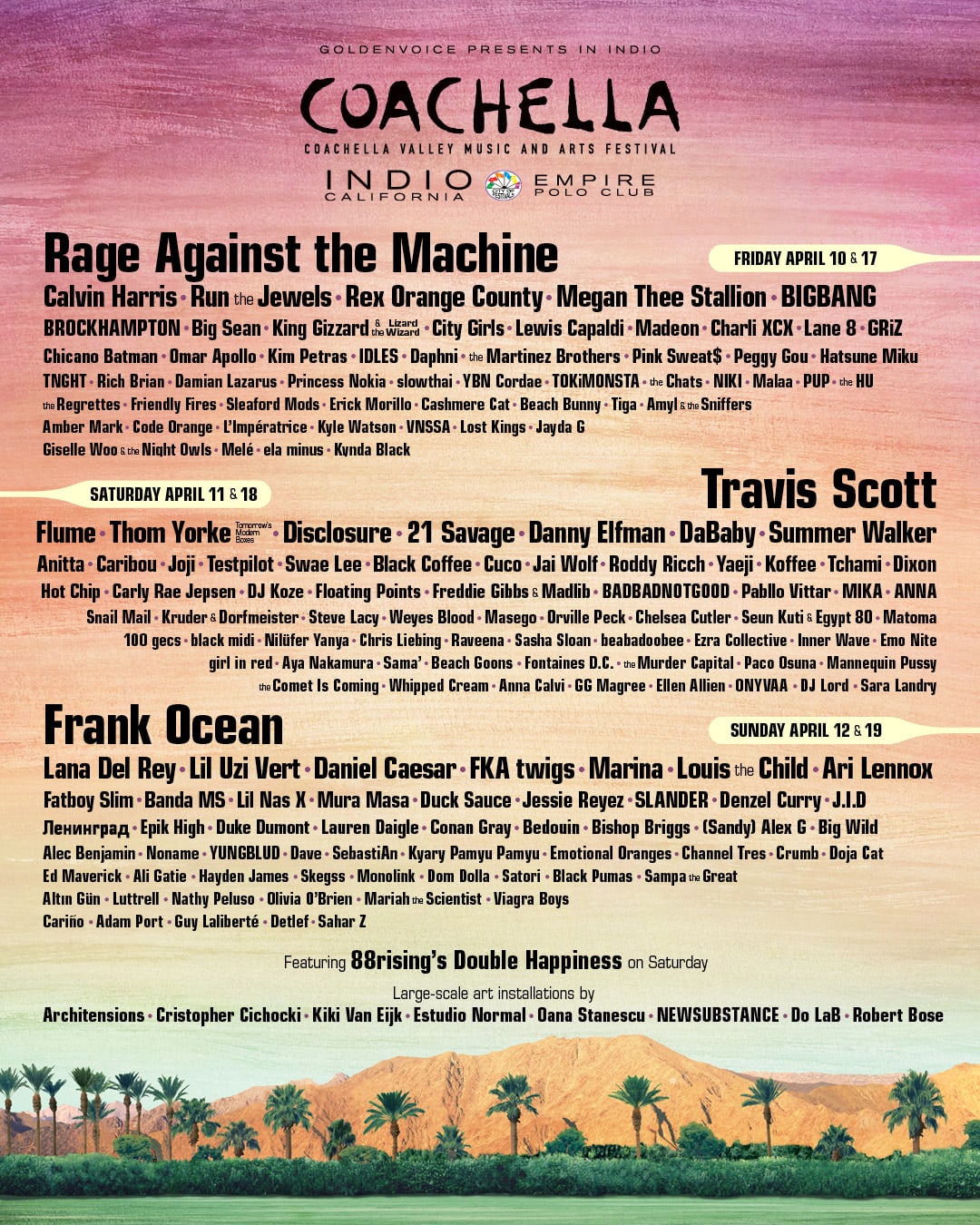 Epik High
BIGBANG
Coachella
How does this article make you feel?