It was previously confirmed on December 13 that “Fly Shoot Dori” will be coming back for a second season hosted by Kim Jong Kook and Yang Se Chan. This show previously aired from 2005 to June 2014 and chronicled the adventures of a children’s soccer league.

This new season of the beloved soccer variety show will tell the story of Team Shoot Dori’s seventh league, made up of young soccer players with varying soccer skills. Children who are in need of friends will meet each other through soccer and grow together.

Kim Jong Kook recalled filming the show 14 years ago. He said, “Back then, we didn’t have anything. We started with the children in the corner of an empty field. [In the past] when I first had to interact with the [children], it was difficult, but I remember we got close over time. Unlike before, I like children a lot now. It’s beyond comparison. Now when I see children, I keep talking to them.”

Previously, Kim Jong Kook had been the manager for the team, but this time, he will serve as a coach who can become both an emotional anchor and strong companion for the children. When asked about his new role, Kim Jong Kook stated that he did not mind being “demoted” and humbly said he was even fine with just being the leader of the team. 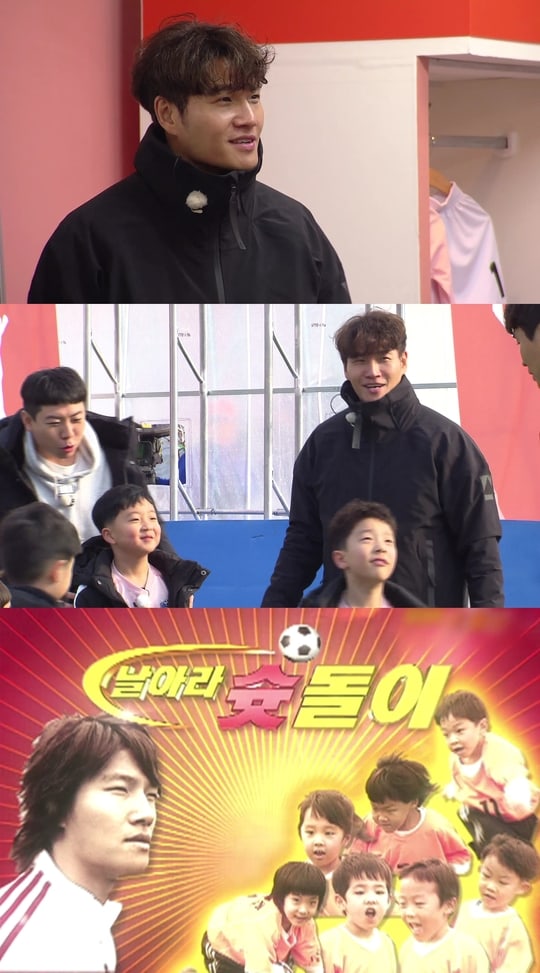 After adding that he looked forward to the children’s development as well as the feeling of a youth drama, he joked, “It won’t be fun if we do too well from the beginning.”