On the latest episode of “Ask Us Anything,” WJSN’s Bona spoke about the personal and professional changes in her life.

The idol appeared as a guest on the January 4 broadcast of the JTBC variety show, an episode highlighting rising stars in the acting world.

During the episode, Bona revealed, “I used to use my mom’s credit card, but I recently got a credit card under my own name.” 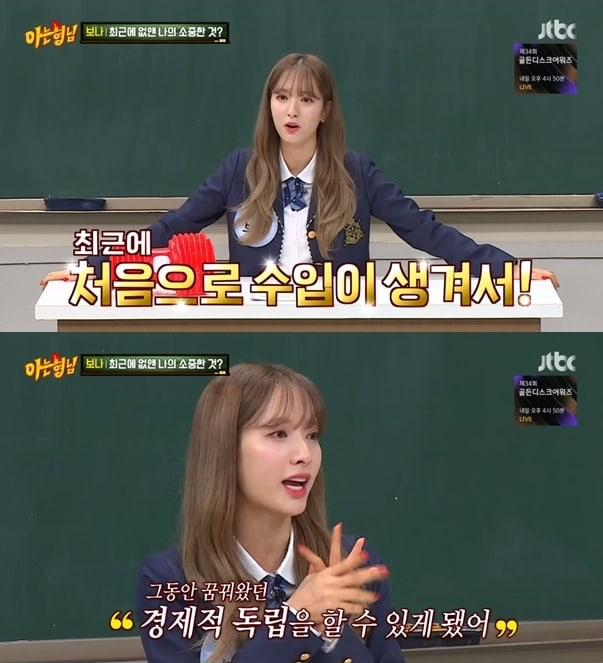 Bona was then asked how she began acting, and she replied, “I’ve never actually taken acting classes.”

She went on to tell the story of how she came to appear in “Girls’ Generation 1979,” recalling, “I needed to portray an 18-year-old when I was 23 years old, so I went to the audition wearing a school uniform. They asked me why I wore a uniform, and I answered, ‘The agency told me to wear it,’ and they said they liked that.”

The idol also added that she was able to easily pull off her character’s satoori (regional dialect) because she’s originally from Daegu. 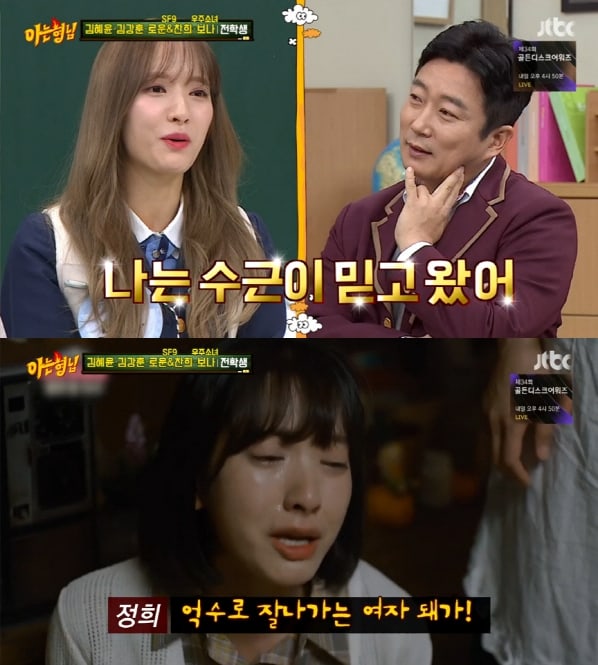 Start watching Bona in “Girls’ Generation 1979” with English subtitles below!

You can also watch a recent episode of “Ask Us Anything” with English subtitles here:

WJSN
Knowing Bros
Bona
How does this article make you feel?