EXO’s Kai came pretty close to popping the question to NCT’s Mark—and who could blame him?

At one point in the video, Mark jams on the guitar backstage and asks Baekhyun to sing along with him. After hearing him play, a visibly impressed Kai drops onto the couch next to him and asks if he learned by taking lessons.

Later on, after everyone in the room applauds Mark’s skills, Kai jokingly declares with a laugh, “I need to get married to Mark.”

Mark responds by sharing, “I decided to learn to play this song after going to your concert.” 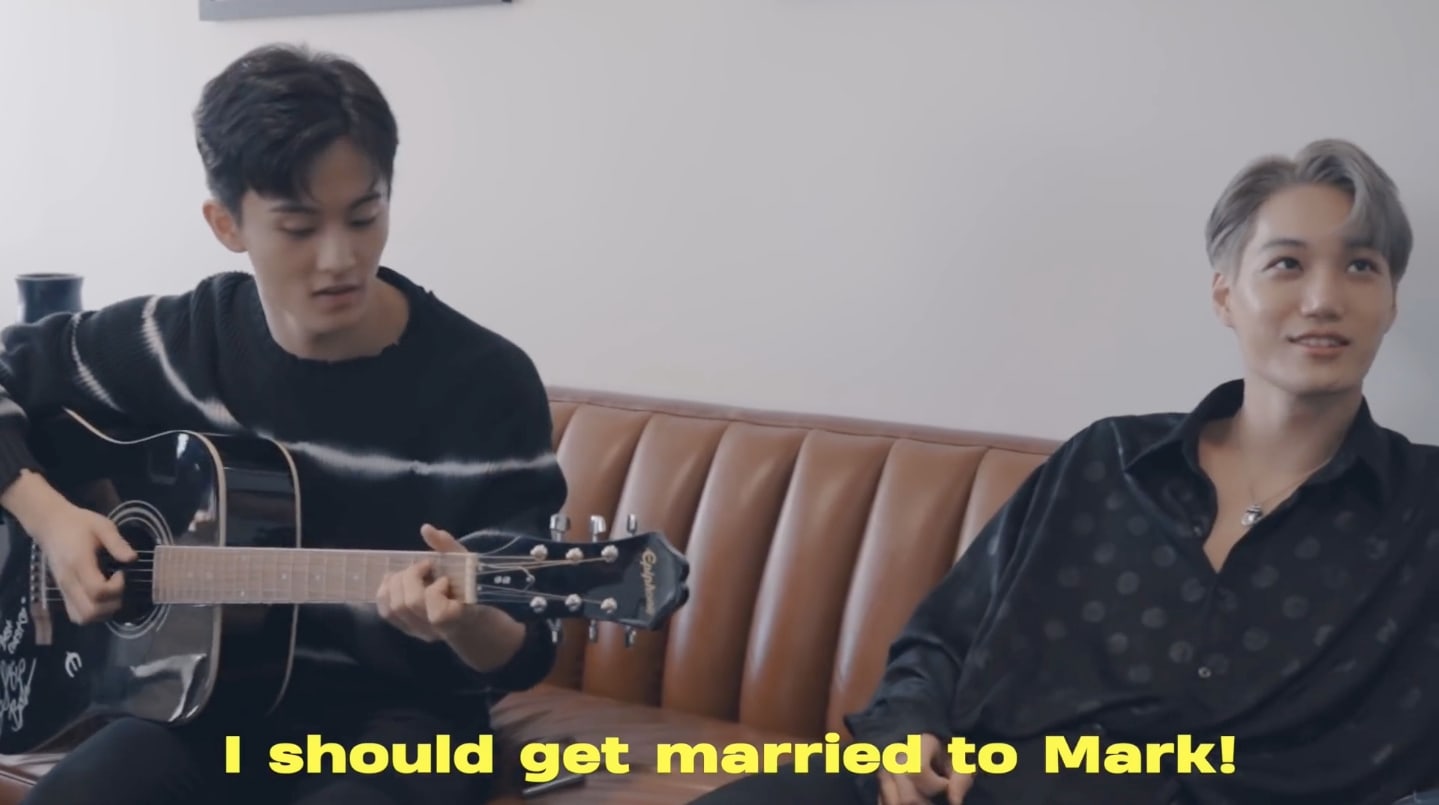 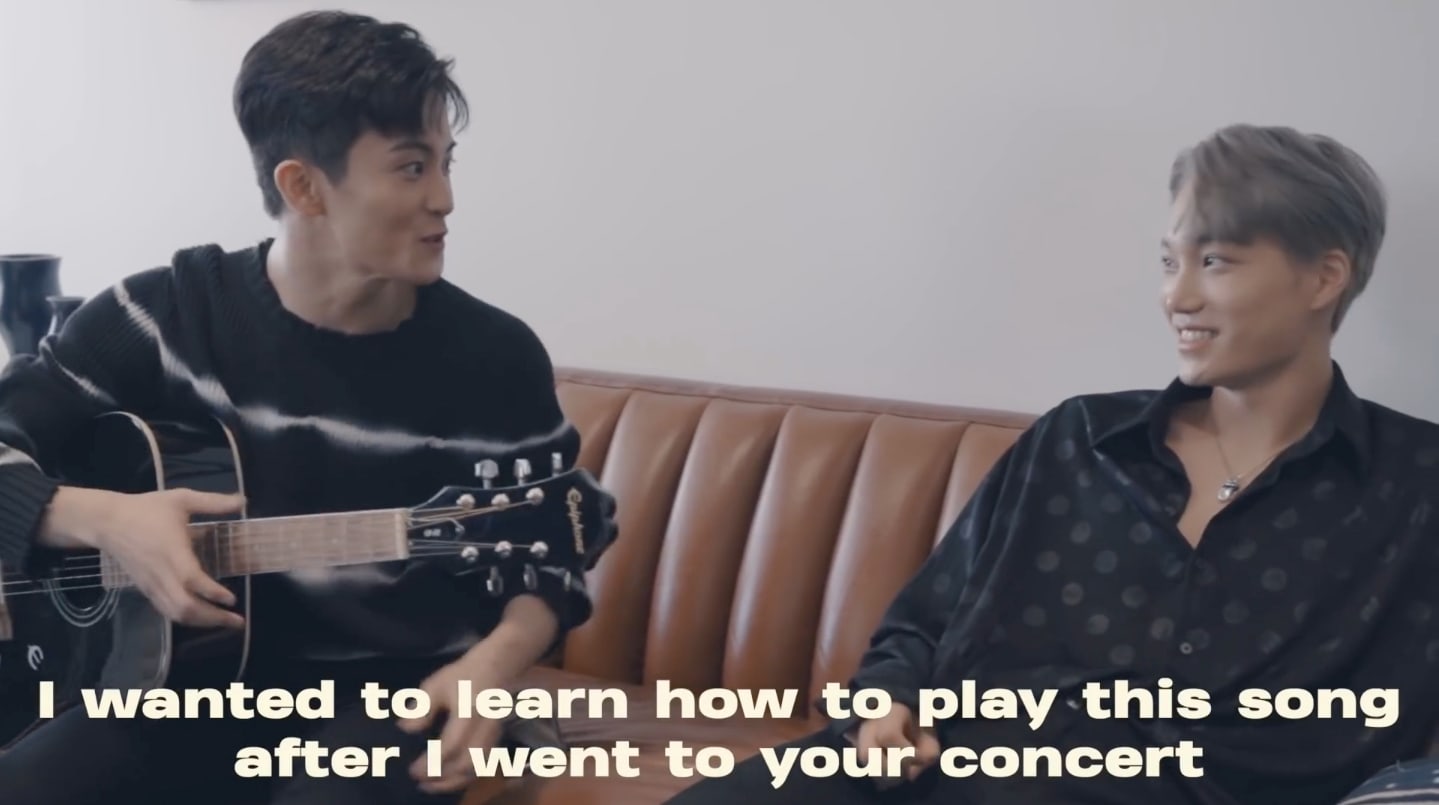 NCT
EXO
Kai
Mark (NCT)
SuperM
How does this article make you feel?