Watch: GOT7’s Jinyoung Was So Invested In His “Parasite” Cosplay At Golden Disc Awards, He Even Got Star Park So Dam Involved

Fans are loving just how hilariously invested GOT7’s Jinyoung was in his “Parasite” cosplay at the 34th Golden Disc Awards!

On January 5, GOT7 attended Day 2 of the annual award ceremony at the Gocheok Sky Dome in Seoul. For their grand entrance, each of the seven members dressed up as a famous movie character, and Jinyoung chose to dress up as Kiwoo, Choi Woo Shik‘s character from the award-winning film “Parasite.” 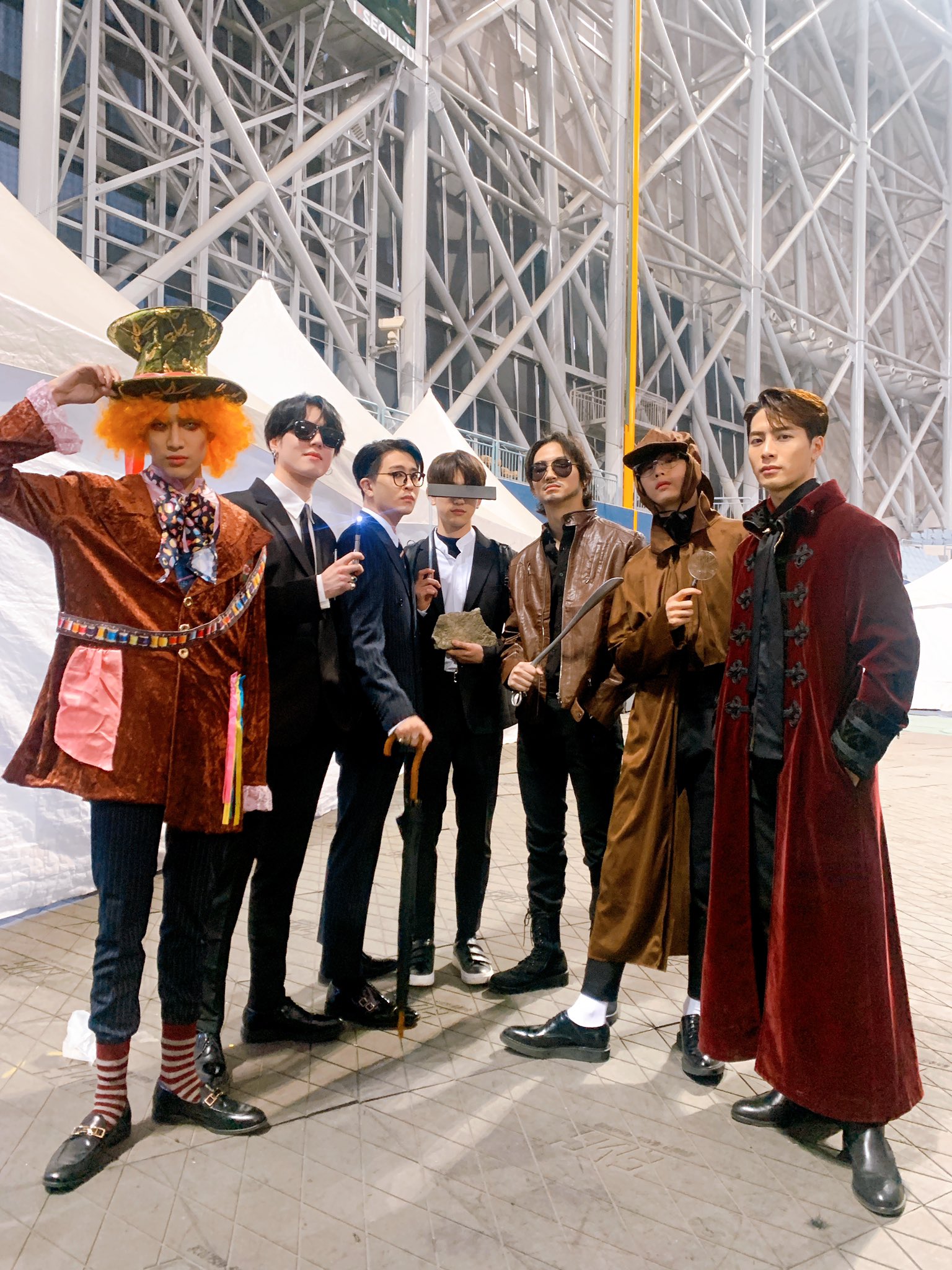 Amusingly, it just so happened that “Parasite” star Park So Dam was one of the MCs for the second night of the awards show—and Jinyoung didn’t miss his chance to take his cosplay to the next level. While the unsuspecting Park So Dam was standing on stage to deliver her remarks, Jinyoung seized the opportunity to step into the frame and stand next to the actress, who played Kiwoo’s sister in the film.

Later on in the night, after all the GOT7 members had changed out of their costumes, Jinyoung was still completely in character. When the group went on stage to accept their award, Jinyoung no longer had his rock or the black-bar prop that he’d been using to recreate the “Parasite” poster, but that trivial detail didn’t stop him from fully committing to channeling his inner Kiwoo.

Is Jinyoung not done with his Parasite cosplay? ? pic.twitter.com/arDO2iKqHS

Check out the performances from Day 2 of the 34th Golden Disc Awards here!

GOT7
Park So Dam
Jinyoung (GOT7)
XPN
Parasite
34th Golden Disc Awards
How does this article make you feel?