Park Shin Hye couldn’t hold back her tears during the press conference for the new documentary “Humanimal.”

“Humanimal” contains the stories of life, death, and coexistence between humans and animals all over the world. The documentary will be broadcast in three parts and will cover the opposing stories of the humans who want to kill animals for their delights and interests and of those who struggle to protect the animals. For the show, Park Shin Hye acted as not only a narrator but also a presenter who accompanied the filming crew and directly observed and experienced the power struggle between humans and animals.

During the press conference held on January 6, Park Shin Hye said, “I am even more nervous to be at a press conference for a documentary rather than a drama. For two weeks in August, I saw and experienced many things while I was with animals in Africa. I hope what I saw and felt could be relayed to the viewers.”

She continued, “I actually like animals and started out with simple interest and curiosity about animals. I wondered what it would feel like to face them in person, and I was curious about the actual situation of the people who were with the animals I only saw in documentaries. I was worried, too. I was worried and burdened about being the right person to deliver this message because I went with an excited heart. In a way, I think the countless emotions that come from my simple mind will be well communicated to the viewers. I think it will be an opportunity where [the viewers and I] can think about other aspects of the animals that we didn’t know about.”

PD (producing director) Kim Hyun Ki commented, “I carefully gave her the offer to participate, and she willingly agreed. She had no fear about going to a remote place. When you watch the show, you will see a scene where she just runs around among the giant elephants, which is hard to do.” 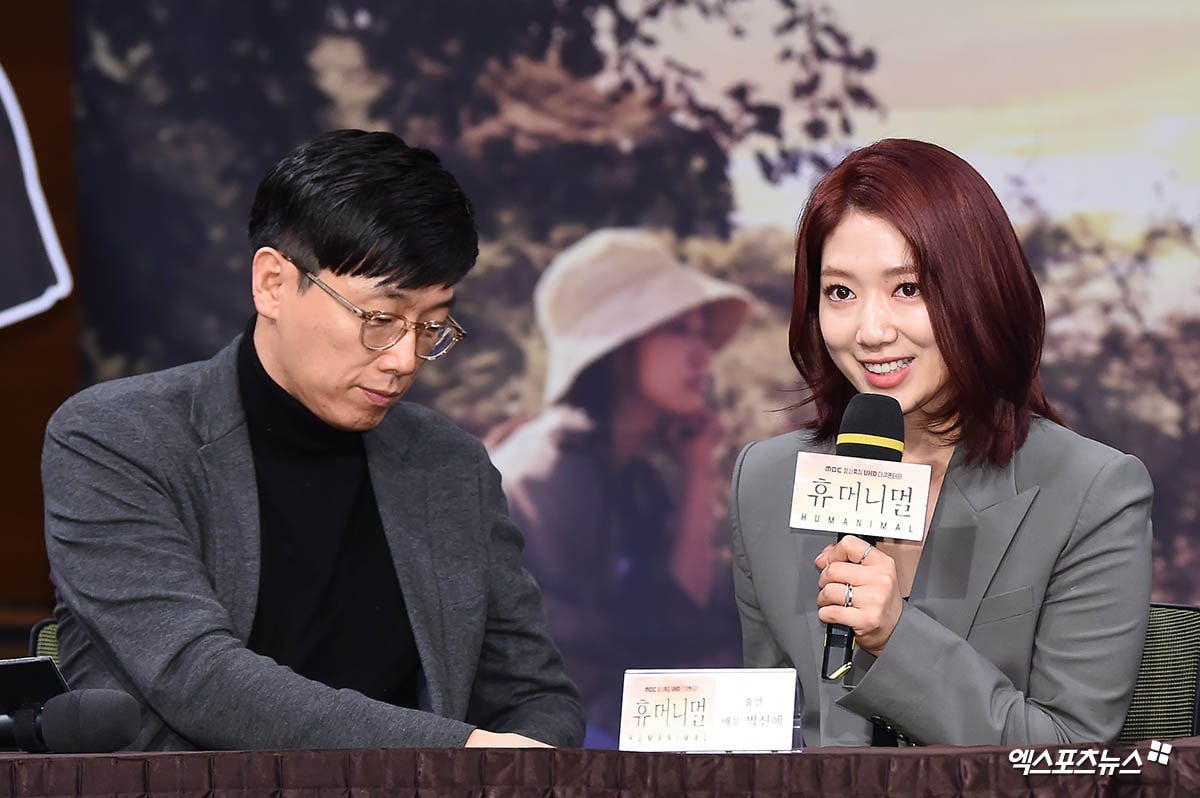 As Park Shin Hye recalled witnessing the poaching of animals, she couldn’t help but tear up.

The actress explained, “I met a northern white rhino in Kenya and an elephant in Botswana. They travel thousands of kilometers a day to drink water. I could see their family love as well as their survival skills. Sometimes we say animals are better than humans. Those words came deep into me at that moment. I felt something when I saw animals running around in nature. I was a little embarrassed and upset when I thought about how I went to the zoo to see animals. We have animals by our side for educational purposes so that we can let children and teenagers see them closely. It made me think about that. I became afraid of going to the zoo.”

She became emotional as she shared, “When I saw the poached elephants, I wondered how people could be so cruel. It was an unforgettable August for me. It made me think that many elephants are probably killed and disappear around that time every year in August and in the warm spring. I can’t explain it in one word. I’ll have to think about it over and over again.” 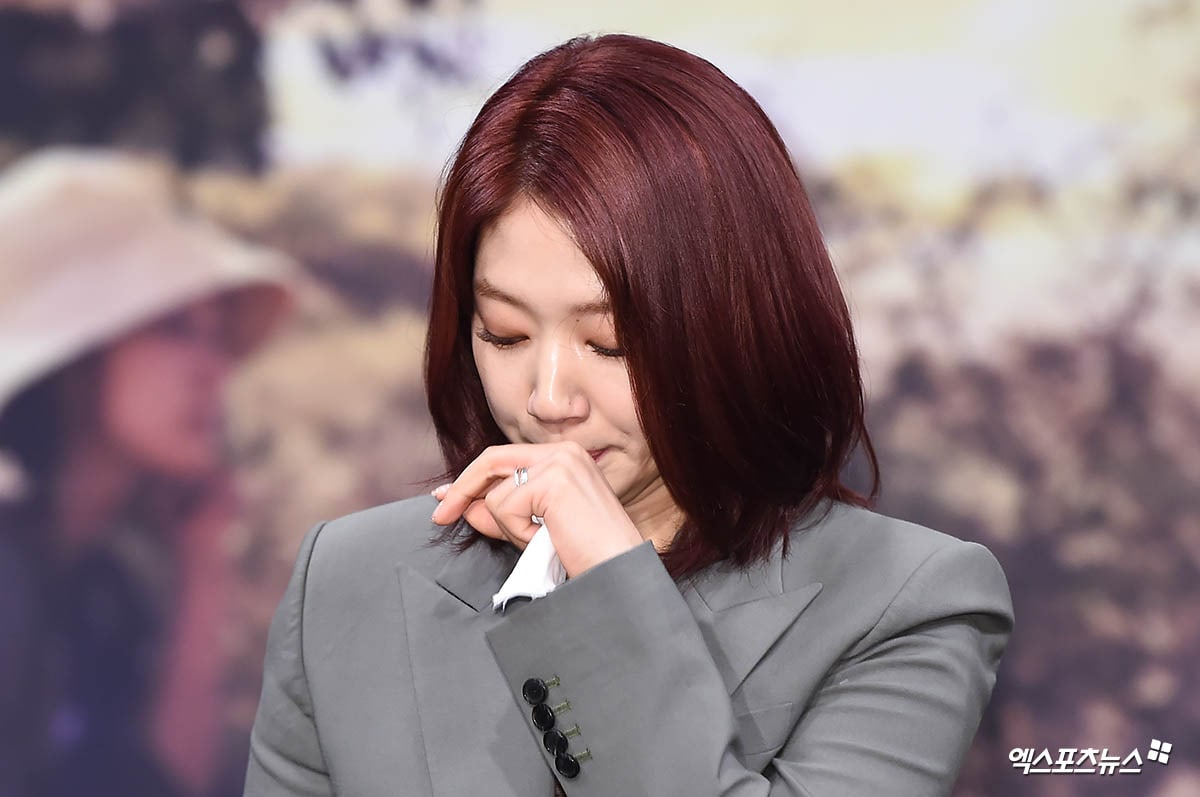 Park Shin Hye commented, “If humans avoided or harmed animals to protect and survive when our civilization was not developed previously, now it seems that humans cause danger. If you go to Botswana, there are elephant signs. In Korea, there are signs to watch out for wild animals, so it was an unfamiliar experience seeing the elephant signs in Botswana. Humans set up roads to pass through. I heard that driving at night causes many accidents from running into elephants. I saw an elephant passing by as I moved around at dawn. I felt like I could co-exist with it, and yet, I wondered if I had taken its road and felt sorry. Tens of thousands of thoughts came to mind. I still tear up strangely when I think about it.”

Then the actress said, “Since March, many elephants are said to rest under the trees as the rainy season passes, leaves grow on trees, and springs form in pools. From the sky, the elephants aren’t visible because of the dense trees, but poachers come to camp and poach elephants. More than 20 elephants were discovered last year, so when I looked around my surroundings just in case, I witnessed more than 20 elephants at the same site who died without their faces. My hands still tremble when I think about them now. It was a frightening, angry, and alarming moment.” 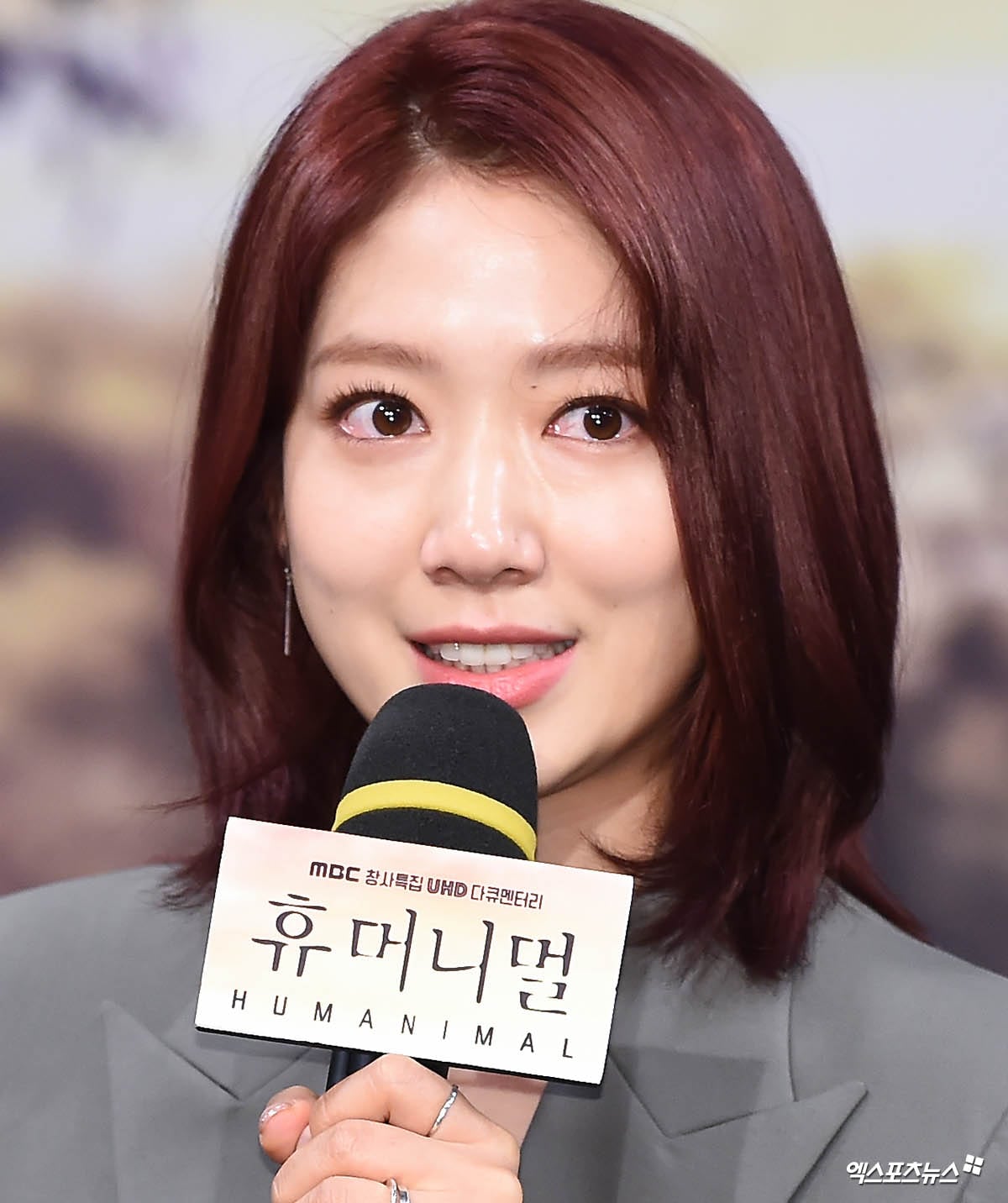 Watch a teaser for the program below:

Park Shin Hye
XPN
Humanimal
How does this article make you feel?