Kang Han Na got an adorable phone call from Kang Ha Neul to congratulate her debut as a radio show host!

On the January 6 broadcast of “Kang Han Na’s Volume Up,” the new DJ shared, “I told the producers during our first meeting that I wanted to try phone calls. But now they’re saying there’s someone on the phone,” before answering the call. 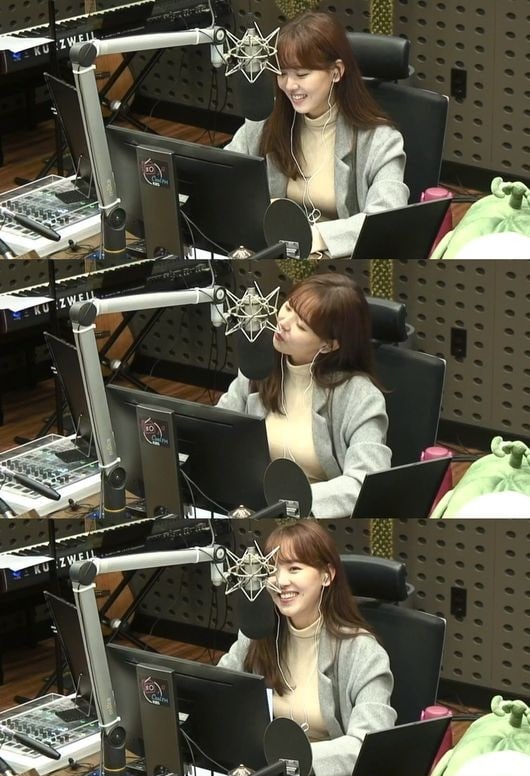 Kang Han Na shared, “I don’t know if I should speak formally or informally,” before asking how he’s been. Kang Ha Neul said, “I’m currently in the play ‘Fable of Fantasy,’ but today we don’t have a performance. I’m calling during practice.” Kang Han Na answered that she really wanted to go see the play but heard it was sold out. Kang Ha Neul replied, “There are still shows left. It’d be great if you came to watch.”

When asked why he began a play right after finishing “When the Camellia Blooms,” Kang Ha Neul answered, “I’m doing it because I want to. Aren’t you also hosting this radio show because you want to? It’s good to see.” After Kang Han Na congratulated Kang Ha Neul on his end-of-year awards, he shared, “I didn’t get to say ‘Happy New Year.’ Happy New Year!”