With only the finale remaining for tvN’s “Psychopath Diary,” actors Yoon Shi Yoon, Jung In Sun, and Park Sung Hoon have personally chosen their top scenes from the drama!

Take a look at the actors’ favorite scenes below!

Yoon Shi Yoon shared, “It was a meaningful scene in which the pushover Dong Shik first showcased his psychopath nature.” He added, “In order to give a dramatic change, the director and I personally paid special attention. When I saw the scene in the episode, I was proud that my effort had been worth it.”

Furthermore, Yoon Shi Yoon also chose the ending of episode 12 in which Yook Dong Shik recalled his identity. While in prison due to the scheme of Seo In Woo (Park Sung Hoon) scheme, Yook Dong Shik learned the truth with the help of Shim Bo Kyung (Jung In Sun) and Mr. Oh (Lee Hyun Woong). Yook Dong Shik said, “It wasn’t real…” as he recalled the truth.

Yoon Shi Yoon shared, “I tried hard to portray both Dong Shik’s empty and resentful feelings when he learned that he wasn’t a predator and killer as well as his relief after learning that he hadn’t killed anyone.” He added, “If I really were Dong Shik, I don’t think any words could express my feelings in that situation.”

The actress chose the moment in which her character became confident that the case involved a serial murder when she spotted the same bloody fingerprints from the crime scene of her grandmother’s case on the items left by the deceased homeless person. Jung In Sun shared, “I think that the scene is important to the story as it revealed the existence of a ‘predator killer’ to the world thanks to the evidence and pattern Bo Kyung discovered and thanks to the profiling.” She added, “At the same time, the scene began the soundless battle between Dong Shik, Bo Kyung, and In Woo.”

Furthermore, Jung In Sun chose the scene from episode five in which she yelled at the parents who were trying to cover up their children’s mistakes. Although the children assaulted Yook Dong Shik, the parents tried to argue that it was assault by both parties. At this point, Shim Bo Kyung yelled, “Please shut up! You people as parents don’t seem to have any desires to teach, so I’ll do the teaching instead.” Jung In Sun explained that the scene was memorable as it was her first time swearing on a drama and because it was refreshing to yell at parents who were unable to act like adults. 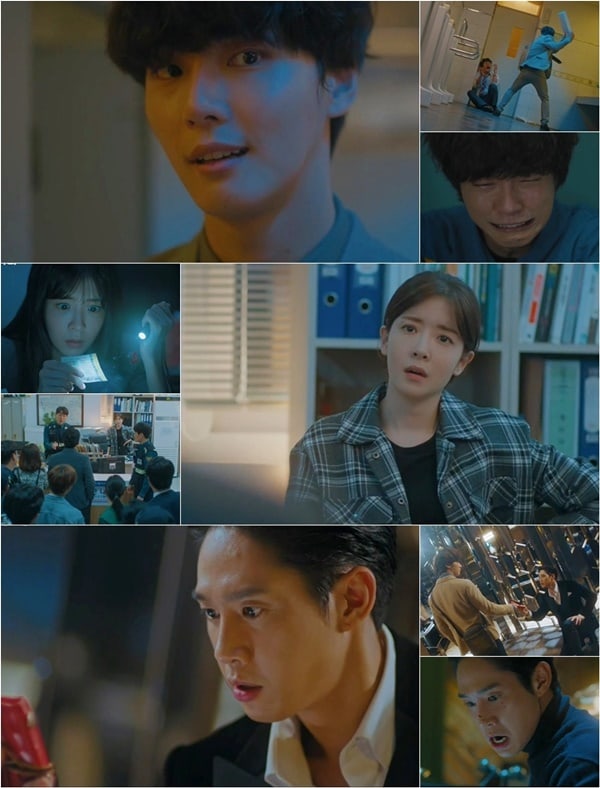 Park Sung Hoon chose the ending of episode four when Yook Dong Shik and Seo In Woo held the diary at the same time. Becoming certain that Yook Dong Shik was a similar type of person as him, Seo In Woo began to develop an interest in Yook Dong Shik. However, at that moment, the blood red diary fell from Yook Dong Shik’s grasp, causing a tense scene to arise in which both characters were holding onto the diary. Park Sung Hoon shared, “It was memorable because it was comically tense and fun like a romance, and it was an exciting scene that sparked curiosity.”

The actor also chose episode five in which Seo In Woo killed Joo Young Min (Yoon Ji Ohn) as one of the best scenes. Park Sung Hoon shared that it was a scene he worried a lot over, discussing with the director multiple times, but due to some issues, it was broadcast differently from what was filmed. He said, “The director was considerate and showed me the version before the edit, so I think that I will remember the scene for a long time with gratitude.”

“Psychopathy Diary” airs every Wednesday and Thursday at 9:30 p.m. KST.