BTS Reveals What’s In Store Ahead Of “Map Of The Soul: 7” Comeback

BTS is gearing up for their return with a new album by sharing a comeback map!

While BTS often surprises their fans ARMY with their comeback teasers, this time around they’ve given a schedule for what’s to come.

As per the group’s tradition, they’ll be kicking off teasers with a comeback trailer, which has usually featured a song by one member. This time around, the first comeback trailer is titled “SHADOW” and due out on January 10 KST.

BTS will release their first single for the album on January 17, as well as an art film performed by MN Dance Company.

On February 3, fans will be treated to a second comeback trailer, this time titled “EGO.” The next day will be “CONNECT, BTS: NEW YORK CITY.”

Concept photos are up next in phase three, and they’ll be released over four days from February 10 to 13. The track list for the album will finally be unveiled on February 17.

BTS’s album “Map of the Soul: 7” is due out on February 21. In addition, the comeback map shares that on that day they’ll be releasing “Kinetic Manifesto Film: Coma Prima” performed by BTS for their lead single.

On February 28, the official music video for their lead single will be shared. 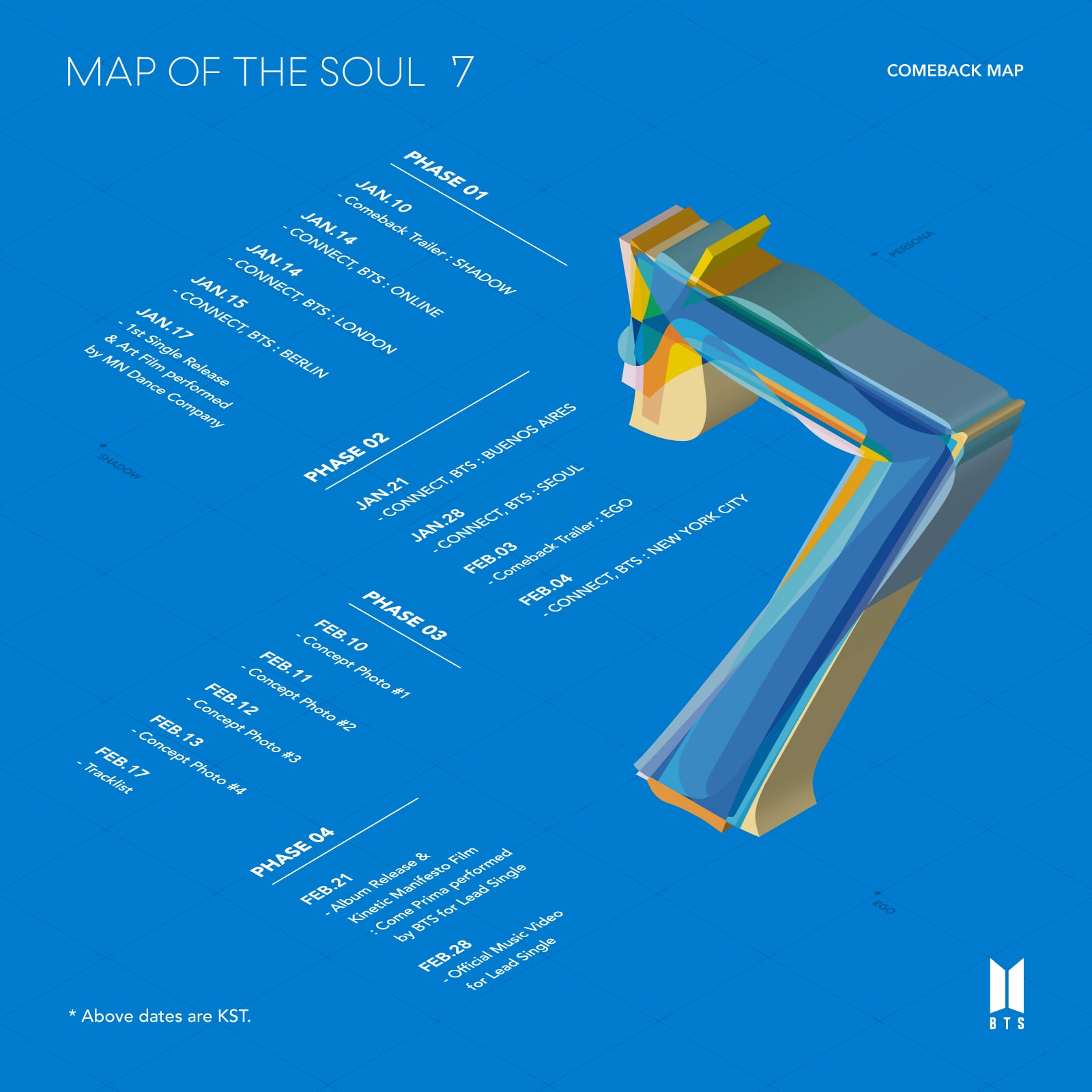