“Rugal” is a sci-fi action thriller about an elite detective who attempts to bring down a nationwide criminal organization named Argos. In the process, he is targeted by Argos, loses his wife and eyes, and is framed for murder. He then receives a set of artificial eyes with special biotechnological abilities developed by an organization named Rugal, which helps him in his quest for revenge against Argos. 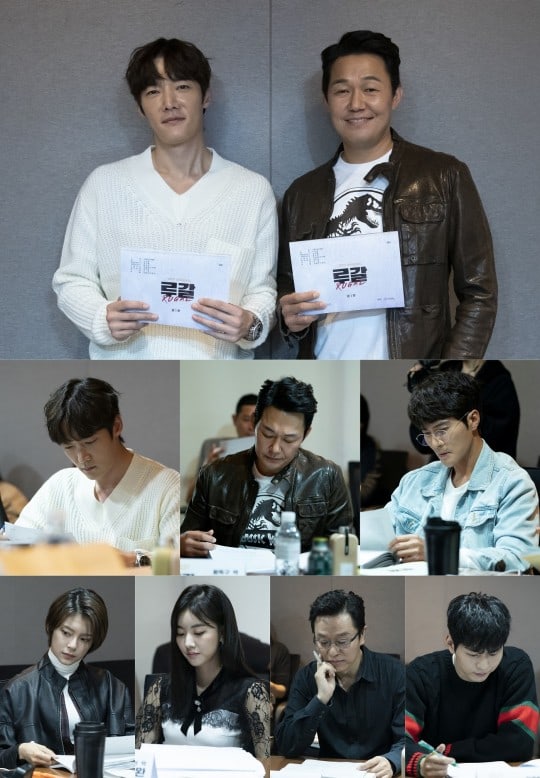 It was previously announced that Han Ji Wan will be playing Choi Ye Won, the girlfriend of Argos’s president Ko Yong Deok, Jung Hye In will be playing Song Mi Na, a homicide detective who was presumed dead but is secretly a Rugal member, and Park Sun Ho will be playing Lee Kwang Chul, a young police officer attacked by Argos and rescued by Rugal’s leader.

At the reading, Choi Jin Hyuk referenced his previous OCN drama “Tunnel” and said that he hoped to reach even greater heights with “Rugal.” Park Sung Woong got into character and joked, “Whether you’re on my side or not, I’ll mess you all up.”

The production staff of “Rugal” stated, “It was a passionate and exciting script reading due to the cast members’ unique acting, charisma, and synergy. Please look forward to the fiery exploits of Korean-style action heroes with a unique outlook on the world.”

“Rugal” is expected to premiere sometime in March.

Check out the video of the script reading below!