On the January 9 broadcast of the radio show, IU was asked about her song “Love Poem” beating out “Blueming” to win an award in the Monthly Digital Music category at the recent 9th Gaon Chart Music Awards.

“It’s sad, but ‘Love Poem’ is a good song. I wasn’t very happy about it, but I’ll accept it. IU is doing well these days, so I’ll try harder next time,” IU joked.

Kang Han Na then asked the singer how she felt when her songs were No. 1 and No. 2, to which IU responded, “It’s fun. But I’m a person too, so I can’t help but favor one song over another. When the song I favor wins, I feel good, but when the song I supported a little less wins, it feels refreshing and nice.” 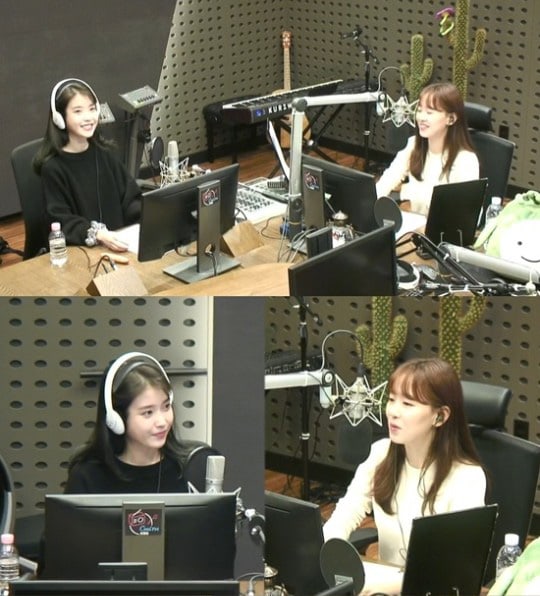 She revealed the hair tie sitting on her wrist and commented, “Umji from the girl group GFRIEND came to my concert and gave this to me as a present. I loved it, it was really cute of her. She wrote in the letter, ‘I’m sure you receive a lot of presents, so I’ll win with practicality,’ and gave me this gopchang hair tie set. This is my favorite item, and I use it everyday.” 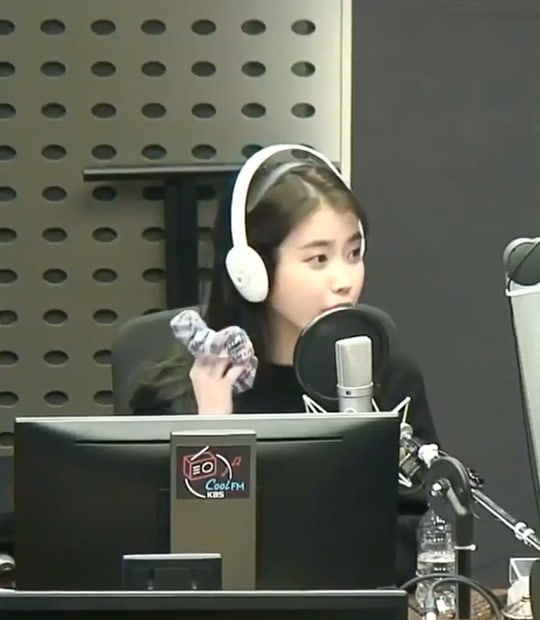 IU continued, “Other members of GFRIEND came [to the concert] as well and brought me gifts. I want to take this time to express my gratitude to GFRIEND.”

The singer then showed her support for Kang Han Na by offering to create a theme song for her friend’s radio show.