At the helm of the drama is director Yoo Jae Won, whose previous works include “Oh My Ghostess” and “Tomorrow With You,” and writer Kwon Hye Joo, who penned “Go Back Couple.”

In the new poster, Jo Kang Hwa and Oh Min Jung (played by Go Bo Gyeol) are reading Jo Seo Woo (played by Seo Woo Jin) a book. However, Seo Woo’s eyes are drawn to the end of the sofa, where Cha Yu Ri is perched, giving her daughter a smile and holding her finger to her lips. The poster reads, “Shh! It’s a secret that I’m watching!”

A source from the drama said, “The drama will make you reflect on the important things in life, through the stories of ghost mom Cha Yu Ri as well as other ghosts, with warm hearts and stories of their own.”

“Hi Bye, Mama!” premieres in February following the conclusion of “Crash Landing on You.” 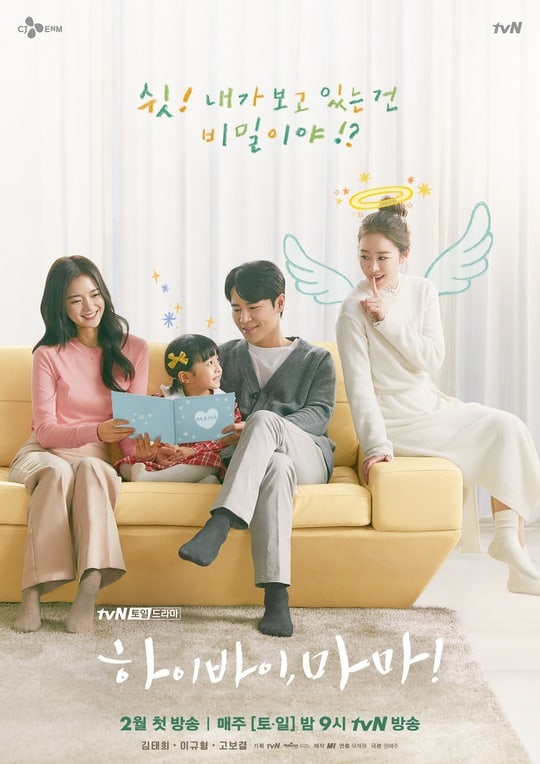