Yeonwoo will be going for the Ariana Grande look for Channel A’s Friday-Saturday drama “Touch”!

“Touch” is a drama that follows the story of an unemployed makeup artist Cha Jung Hyuk (Joo Sang Wook) and failed idol trainee Han Soo Yeon (Kim Bo Ra) as they work towards their new dreams.

Yeonwoo plays the role of Jung Young Ah, a broadcast jockey (BJ) of a show that combines mukbang (eating broadcast) and beauty. With her unique transformation makeup setting her apart from the others, she’s showcasing various makeup looks along with Han Soo Yeon who has exceptional talent for makeup. In a recent episode, Jung Young Ah even shocked viewers with her transformation into Joker.

In the newly released stills, Jung Young Ah is showcasing both her innocent and sexy charms with her captivating Ariana Grande style makeup. With her wide array of transformations, Jung Young Ah is already stealing the show as viewers anticipate her next makeup look. 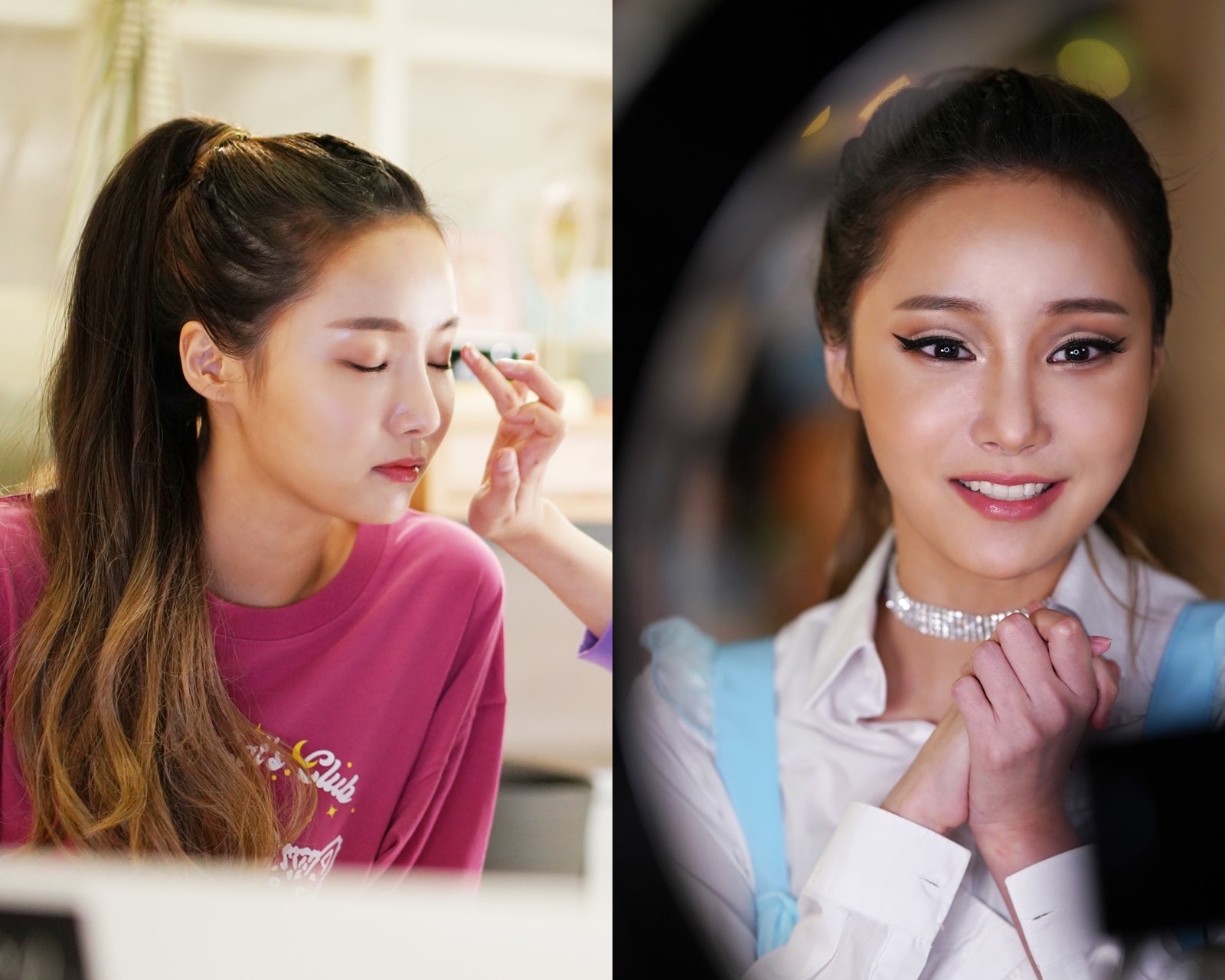 Touch
Yeonwoo
How does this article make you feel?