On the January 11 episode of “Ask Us Anything,” the actor appeared as a guest along with film “Secret Zoo” co-stars Kang Sora, Kim Sung Oh, and Jeon Yeo Bin.

During the show’s introductory quiz segment where the cast members learn facts about the guest, Ahn Jae Hong said, “I went to Argentina to film ‘Traveler 2‘ with Kang Ha Neul and Ong Seong Wu. There, the three of us became really close. What do you think the reason was?”

Kang Sora guessed that they went to the bathhouse together, while Seo Jang Hoon took a different route and brought up the possibility that the three actors bonded during the long flight to Argentina. Both of them were wrong, and Ahn Jae Hong gave them a hint that the three actors found a similarity between them. 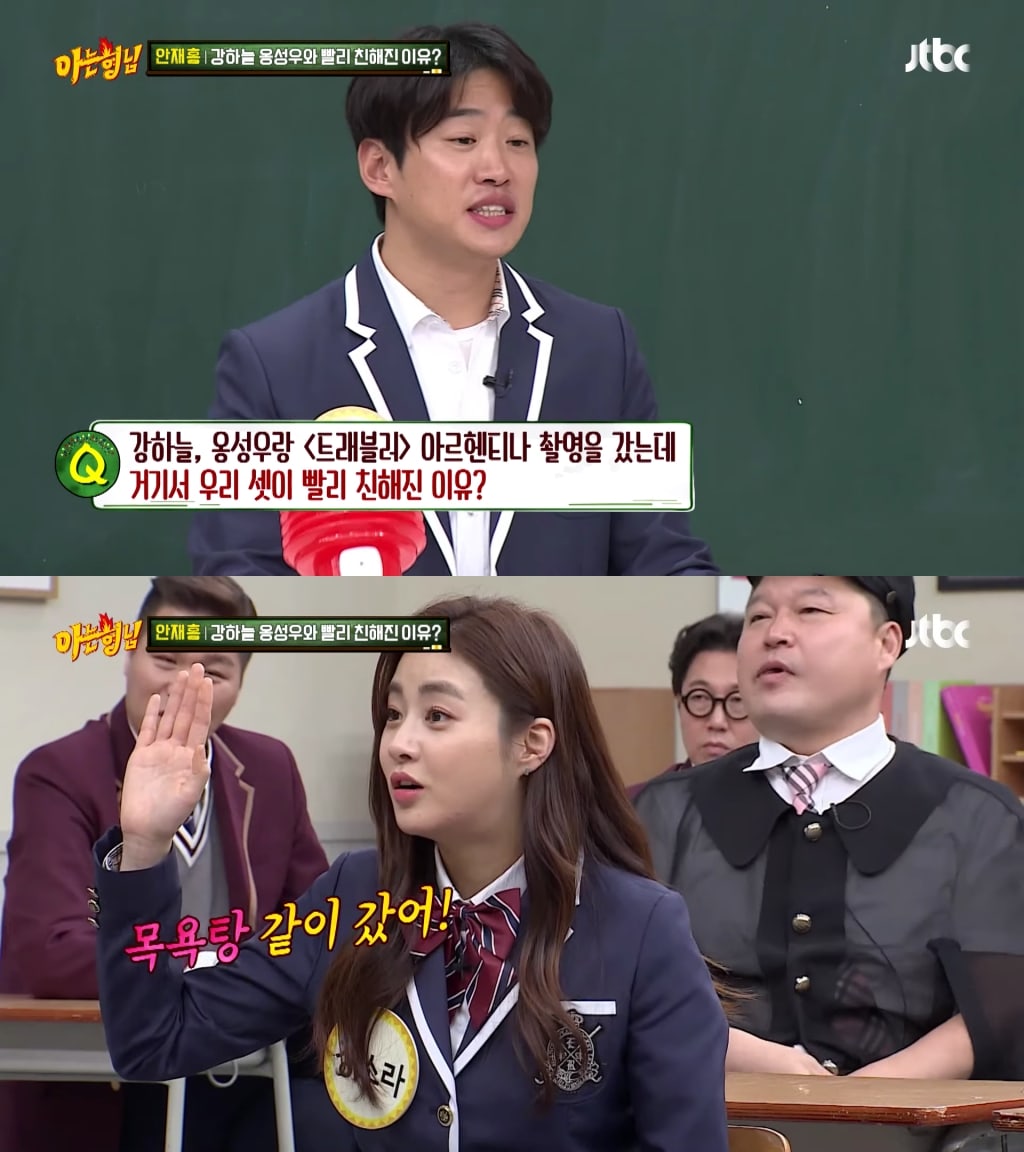 Kim Young Chul said, “When people get close, speaking positively is good, but people also get close while talking about someone behind their backs. The three of you began talking about [former ‘Ask Us Anything’ and current ‘Traveler’] producing director (PD) Choi Chang Soo.” Lee Soo Geun joked, “You guys started talking about season one ‘Traveler’ cast member Ryu Jun Yeol.”

Both answers were wrong, and Seo Jang Hoon gave it another try. “You guys were on your way to Argentina,” he said. “There’s not much to talk about when you first meet someone. But what comes to mind when you think of Argentina? You became close while talking about Argentinian soccer players like [Lionel] Messi and [Diego] Maradona.”

Although Seo Jang Hoon’s answer was wrong, the cast members continued guessing it had something to do with soccer. Kang Ho Dong finally guessed the correct answer, saying, “The three of you got close because you knew nothing about soccer in a country known for soccer.” 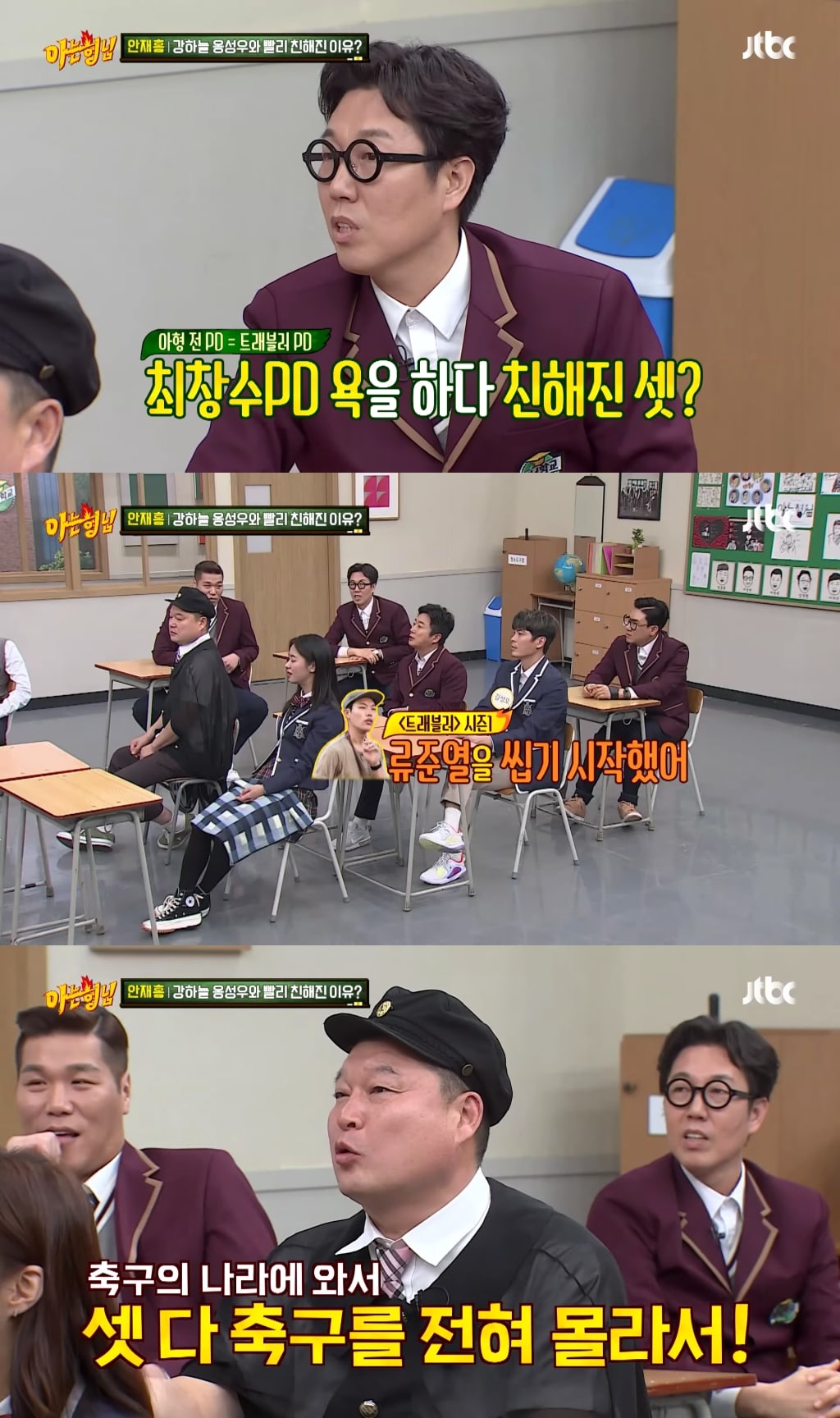 Ahn Jae Hong explained, “I don’t really like soccer. When we were in Argentina, Messi became the first soccer player to win the Ballon d’Or for the sixth time. I knew what the Ballon d’Or was, but [Kang Ha Neul and Ong Seong Wu] didn’t even know what that was.” The Ballon d’Or is an annual soccer award that honors the best players of that year.

He continued, “When men gather, they usually talk about soccer or video games. But because the three of us don’t really like and don’t know a lot about soccer, we had experience being outcast in those kinds of situations, and it became a chance for us to quickly get close.” 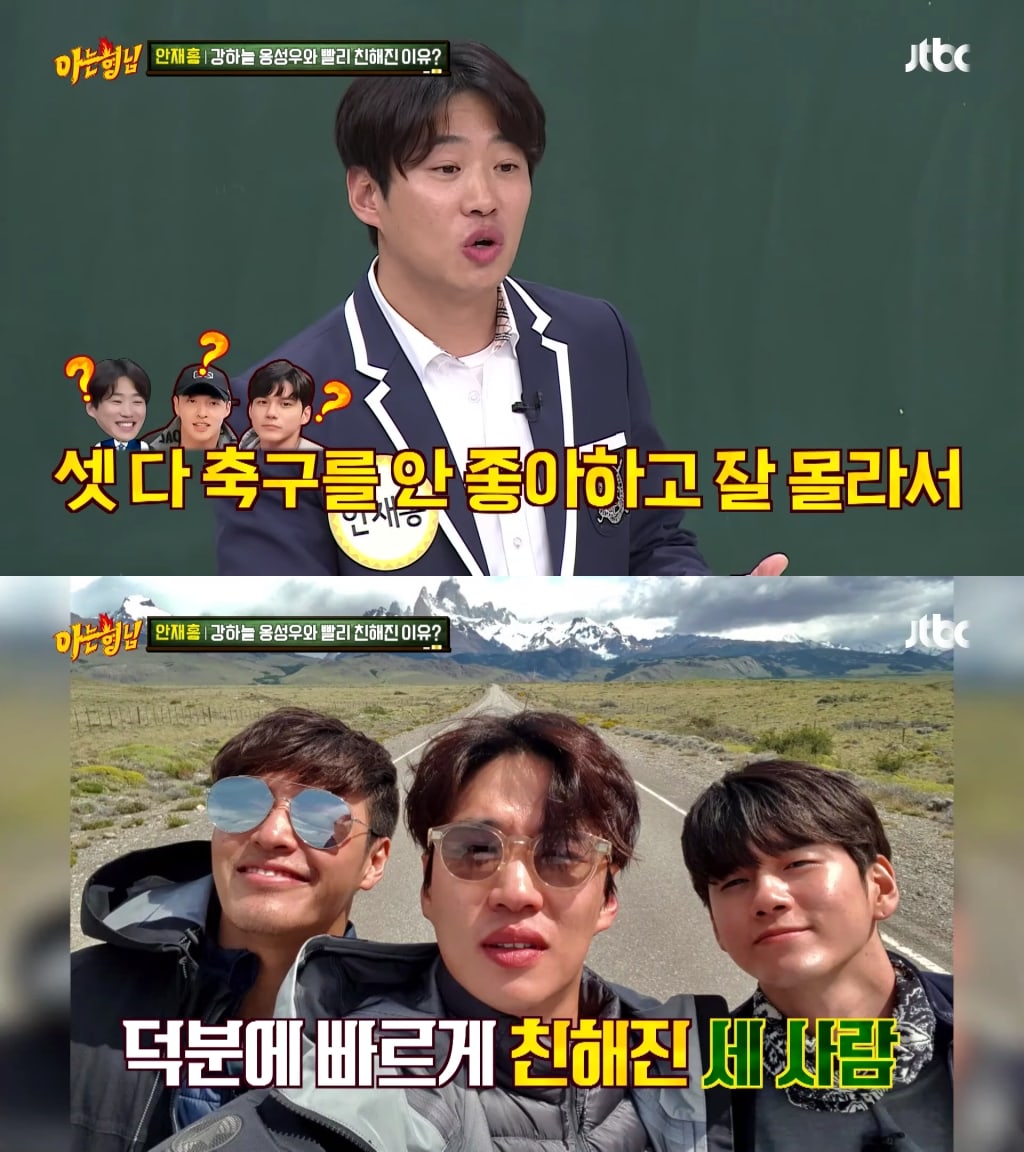 Ahn Jae Hong
Ask Us Anything
Kang Ha Neul
Ong Seong Wu
Traveler 2
How does this article make you feel?