MAMAMOO’s Solar will be joining forces with Kassy for an exciting new collaboration!

On January 13 at midnight KST, MAMAMOO officially announced that Solar and Kassy would be teaming up to release a brand-new song later this week. The track, entitled “This Song is Pretty Old” (literal translation), will drop on January 16 at 6 p.m. KST. 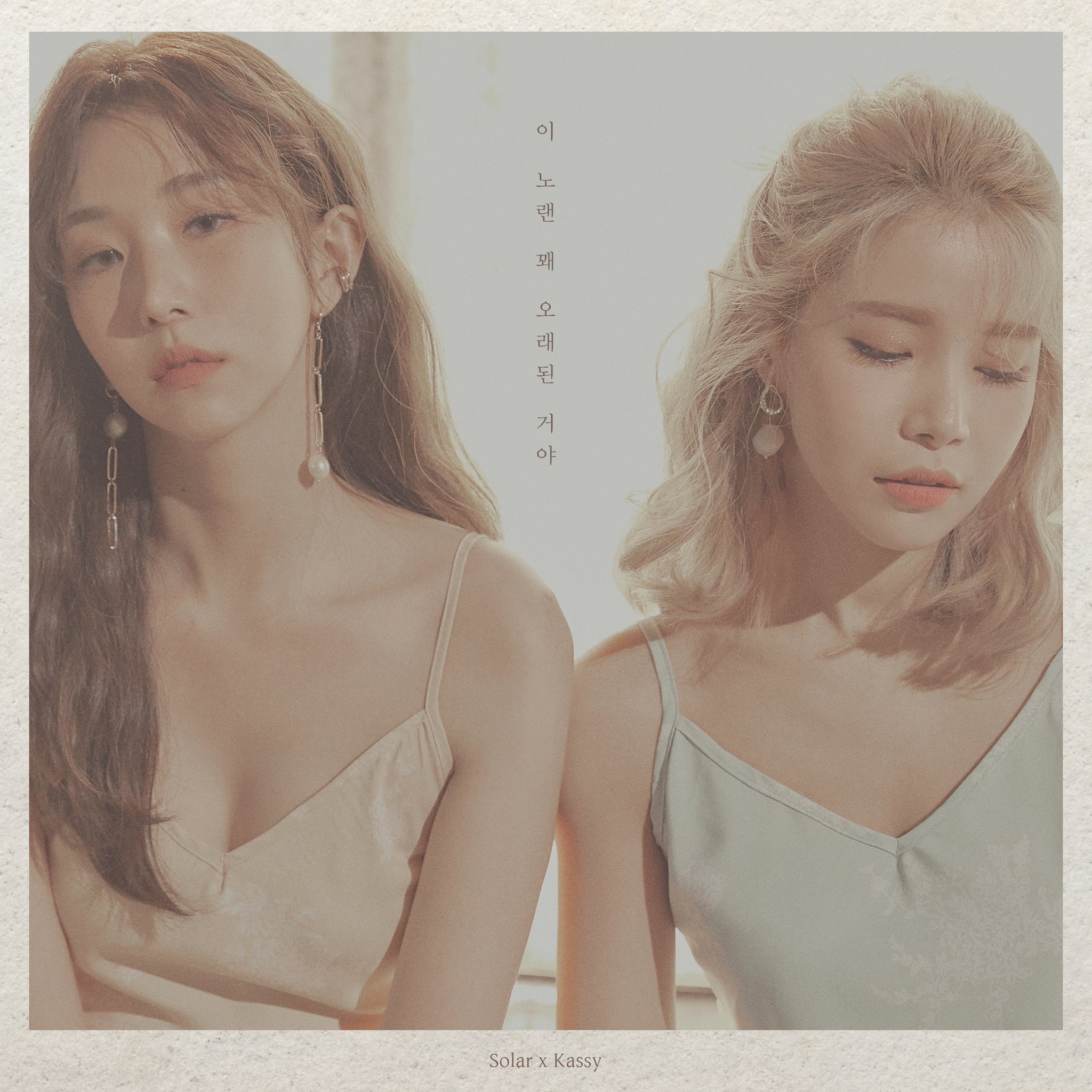 Kassy, who first rose to fame on the third season of Mnet’s hit show “Unpretty Rapstar” back in 2016, has recently released a string of hit songs, including “The Day Was Beautiful” and “Story of Night Fall.”

Are you excited to see what Solar and Kassy have in store?

MAMAMOO
Solar
Kassy
How does this article make you feel?