Jun So Min took her relationship with Yang Se Chan to the next level on “Running Man”!

During the January 12 episode of the SBS variety show, Jun So Min and Yang Se Chan’s will-they-or-won’t-they dynamic continued to invite the merciless teasing of their fellow cast members.

Early on in the episode, Jun So Min faced a mission in which she had to eat a bowl of black bean noodles (jjajangmyun) in a short amount of time. As she hurriedly wolfed down the noodles, Yang Se Chan suddenly rushed to her side to gently hold her hair back so that it wouldn’t fall into the messy sauce.

When Jun So Min paused to look up at Yang Se Chan in surprise, her partner Kim Jong Kook interrupted the moment by yelling, “Get back to work!” 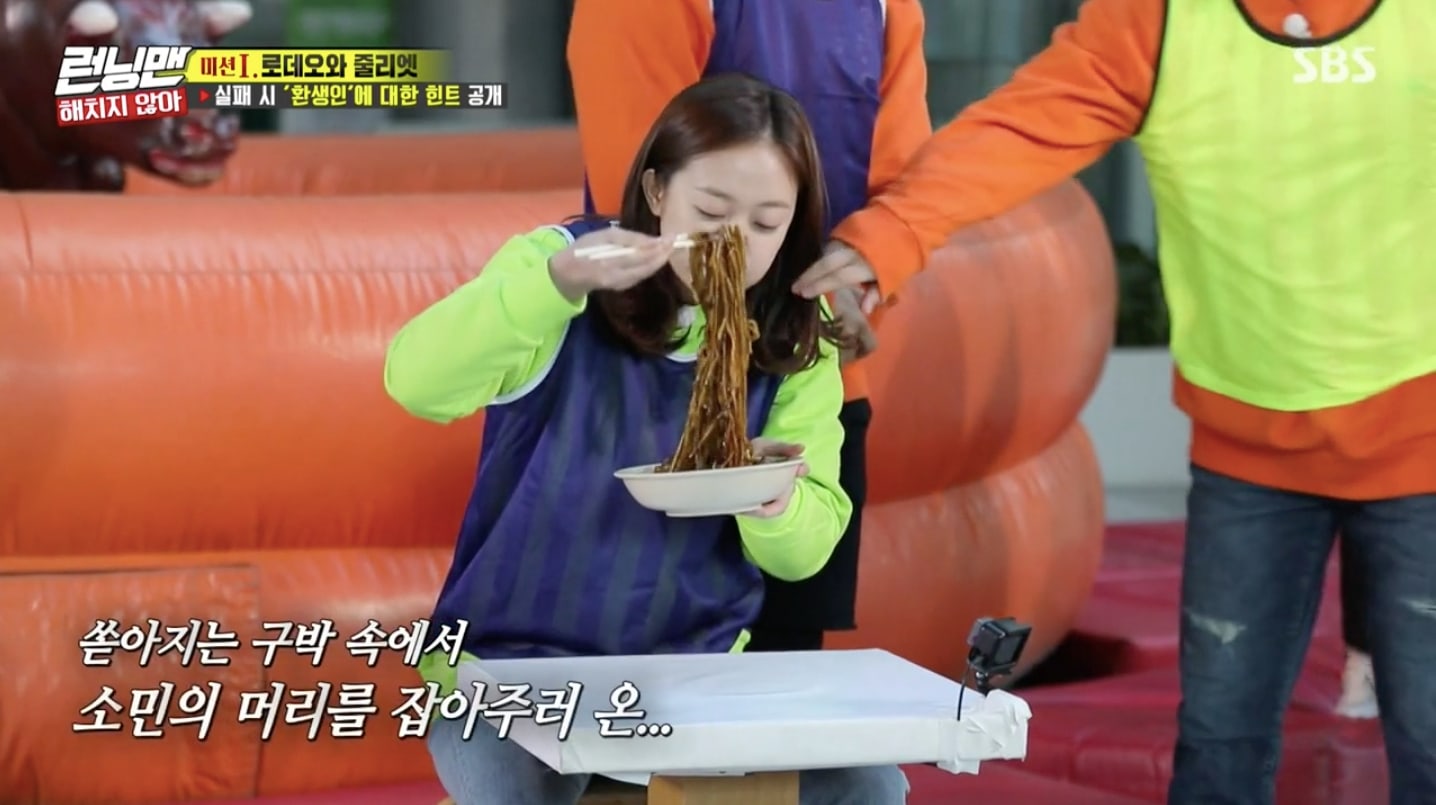 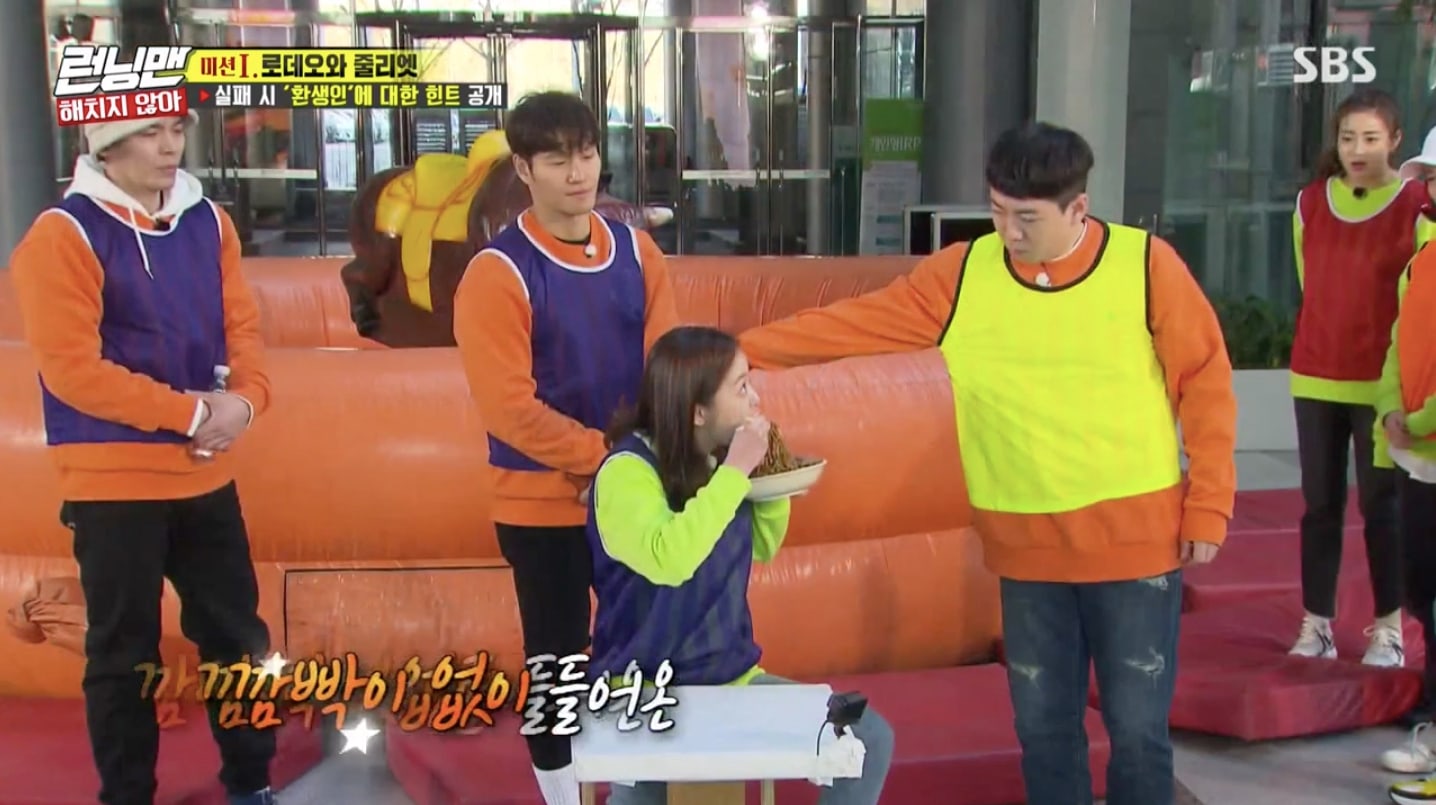 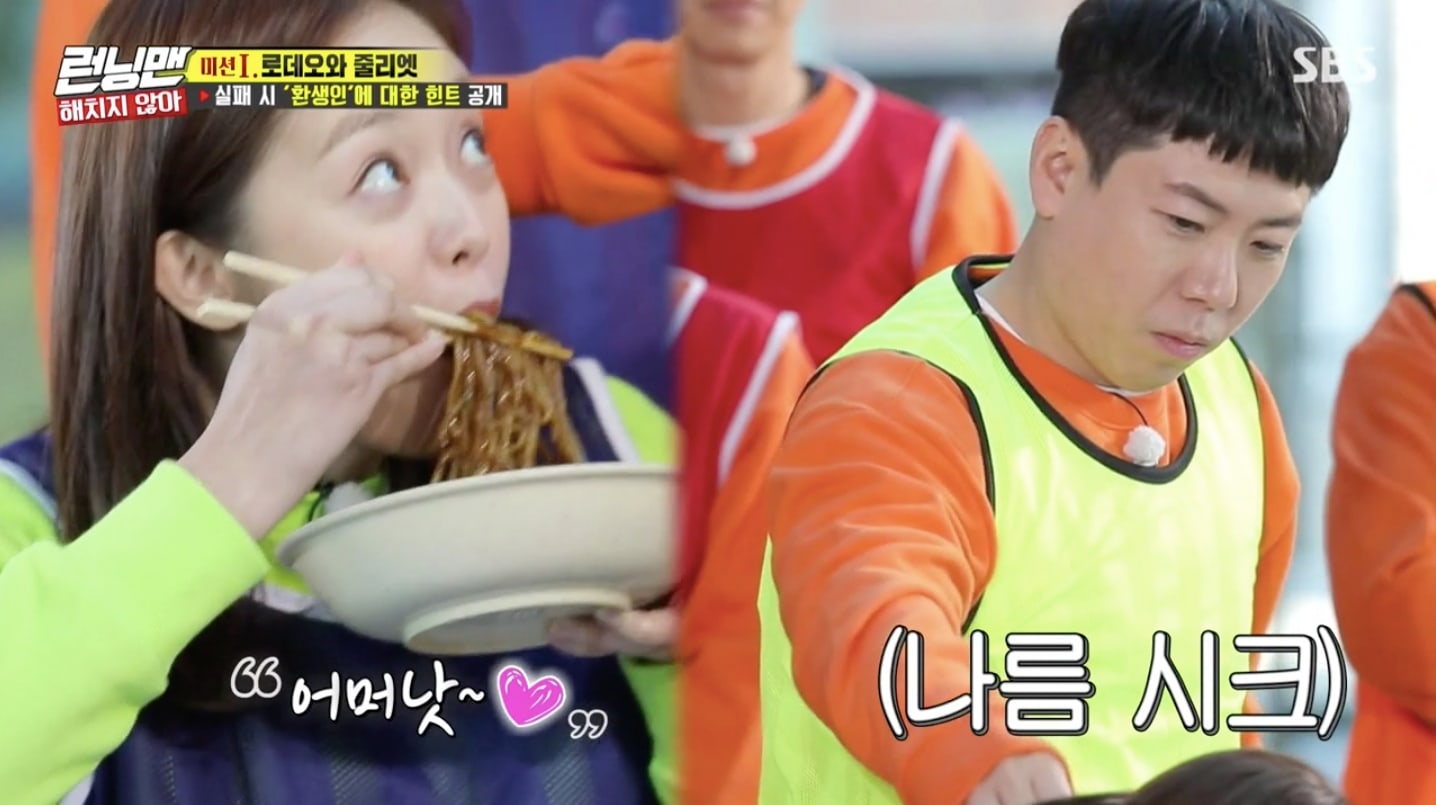 Later on in the show, Yang Se Chan and Lee Kwang Soo dressed up in inflatable animal costumes for a challenging game of charades. After seeing Yang Se Chan in his gorilla costume, Jun So Min shocked everyone by suddenly rushing into his arms for a hug. Yoo Jae Suk exclaimed, “Jun So Min, what is this? All of a sudden? What’s going on?” and Kim Jong Kook chimed in, “I thought you said you were just friends!” Jun So Min replied, “It was too cute! The gorilla. So cute.”

The actress then took things a step further by grabbing the face of Yang Se Chan’s gorilla costume and kissing it. As the cast cried out, “What are you doing?” Jun So Min explained, “Because it’s so cute! I’m just joking around.” 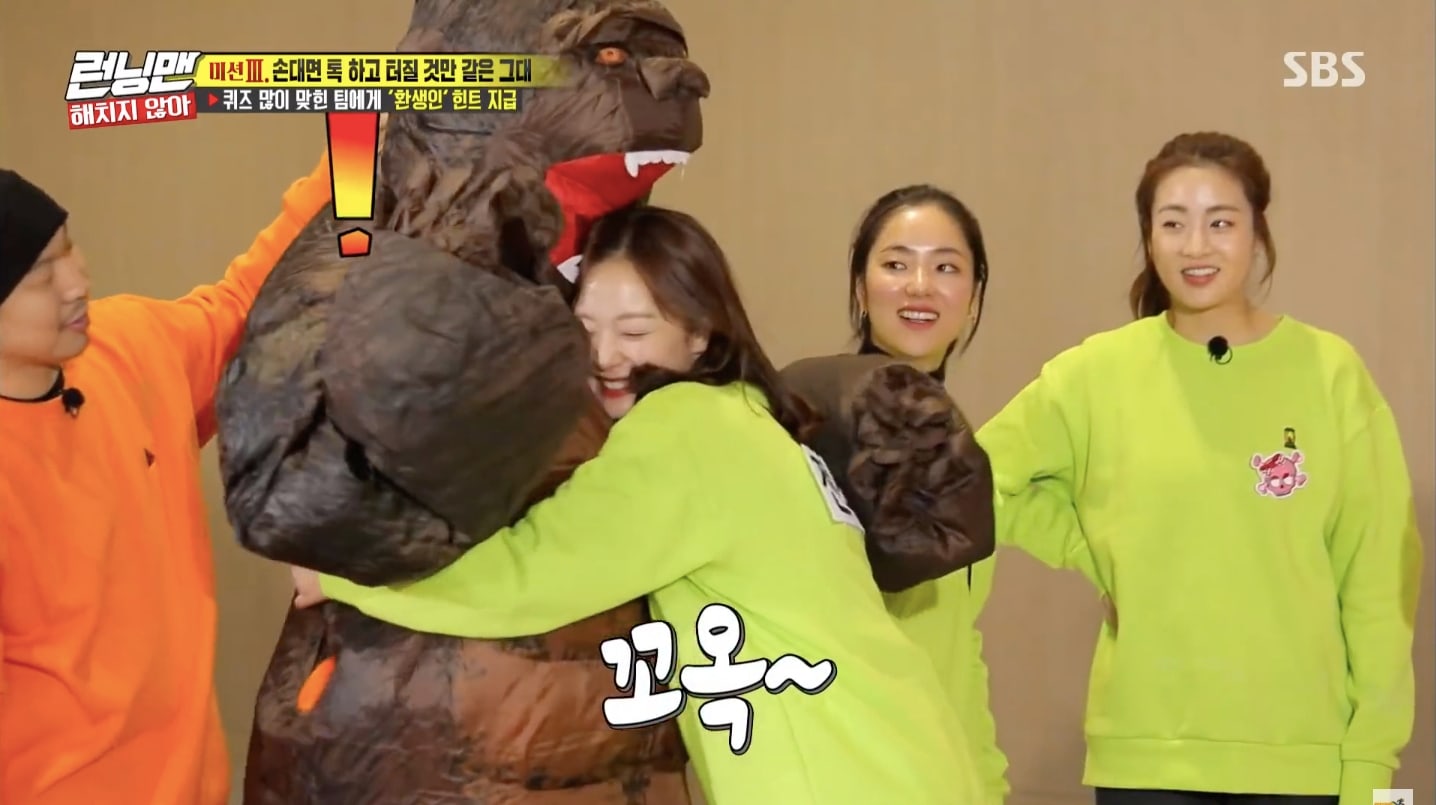 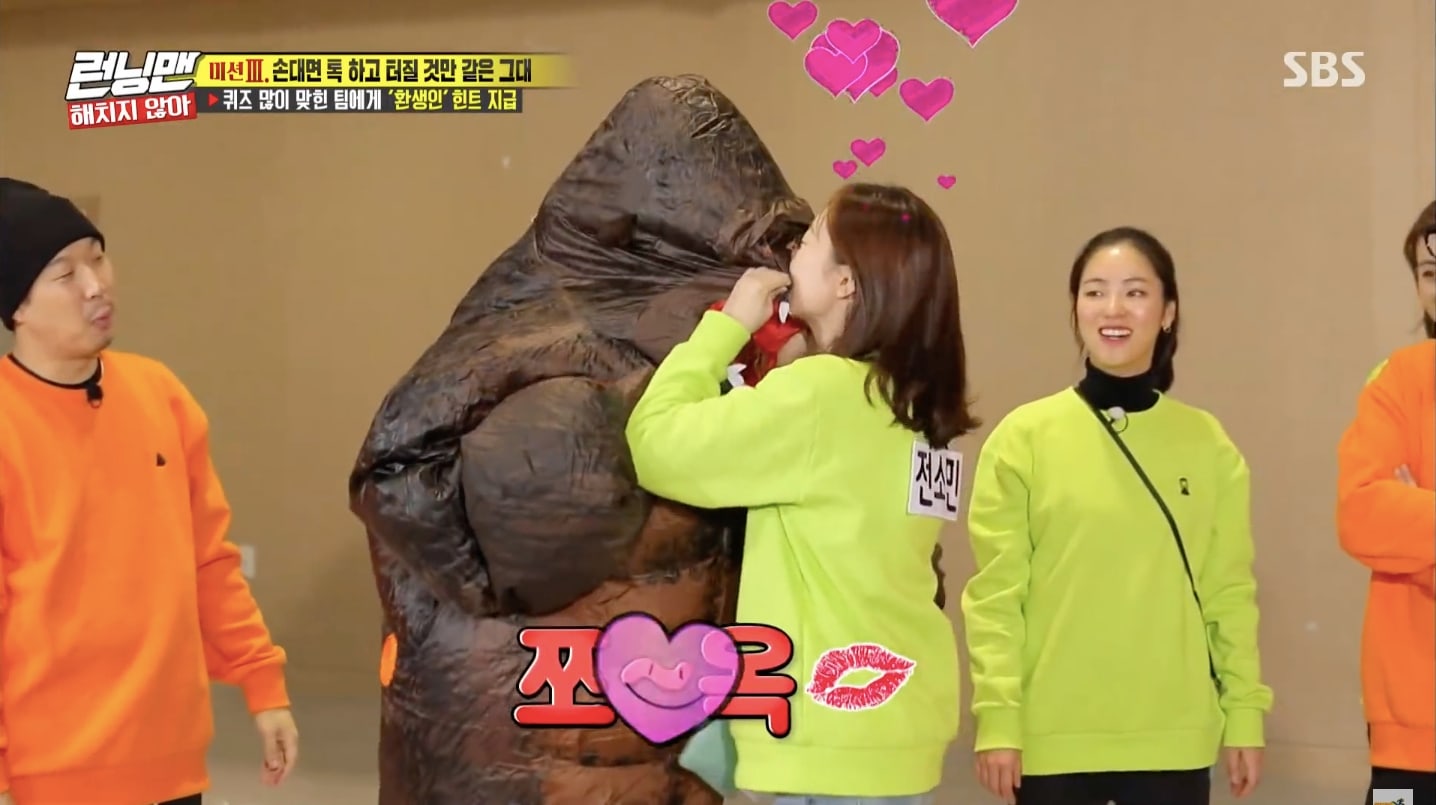 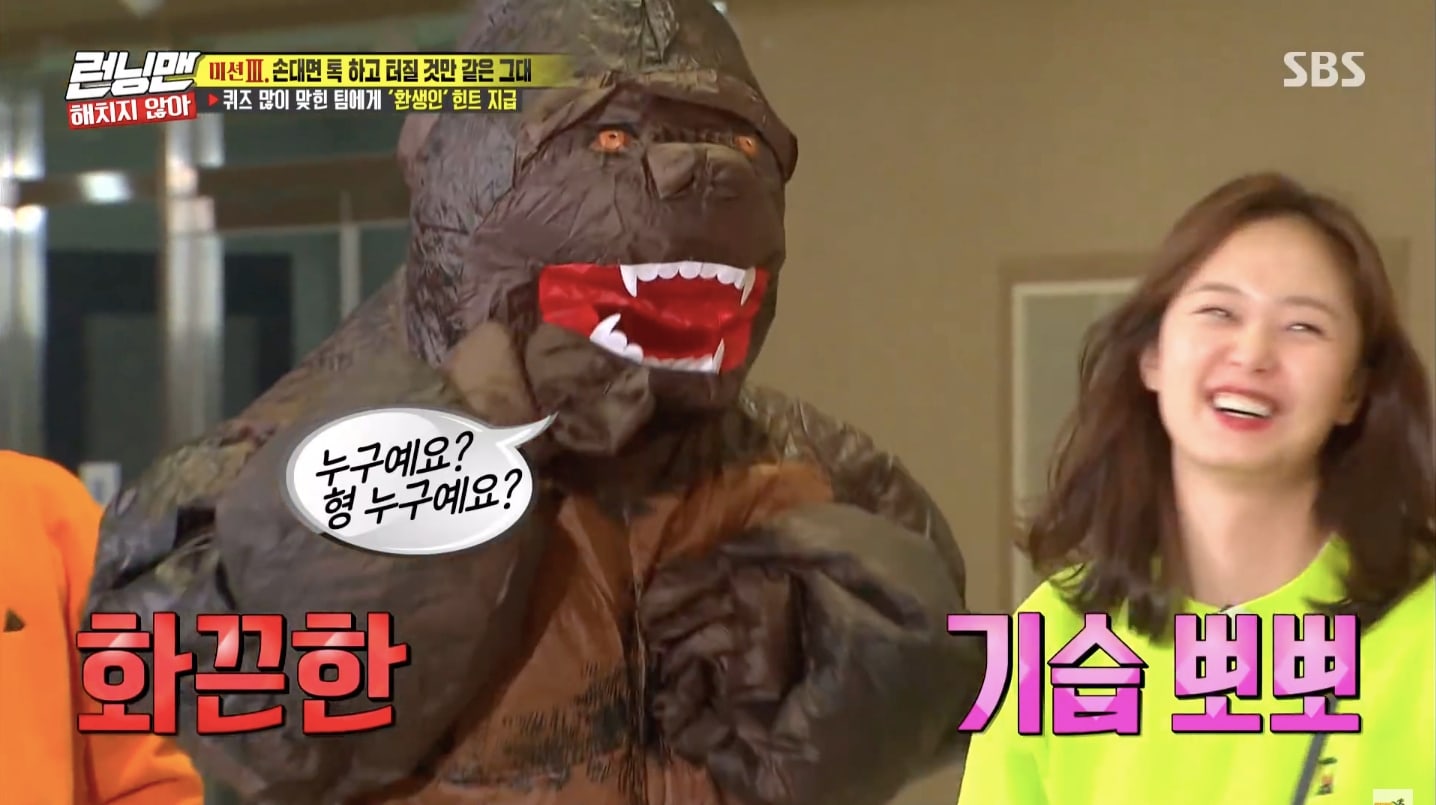 Turning to Lee Kwang Soo in his bear costume, she added, “The bear is cute too,” before jokingly punching the inflatable costume’s face.

Finally, towards the end of the episode, Yang Se Chan was attempting to convince Jun So Min that he was being falsely accused by Kim Jong Kook when she suddenly whipped out her phone and began filming him with it. Bewildered, both Yang Se Chan and Yoo Jae Suk asked, “What are you doing?” Jun So Min replied, “I’m recording this,” and Yang Se Chan laughed, “But why are you recording it with your phone, when there are all these cameras here?”

Yoo Jae Suk then teasingly asked, “You’re just recording this so that you can watch it later whenever you miss Se Chan, right?” 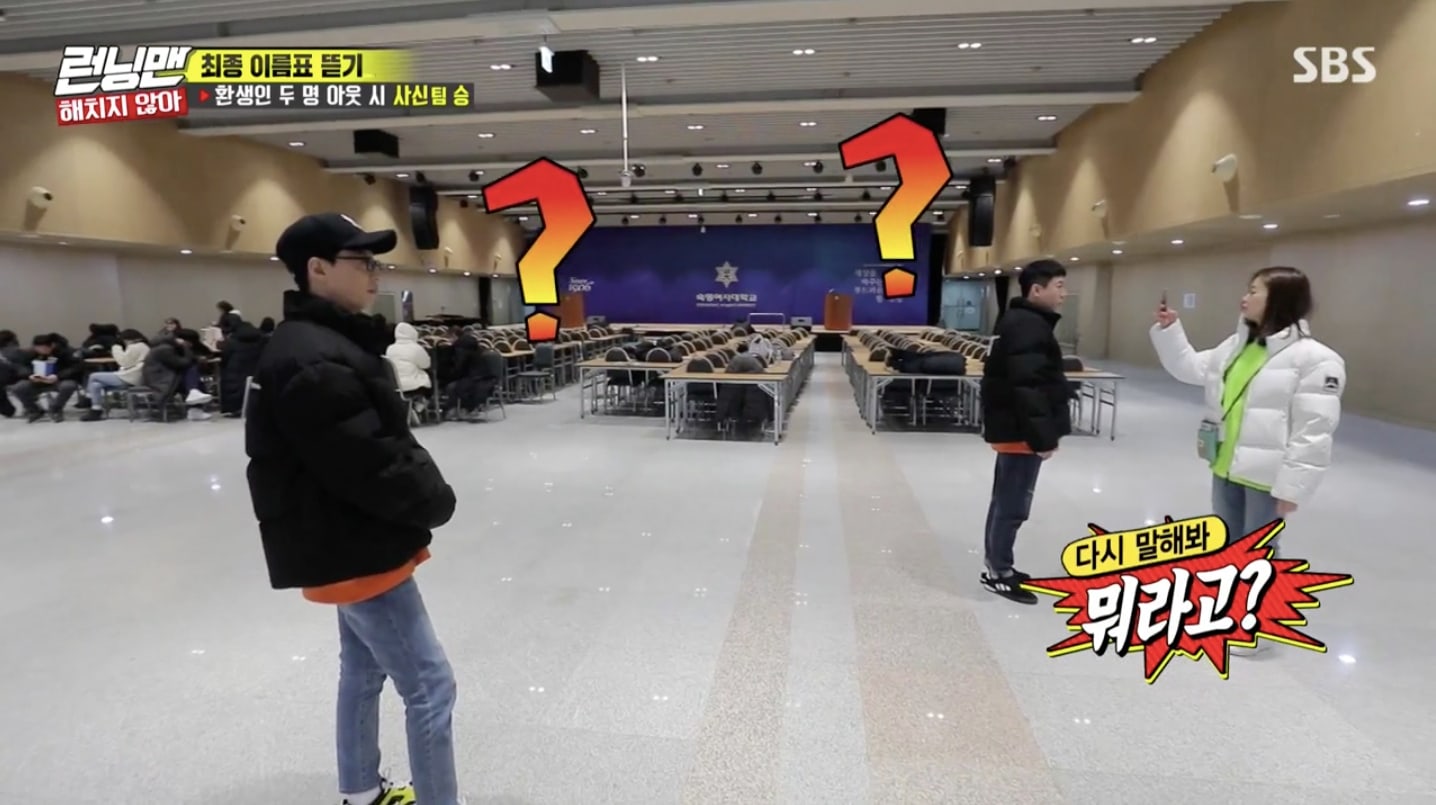 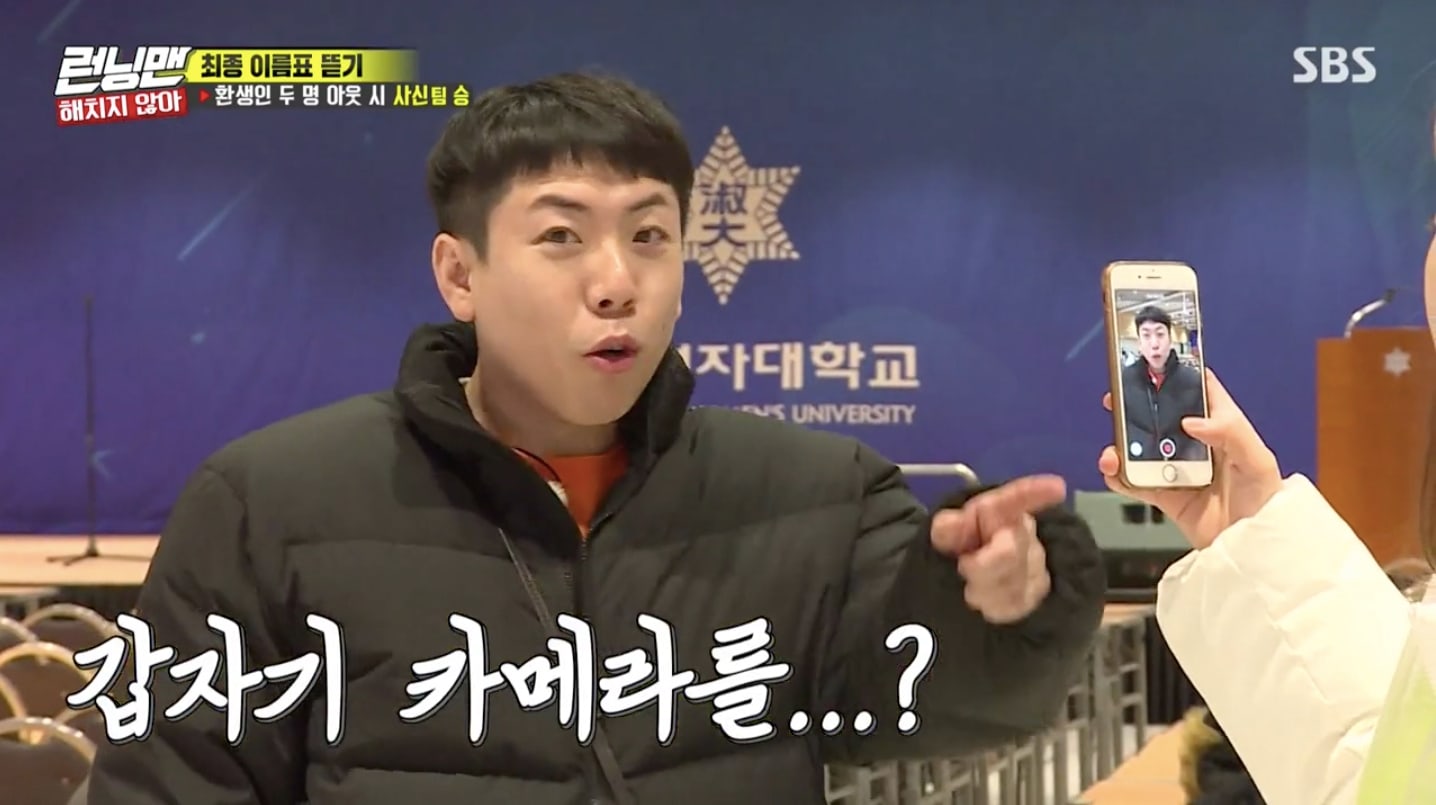 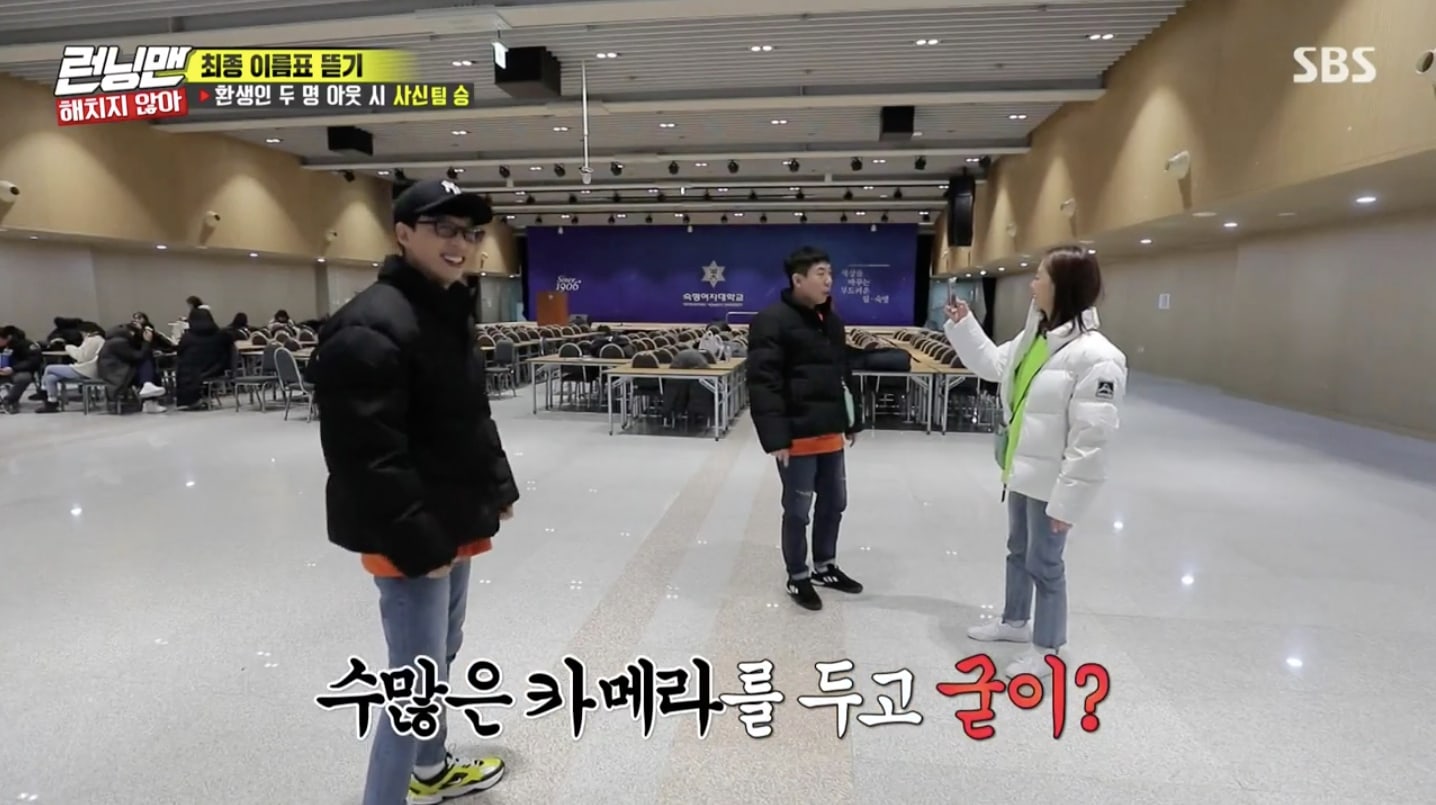 Do you think Jun So Min and Yang Se Chan would make a cute couple? Share your thoughts below!

You can watch the full episode of “Running Man” with English subtitles here: