Han Suk Kyu and Kim Joo Heon will be dueling in the upcoming episode of “Dr. Romantic 2.”

The second installment of “Dr. Romantic” tells the story of “real doctor” Kim Sa Bu (played by Han Suk Kyu), who works at the small, humble Dol Dam Hospital, and the people who meet him. Kim Joo Heon plays Park Min Kook, a doctor who will engage in an intense competition and confrontation with Kim Sa Bu.

In the second episode, Kim Sa Bu and Do Yoon Hwan (Choi Jin Ho) had a tense confrontation for the first time in three years. Do Yoon Hwan had returned to the post of the foundation’s chairman, and to make matters worse, Kim Sa Bu’s rival Park Min Kook made a sudden appearance at Dol Dam Hospital to take over his patient.

In the newly released stills, Kim Sa Bu and Park Min Kook are standing in front of the operating room in their medical scrubs, sharply divided over a patient lying on a bed. Unlike Kim Sa Bu who seems relaxed yet sincere, Park Min Kook glares fiercely at Kim Sa Bu and looks like he is about to explode anytime soon. 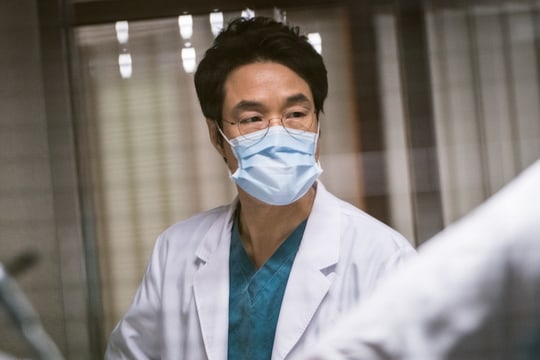 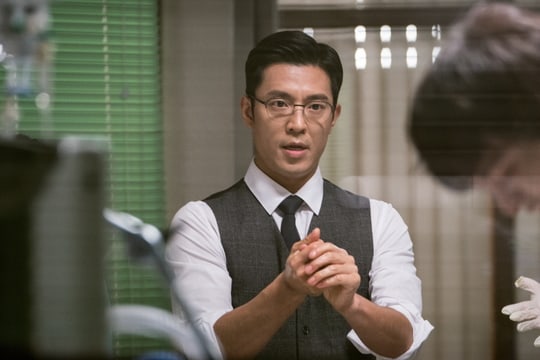 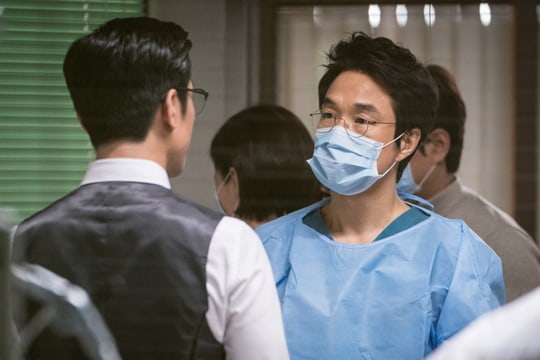 The scene was filmed at a set in Yongin of Gyeonggi Province last November. Han Suk Kyu and Kim Joo Heon, who had been busy trying to bring their emotions in line with the scene while preparing for the shooting, created a tense atmosphere with just their rehearsals. Actor Han Suk Kyu acted as a good example on the set by guiding Kim Joo Heon and the other actors.

In particular, the two actors heated up the scene by expressing the tense air of an extreme confrontation. Han Suk Kyu drew the viewers in with his deep gaze and voice while he portrayed Kim Sa Bu’s emotions as a genius eccentric doctor, and Kim Joo Heon stepped in the spotlight with his sharp eyes and fierce attitude as the competitive Park Min Kook.

The production company Samhwa Networks commented, “In the episode airing on January 13, the sharp conflict between Kim Sa Bu and Park Min Kook will begin to escalate in earnest. Please watch for the results of the highly tense opposition between the two men with formidable charisma.”