As tvN’s “Black Dog” moves into its second half, the production staff named three key points viewers should keep their eye on.

“Black Dog” tells the story of Go Ha Neul (Seo Hyun Jin), a temporary “short-term” teacher who struggles to keep her dreams alive amidst the bitter realities of her job. 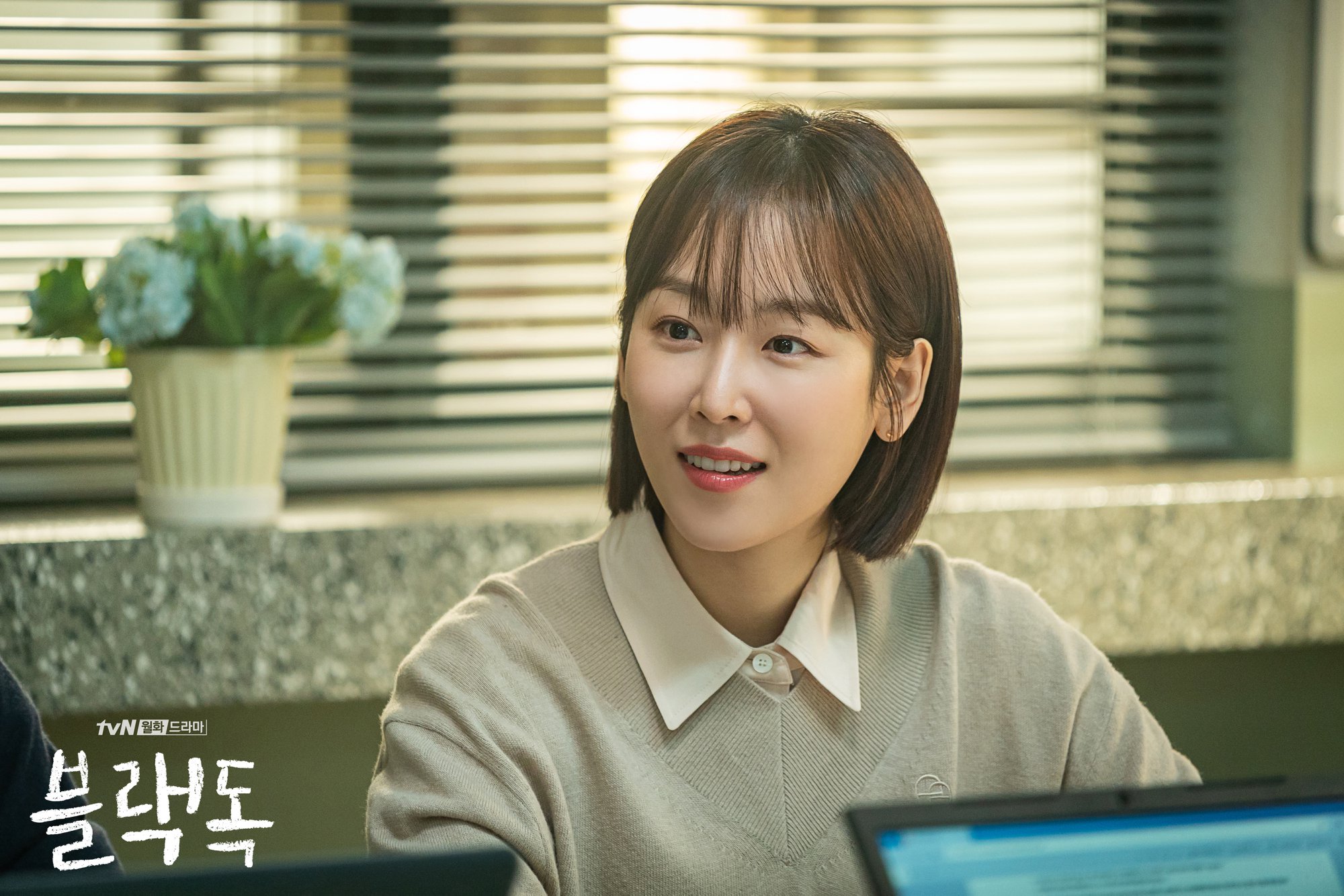 Go Ha Neul had a rocky entrance into the fragile and dangerous world of private high school education. Against her will, she was misunderstood as having gotten the job only through her personal connections. Although she struggled at first, she worked hard to solve problems from the students’ point of view and her small words and actions began making an impact on the school. Having experienced the pain of being a “temporary” teacher, she became determined to achieve full-time status.

If the first half of the drama was about a rookie teacher struggling to survive in the cutthroat world of education and slowly becoming a valued member of the admissions department, the second half will be about her maturing into a “real” teacher. A key point will be whether she can get full-time status to remain with the students with whom she has bonded and which has been her dream for so long.

The battle of college admissions 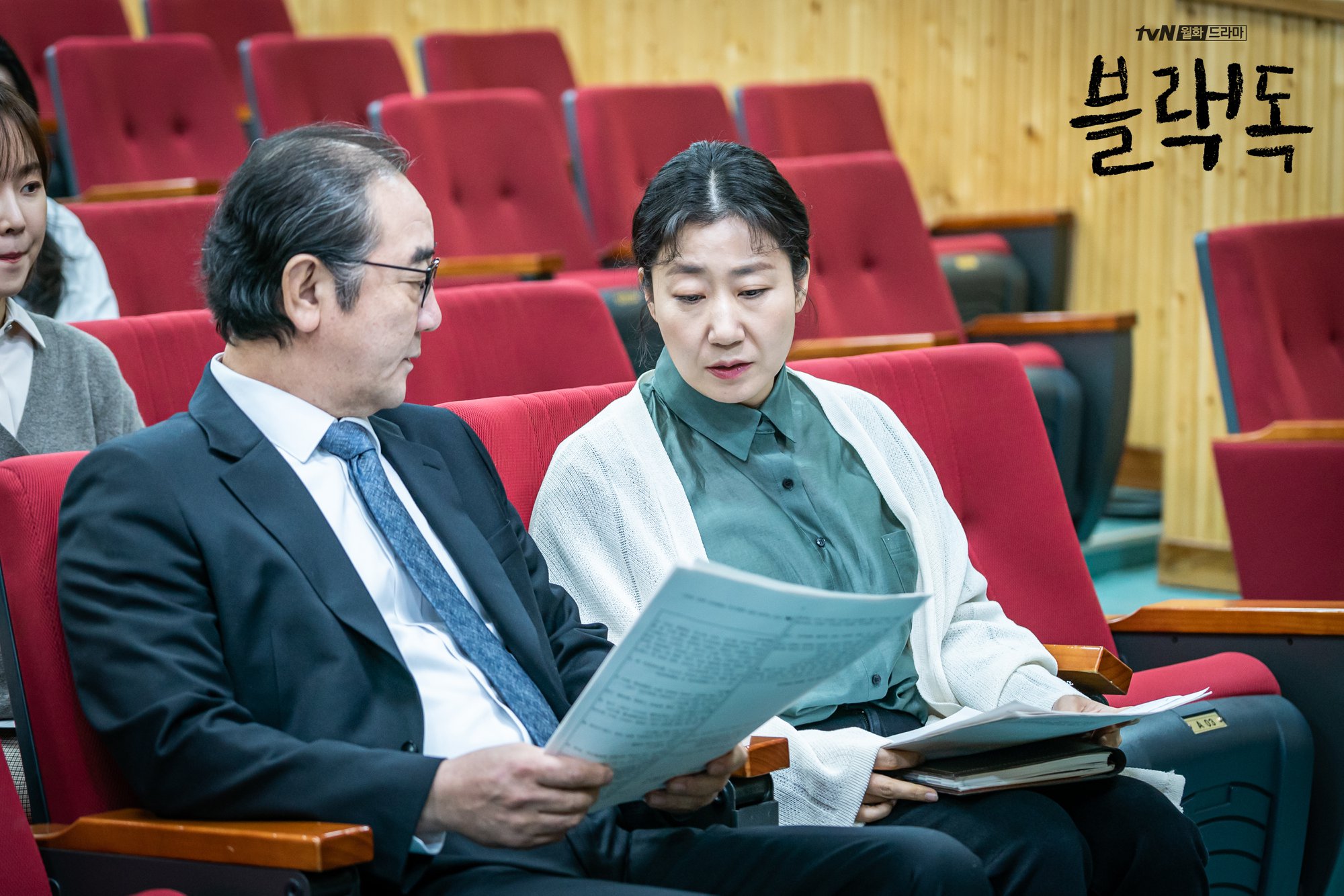 A major focus of the drama, which centers around a private high school, is the intense competition for university admissions in South Korea. Park Sung Soon (Ra Mi Ran), a veteran teacher and the head of the admissions department at Go Ha Neul’s school, believes that “apart from classes, a teacher’s job is to help students go to the university they want.” Helping her in this difficult job are Do Yeon Woo (Ha Joon) and Bae Myung Soo (Lee Chang Hoon).

A private high school’s reputation depends on its students getting into prestigious universities. Although the admissions department was aggressive in its “business” strategies, they were not able to get the results they desired. However, after learning that the problem is not their students’ abilities but their school’s system, the admissions department decided to go head-to-head with the school.

The teachers’ fight to ensure a fair admissions process and the students’ intense competition to build their “specs” (grades, extracurriculars, accomplishments) will be key watch points for the second half of the drama. 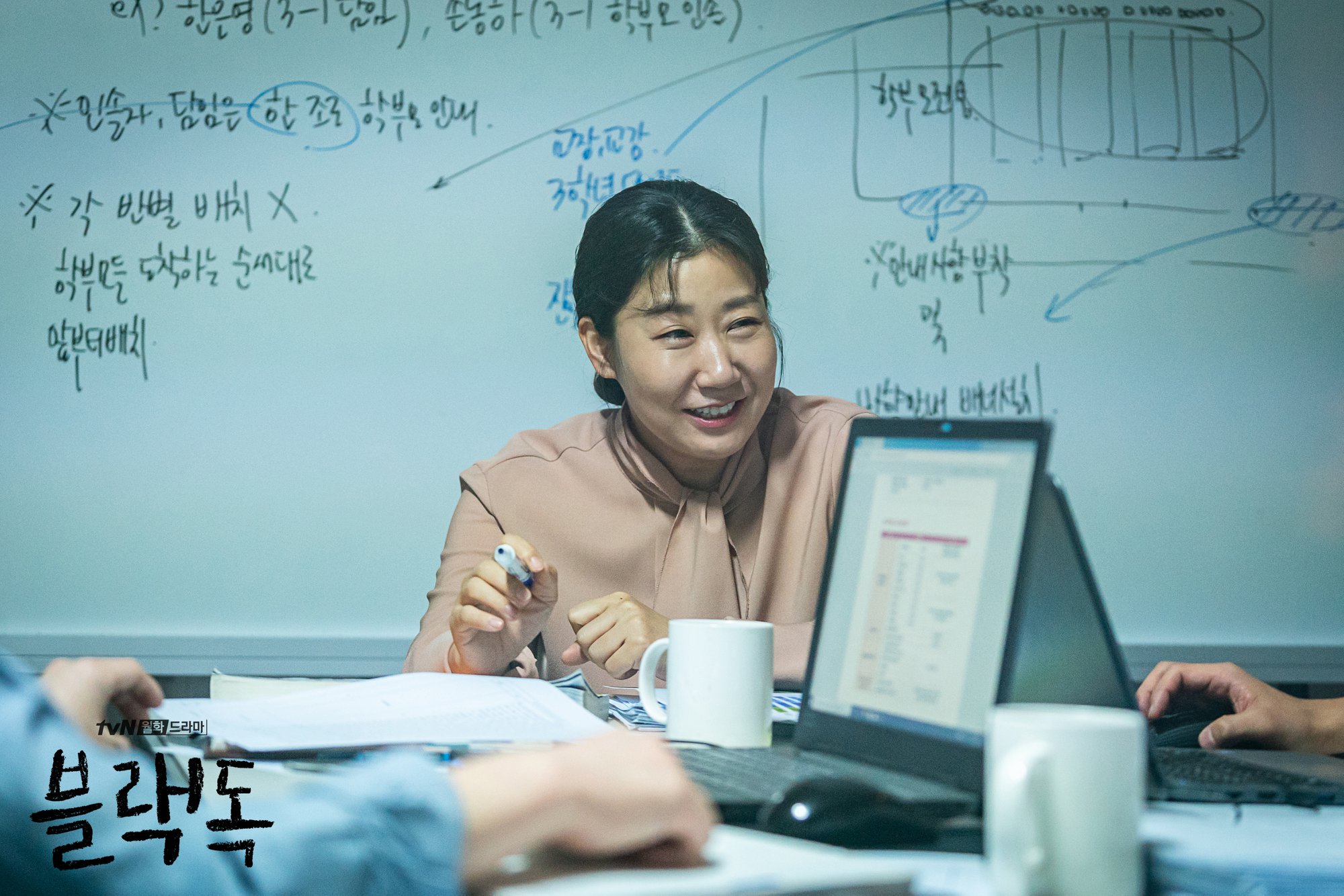 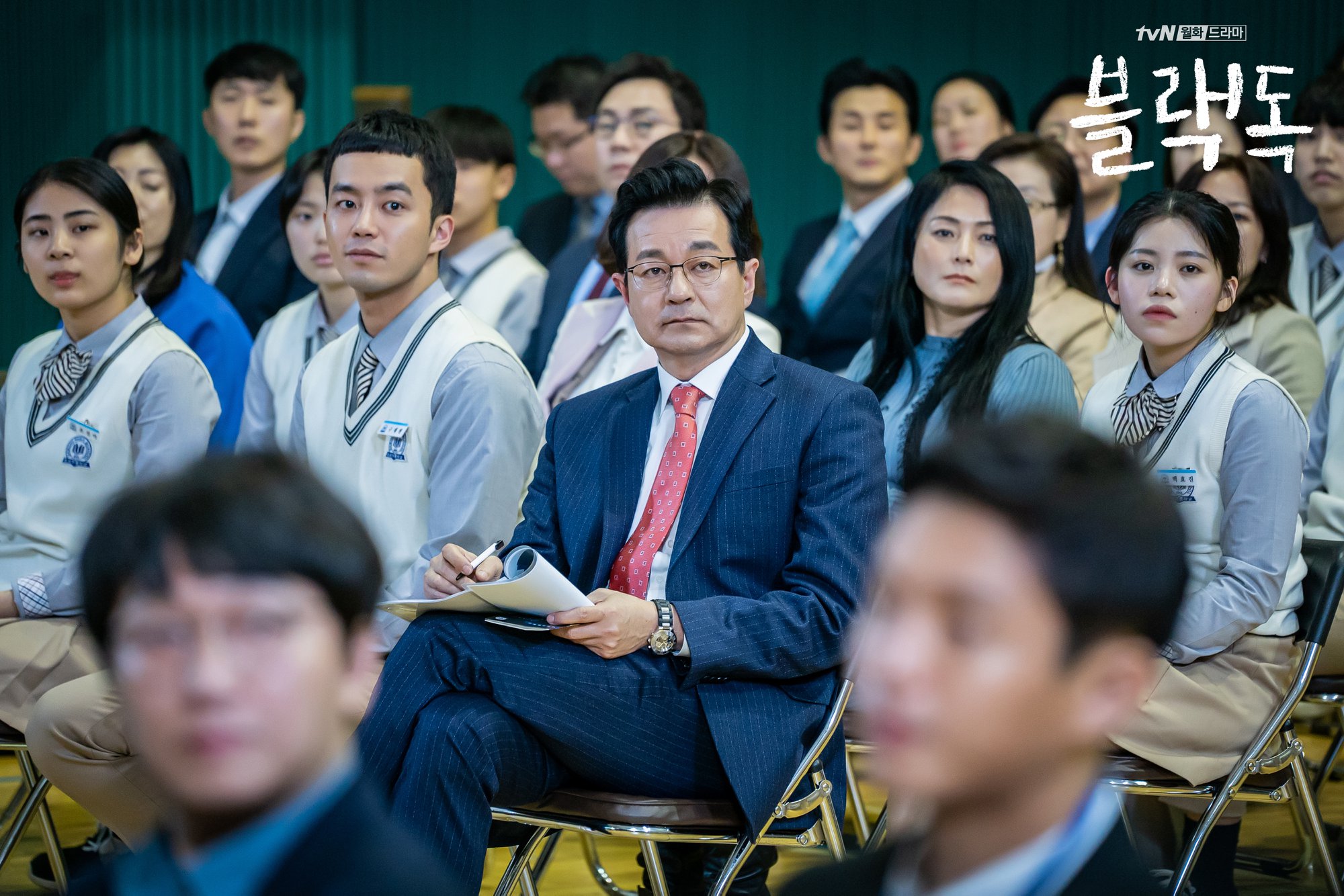 The “hyper-reality” of modern education 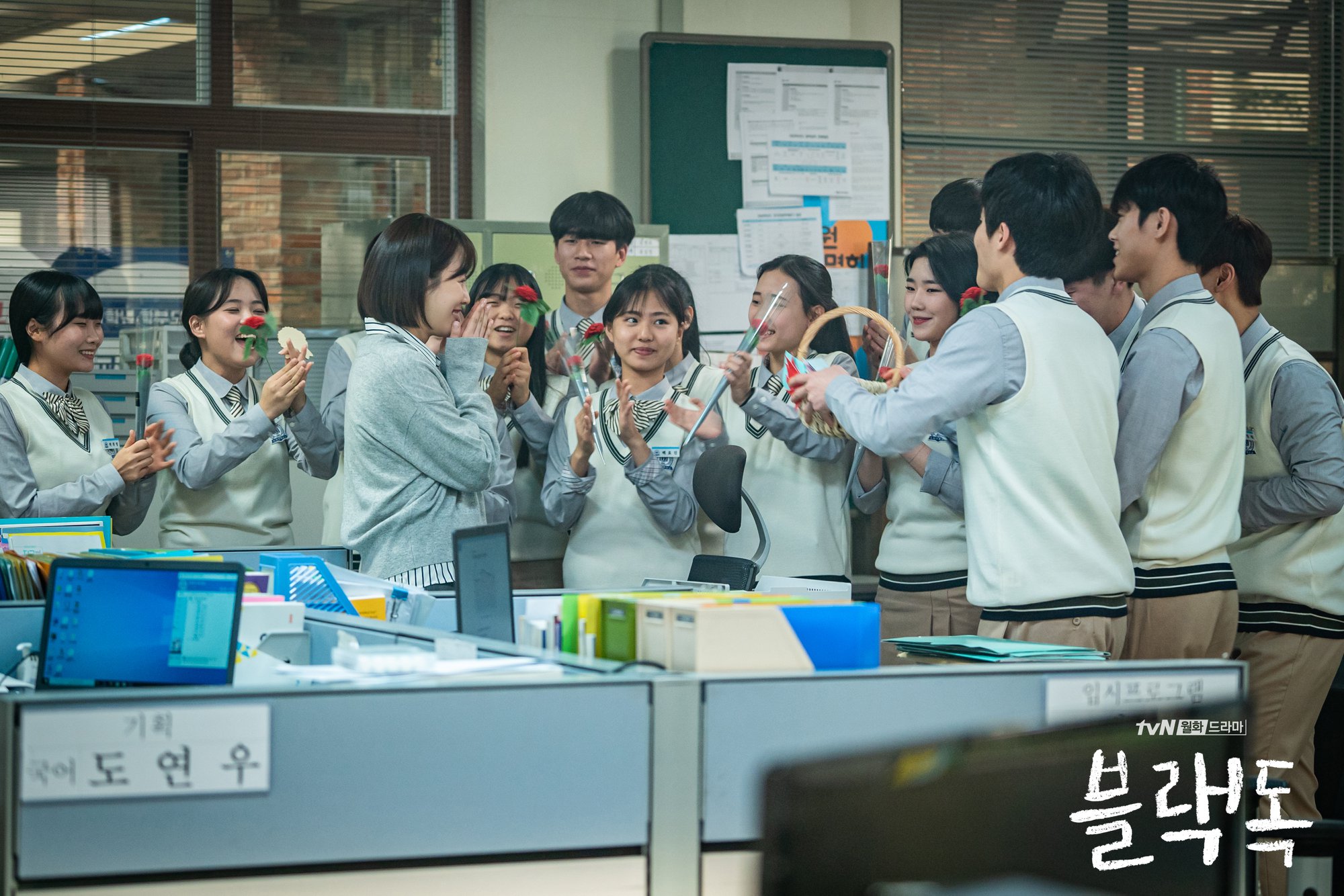 A major theme of “Black Dog” has been its ultra-realistic portrayal of the world of education. Common mistakes made by first-time teachers, invisible but fierce fights among teachers about rank, and the struggles of teachers who set aside their personal differences to think about their students’ future are all problems that the drama tackled in its first half.

“Black Dog” aims to show that the school may be a place of learning, but it is also a workplace and a microcosm of society. In the second half, the drama will show how this becomes exacerbated in the tense environment of college entrance examinations. While it is well-known that the college scholastic ability test is a major source of stress for high school seniors, “Black Dog” will show how it also impacts teachers.

Director Hwang Joon Hyuk said, “As we move into the second half, ‘Black Dog’ will tell stories about the societal system that evaluates teachers and students, from the student record to the teacher evaluation. As the admissions battle begins in earnest, the relationship between newbie teacher Go Ha Neul and her students, Goo Jae Hyun and Jin Yu Ra, will change. Please look forward to Go Ha Neul’s search for the meaning of ‘real teacher’ as she learns to communicate with her students.”