Block B’s Zico Talks About Why He Wrote “Any Song”

On the January 14 broadcast of MBC FM4U’s “Good Morning FM With Jang Sung Kyu,” Block B’s Zico talked about the process of creating his latest release, “Any Song.”

Zico said, “I wanted to make a song people could listen to when they’re not thinking about anything. My previous album ‘Thinking’ is made up of songs that I created when I was overflowing with thoughts, so there are a lot of messages and a lot of information. The songs are difficult to summarize, and it’s an album that could be tiring to listen to from beginning to end. Because of that, I wanted to make something without thinking, and that was where the concept of ‘Any Song’ came about.”

Zico continued, “If I found myself thinking or deliberating on something, I stopped and relied on instinct for this song. People are always thinking about so many different things, so I thought, at least since it’s the beginning of the year, we could just enjoy this song without thinking about much. The song’s message is that it has no message.”

When asked if he hopes the song remains on the charts, Zico said, “The best way to see if your song is loved is through the charts. If it goes down, I can’t do anything about it, but I’d be thankful if it stayed on the charts for a long time. If it stays for even one week, I think it’d be amazing.” 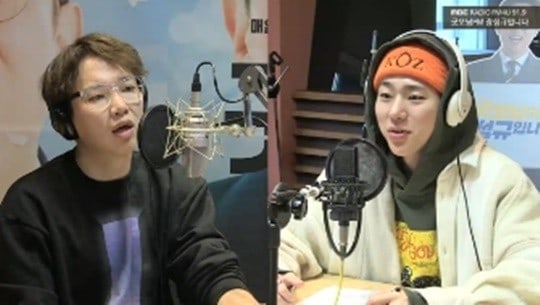