Tensions Rise Between 2PM’s Taecyeon And A Mysterious Man In “The Game: Towards Zero”

“The Game: Towards Zero” has released stills of the tense encounter between Taecyeon and a mysterious man.

The upcoming MBC series is a mystery thriller about Kim Tae Pyung (2PM’s Taecyeon), a man with the psychic ability to see the moment just before someone’s death. He teams up with detective Seo Joon Young (Lee Yeon Hee) to uncover the secrets behind a murder that took place 20 years ago.

The new stills feature Kim Tae Pyung staring intensely at something as he stands in the middle of a busy street. His gaze is sharp, but it also reveals a feeling of loneliness. 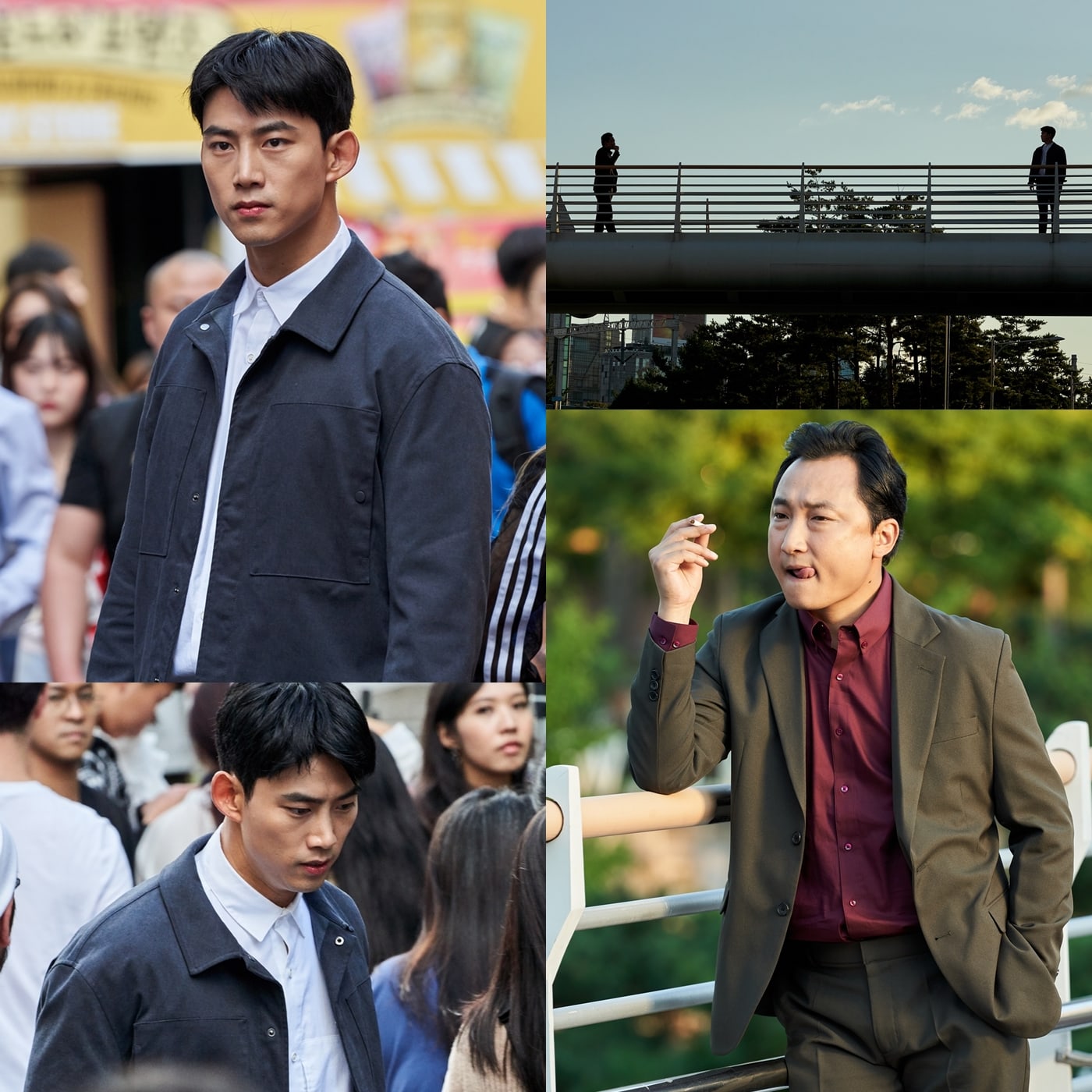 In another still, the mysterious man waiting to meet Kim Tae Pyung leans against the handrails with an unusual pose. The meeting between the two men, who face each other with a safe distance between them on the overpass, contributes to the rising tension. Viewers are curious to see what will happen after their meeting.

The production staff stated, “It wouldn’t be an exaggeration to say that the meeting between the two men is the scene that plays the most important role in the development of the drama. Viewers should also pay close attention to Taecyeon’s eyes in this scene. The emotions that can be seen in the changes that constantly occur in Taecyeon’s gaze provided an explanation of his character and made for a richer scene. Please look forward to how the meeting between the two men, who are about to open the curtains of a huge event, will be portrayed.”

“The Game: Towards Zero” premieres on January 22 at 8:55 p.m. KST and will be available on Viki. Check out the drama’s latest teaser here!

2PM
Taecyeon
The Game: Towards Zero
How does this article make you feel?