“Dr. Romantic 2” continues the story of Doctor Kim (Han Suk Kyu), who works at Doldam Hospital and changes the lives of the people who meet him. Lee Sung Kyung plays Cha Eun Jae, a hardworking and studious fellow in the cardiothoracic surgery department, and Ahn Hyo Seop plays Seo Woo Jin, a surgical fellow with a cynical outlook on life.

In Episode 3, Seo Woo Jin was sent into Kim Joo Heon’s operating room at Doctor Kim’s command. Cha Eun Jae was caught looking at Seo Woo Jin with a look of anger and disbelief, and the episode’s epilogue shows that the two of them have known each other since their university days.

The new stills show the two fellows face-to-face, although Ahn Hyo Seop seems to be avoiding Lee Sung Kyung’s gaze. Lee Sung Kyung looks down at him coolly while he focuses on his work, but when he turns to face her there is tension between them. 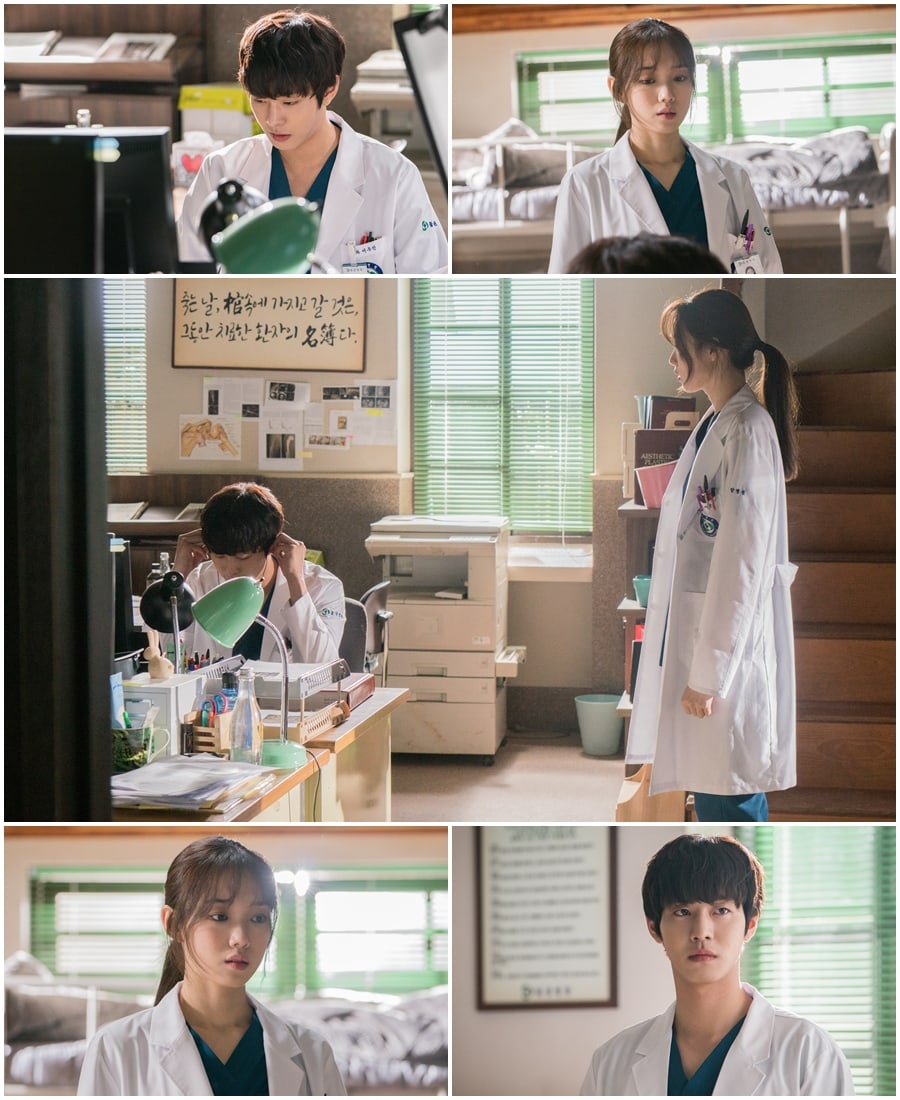 This scene was filmed in November at a set in Yongin, Gyeonggi Province. The two actors are famous for rehearsing thoroughly on set and both worked hard to perfect the changign emotions in the scene. Since the emotions of the scene were just as important as the lines, the actors did not talk much and focused on immersing themselves in their characters. Even when the cameras were being moved and they weren’t filming, the two of them focused on their characters’ emotions.

The production staff stated, “We are slowly developing the exciting story of Cha Eun Jae and Seo Woo Jin by including flashbacks of their university days in the epilogue. Lee Sung Kyung and Ahn Hyo Seop are always bringing together greater chemistry every time they meet. Please look forward to seeing how they will change at Doldam Hospital after meeting Doctor Kim.”