On January 14, the cast of the musical “The Man Who Laughs” held a press conference to perform set pieces, talk about their production, and more.

“The Man Who Laughs” is based on a novel of the same name by Victor Hugo and tells the story of a man named Gwynplaine, who has a terrifying face but a pure heart. The original South Korean musical adaptation debuted in 2018.

Super Junior’s Kyuhyun, for whom this is his first musical in four years, said, “I thought a lot about what to do for my first musical after my discharge from the military. This was a musical that I enjoyed watching during my service and I thought at the time that I wanted to do it. My last production was 2016’s ‘Mozart,’ which was by the same company, so I was lucky there was a connection there. I did a lot of weird makeup for a variety show (‘New Journey to the West 7’) so [the makeup for the musical] wasn’t a big deal at all. Whether my face is slashed or blue, it doesn’t worry me.” 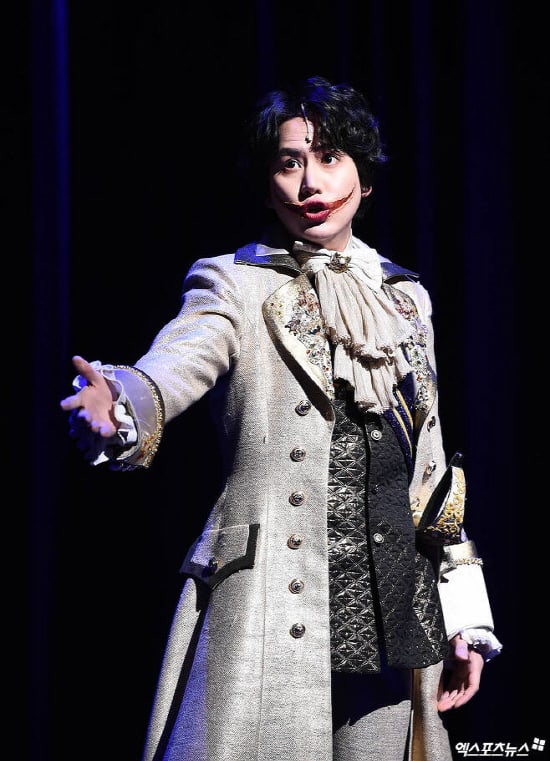 EXO’s Suho, who also starred in the original 2018 adaptation, said, “The actors and director worked really hard to make an even better production for the second run. Compared to my first time, the play’s overall narrative has been well-organized. I concentrated in order to match that narrative. ‘The Man Who Laughs’ has a similar motif to the Joker from ‘Batman.’ I watched the new ‘Joker’ movie multiple times. I thought there might be an intersection between the characters in ‘Joker’ and ‘The Man Who Laughs’ and I thought about how to express that through acting.” 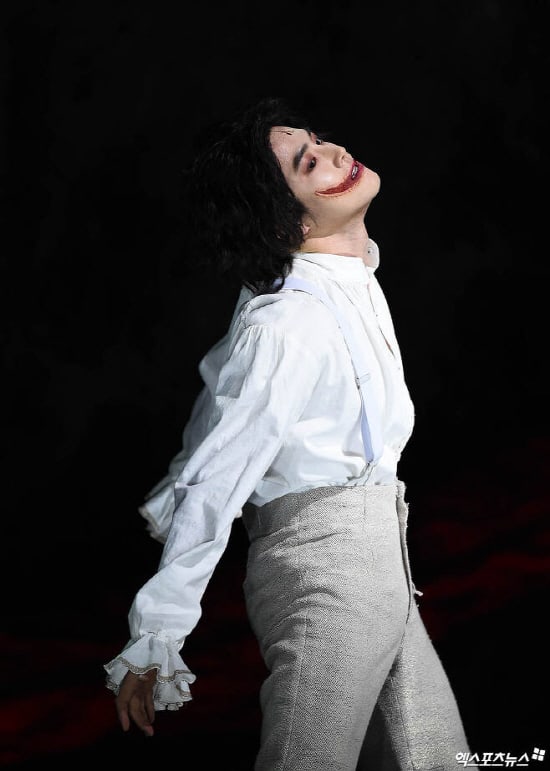 Since more than one actor is playing the role of Gwynplaine (they will be alternating shows), they were asked how they differentiated themselves from each other. Kyuhyun said, “Personally, I like having fun. If it doesn’t disrupt the flow of the story, I want to make the audience laugh and have fun. If the director says it’s okay, I want to put some funny stuff in. I think there should be more laugh lines.”

He added, “I’ve known Joonmyun [Suho’s real name] for 15 years. I’ve known him since he was a high school student. Whatever he does, he’s lovable. I wouldn’t go so far as to say he is the apple of my eye, but he’s really lovable. He’s lovable when he performs, and I can understand why fans love him in this role so much.”

Suho said, “I think that what sets me apart is the fact that I’m the youngest. I think I’m the cutest. The seniors treat me like I’m cute, so the character becomes cute overall. I think the audience will feel sympathetic towards my character.” 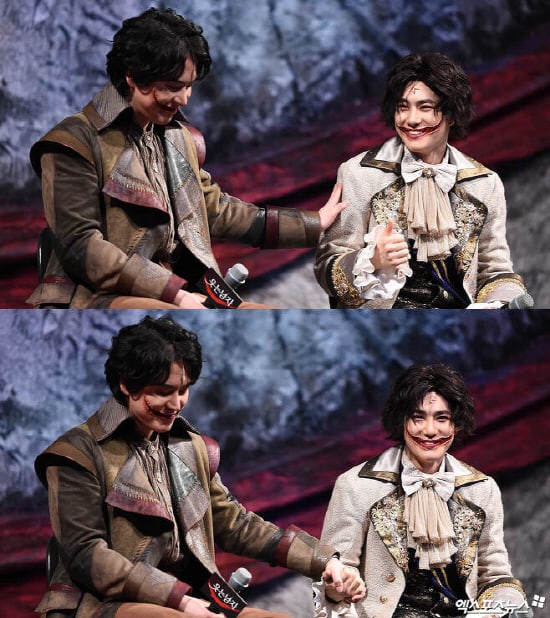 “The Man Who Laughs” will play at the Seoul Arts Center Opera House until March 1.

EXO
Super Junior
Kyuhyun
Suho
XPN
The Man Who Laughs
How does this article make you feel?