BIGBANG’s Taeyang cheered on Go Kyung Pyo after he was discharged from the military on January 15!

When Taeyang was discharged from the military in November, Go Kyung Pyo commented on his Instagram, “Congrats, congrats. I’ll follow you soon.” Taeyang jokingly replied, “Will that day come?”

On January 15, Taeyang shared videos on his Instagram stories of Go Kyung Pyo talking to the press after his discharge. The actor said in the video, “Taeyang, the day has come. See you soon.” Taeyang wrote on one of the videos, “Oh my god… the day has come.” 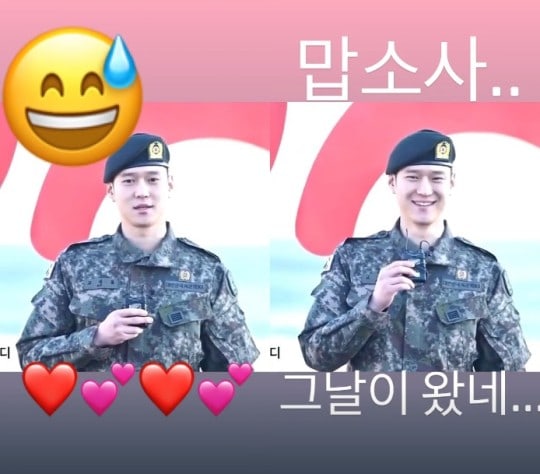 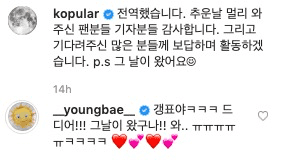 Go Kyung Pyo enlisted in the army on May 21, 2018. During his service, he took part in events alongside Taeyang and more celebrity soldiers.

BIGBANG
Taeyang
Go Kyung Pyo
How does this article make you feel?