This upcoming drama is about a man who has everything but a heart, and a woman who has lost everything but her heart. It follows their love story after meeting in a mysterious forest as they uncover the secret behind the forest and themselves.

Park Hae Jin will appear as Kang San Hyuk, an “unrealistic romantic man” who dreams of having 1 trillion won (approximately $862 million) in personal assets, while Jo Bo Ah will play Jung Young Jae, an ace surgeon with a refreshing personality who seeks justice.

The main poster showcases Park Hae Jin and Jo Bo Ah riding bikes together in a forest. The sunlight pours down on the two as they lean in towards each other. They both have small grins on their faces as the tips of their noses almost touch, adding to the sweet and romantic mood of the poster. 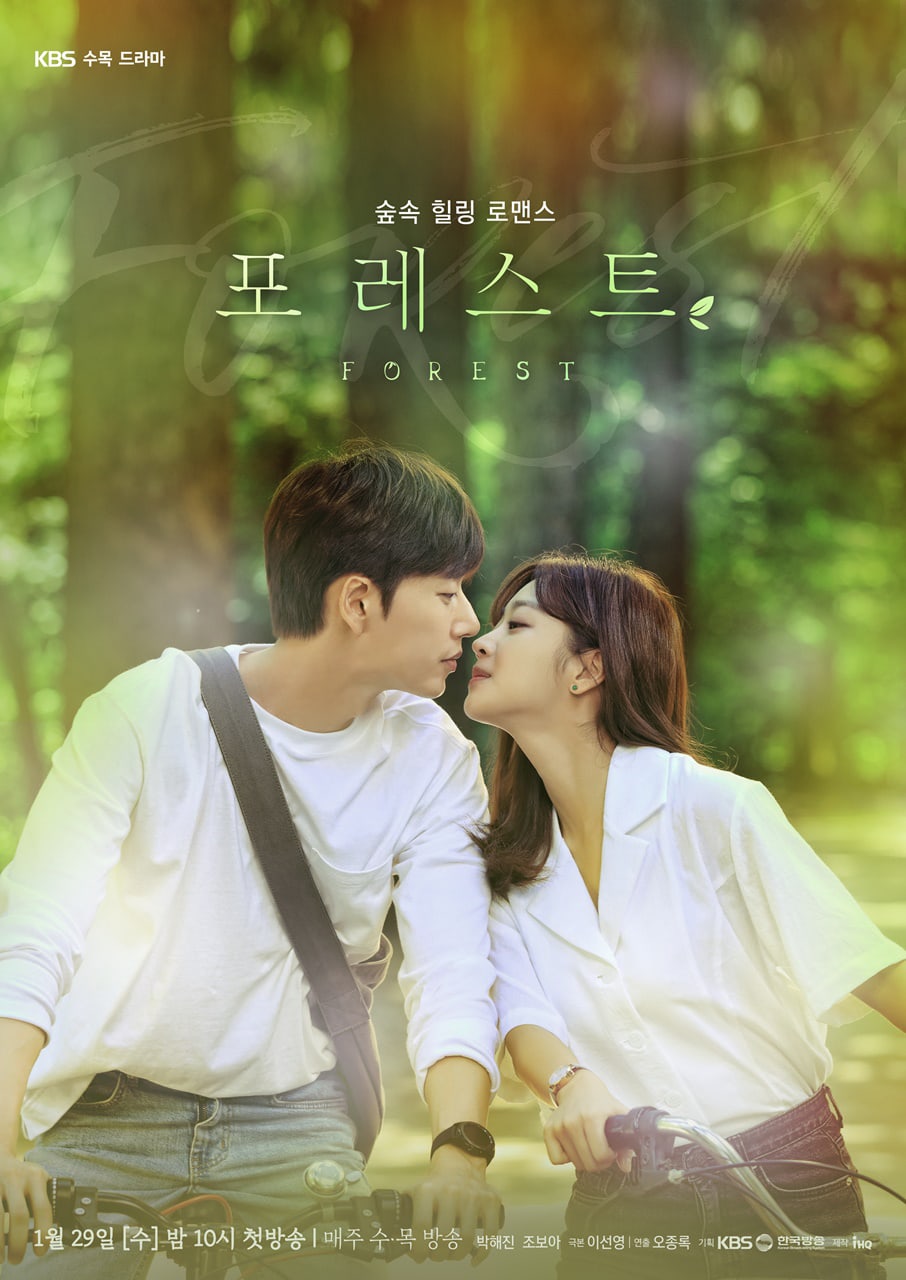 Viewers are excited to see how these two different people—a man who must become the winner in the war that is reality, and a woman who expects to rise in the ranks of the nation’s top university hospital—meet in a mysterious forest, and how the story of their love will unfold.

The main poster was shot at a temple in Pyeongchang County, Gangwon Province. As soon as they arrived on set, Park Hae Jin and Jo Bo Ah expressed their admiration for the mysterious atmosphere created by the densely packed green trees. They also had fun riding their bikes through the forest together even before filming began.

The production staff stated, “‘Forest’ will be a pleasant and honest portrayal of a life in the forest that everyone has dreamed of at least once in their lives. The actors’ passionate performances will provide a sense of empathy and healing. Please look forward to it.”