BTS is collaborating with Starbucks Korea for a meaningful campaign called “Be the Brightest Stars”!

Starbucks Korea will team up with BTS to release new menus and merchandise available for sale from January 21 to February 6. The new products include one beverage menu, five food menus, and six types of merchandise. Some new menus include the Blooming Purple Vin Chaud, a beverage reminiscent of stars shining in the night sky, as well as the Blueberry Star Macaron, Purple Berry Cheesecake, and Purple Star Cupcake. The new collection of merchandise will include a shopping bag that has BTS’s and Starbucks’ logos on it. 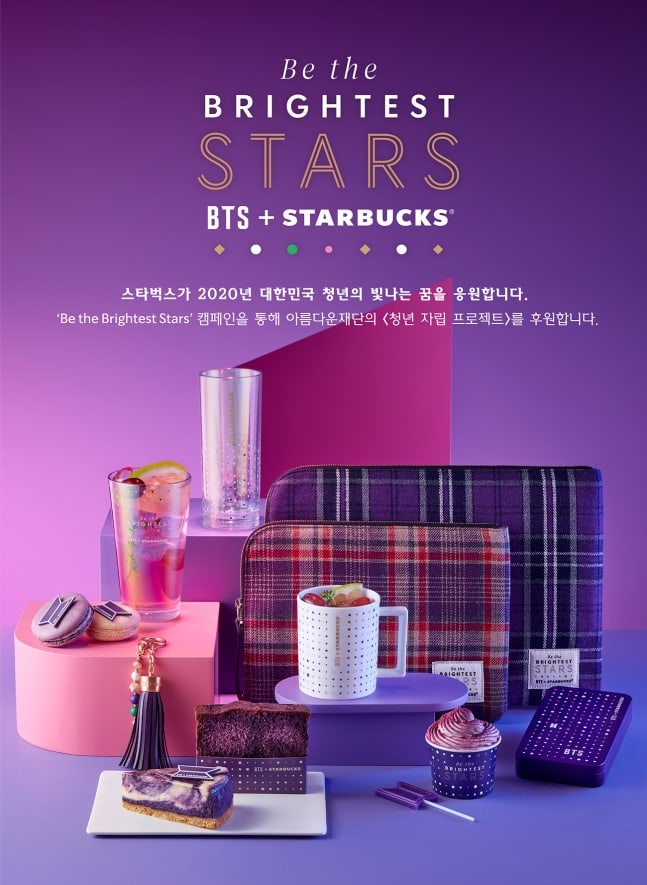 During the period of the campaign, BTS’s “Make It Right” from their album “Map of the Soul: Persona” will be playing in Starbucks stores all over the nation.

Starbucks shared, “We are collaborating with BTS, who spreads a positive influence all across the society, and sharing the message, ‘You yourself are a shining star,’ to our youths who are the future of Korea.”

Part of the profits from the campaign will go towards career and educational development programs for disadvantaged youth as part of The Beautiful Foundation’s Opportunity Youth Independence Project.