MOMOLAND Shares Why They Cried When They Won With “Thumbs Up,” Names Role Models, And More

MOMOLAND members guested on MBC FM4U’s “Kim Shin Young’s Hope Song at Noon” to talk about their recent comeback with “Thumbs Up“!

On January 16, MOMOLAND’s JooE, Jane, and Nancy appeared on the radio show. During the show, host Kim Shin Young asked, “Not a lot of albums are released at the end of December, but did you try to go for a niche market?” to which JooE confirmed, “We definitely tried to go for that.” Nancy added, “If we release [the album] in January, it overlaps with the Lunar New Year, so we released it at the end of December because we wanted to promote for longer.” 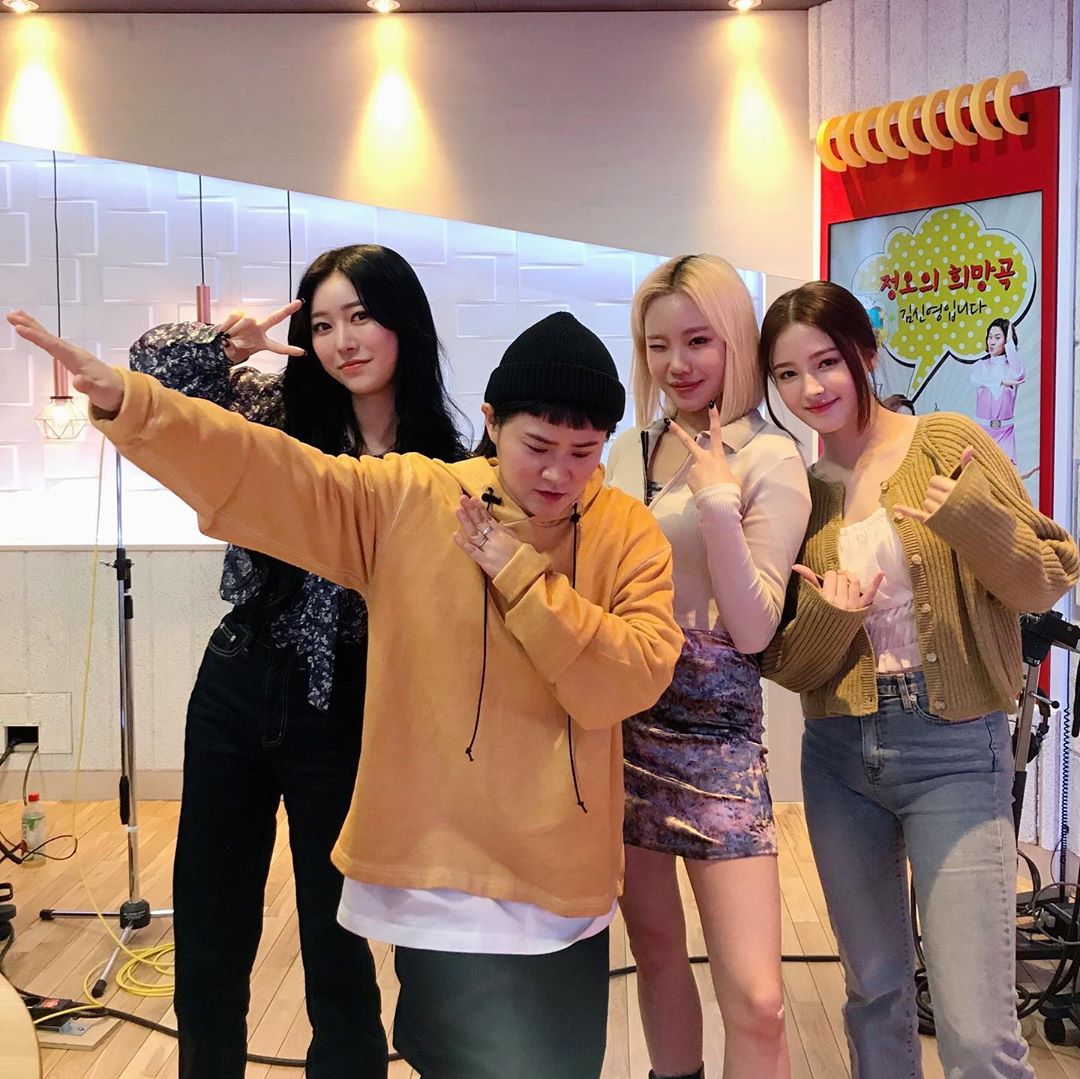 When talking about their emotional music show win with “Thumbs Up,” JooE shared, “I cried the most sorrowfully. The time we spent preparing flashed before my eyes and I was emotional because of both our difficult and happy moments.” She also mentioned that she is a frequent crier. Jane chimed in, saying, “I was also crying with mixed feelings, but I couldn’t help but giggle at JooE sobbing in the back.”

Nancy also shared, “I didn’t know we would get first place. I was excited just at being nominated, but I cried on stage that day because it immediately felt real.”

The girls also talked about their international fame, with Kim Shin Young commenting, “MOMOLAND is receiving love globally. The ‘Bboom Bboom‘ music video surpassed 400 million views.” JooE explained, “I don’t personally really watch our music videos. Around a year has to pass for me to wonder why our music video is popular to watch it over.” Jane on the other hand exclaimed, “Doesn’t that mean 400 million people have seen me? That’s a little scary.”

When discussing their appearance on the Philippines’s top talk show, the members commented, “MC Vice was really fun and hosts with a lot of wit. Even if we aren’t fun, he frames it well.” JooE additionally shared, “A Korean celebrity translated for us. Since Nancy and Nayun are good at English, there weren’t any problems.”

After performing Taeyeon‘s “Hotel Del Luna” OST live, JooE shared, “I was so nervous. I think I’ll be able to do better next time. I haven’t had a lot of opportunities to show my voice so this was an honor.” She also discussed how Taeyeon is her role model, sharing in a video letter, “I really like Taeyeon and IU. I really respect them and they’ve fulfilled their dreams of being a singer from a young age. I’m thankful that they consistently show a good side of them through their songs. I gain strength from them.”

Jane also confessed, “I built my dream watching 2NE1’s Park Bom. I gave her a little note once when our promotions overlapped and I think I’m here today thanks to her. I will always support and love her.”

Kim Shin Young later asked the girls to “flex” about what they’ve done to give back to their parents. JooE talked about the car she gifted her parents, explaining, “On top of that, I got rid of my mom’s job. Now she does not go to work.” Jane shared, “I took my mom to an expensive steakhouse and treated her.” Nancy answered, “I give [my parents] all my money. I just calculate my living expenses then give it to them.” Kim Shin Young shared some wise words with them. She said, “After 20, you have to look after your finances. Even celebrities need to have economic sense.”

The MOMOLAND members were also asked about a previous comment they made about wanting to be male idols in their next life. Jane explained, “I like dark, dance music. Girl group concepts have a limit. That’s a little regretful.” While on the topic, she added, “I would preferably like to join the world’s best idol group.”