Based on the popular webtoon of the same name, “Itaewon Class” is a new drama about young people brought together by their stubbornness, passion, and youthful bravado. Within the narrow streets of Itaewon, they begin their own fledgling revolt against an unreasonable society as they chase after their dreams and the freedom to live according to their own unique perspectives.

Park Seo Joon will star in the drama as Park Sae Roy, a passionate entrepreneur who is uncompromising in the face of injustice and corruption. Armed only with his convictions and his anger over the death of his father, Park Sae Roy bursts onto the Itaewon scene and boldly goes up against the food industry conglomerate Jang Ga in the process.

Kim Da Mi will star opposite Park Seo Joon as Jo Yi Seo, a social media star described as a “sociopath with a high IQ.” The brilliant and ruthless Jo Yi Seo eventually teams up with Park Sae Roy as the manager of his gastropub Dan Bam.

On January 17, the upcoming drama released its main poster featuring its two leads. Dressed casually in black, the two characters stand tall against the backdrop of Itaewon, looking confident and self-assured as they prepare to take on the world. The poster’s caption boldly declares, “I want to live a life in which you can’t put a price on your convictions.” 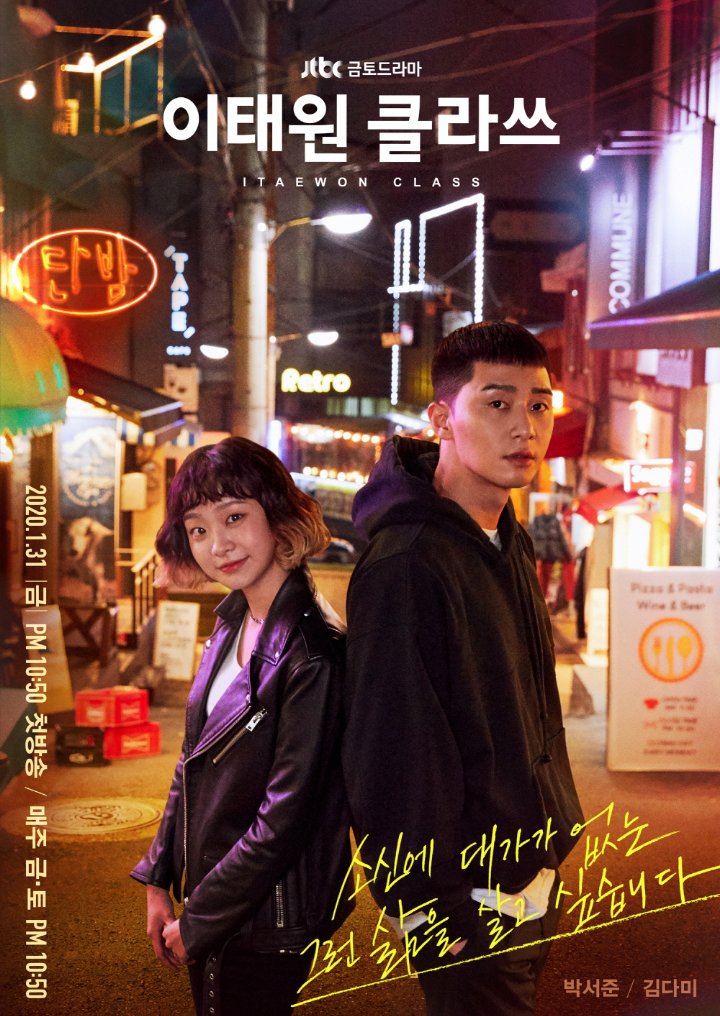 Both co-stars both spoke highly of one another, with Park Seo Joon sharing, “We work really well together, almost as if we’ve known each other for a long time, so I’m enjoying filming. [Kim Da Mi] is doing such a flawless job portraying the charms of her character Jo Yi Seo that I think we’ve developed a natural and comfortable chemistry.”

The producers of “Itaewon Class” remarked, “The unique combination of Park Seo Joon and Kim Da Mi gives [the drama] a new charm that’s different from the original webtoon. The two actors have completely transformed into a real-life Park Sae Roy and Jo Yi Seo, and you can safely look forward to their chemistry, which has exceeded our expectations.”

“Itaewon Class” will premiere on January 31 at 10:50 p.m. KST. In the meantime, check out the latest teaser for the drama here!