After being forced out of Dreams by his boss Kwon Kyung Min (Oh Jung Se), who is secretly trying to sabotage the team, Baek Seung Soo took a trip home to visit his family. His brother (Yoon Sun Woo) told the other members of Dreams’ management team about their family circumstances, prompting Lee Se Young to launch a successful PR campaign to bring their manager back.

Although Lee Se Young previously accused Baek Seung Soo of only being in a job for the money and not having any fellow-feeling towards his colleagues, new stills released by SBS show that the two have forged a much stronger working relationship. They observe the players practicing together and respectfully listen to what each other has to say. Now that Lee Se Young knows that Baek Seung Soo plans to help the team actually win, she is determined to do everything she can to help that goal come true. 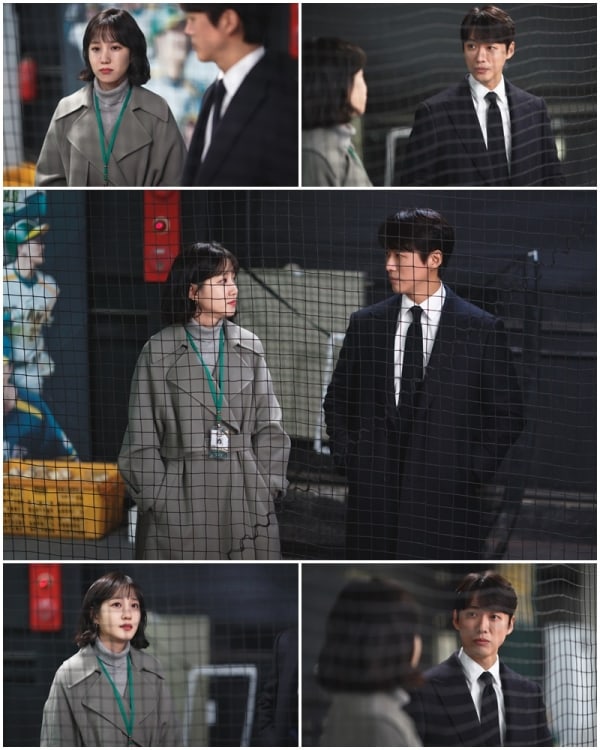 This scene was filmed in December at a set in Paju, Gyeonggi Province. In order to give a sense of realism to the scene, the actors who play the baseball players started pitching and batting even before Park Eun Bin and Namgoong Min arrived on set. When they did arrive, the actors made the production staff laugh by respectfully greeting them by their character names. Park Eun Bin and Namgoong Min responded by staying in character and expressing concern about players potentially getting injured.

The atmosphere is completely different in stills released of Namgoong Min and Oh Jung Se drinking together at a cart bar. The two actors have clashed multiple times in the office, but they have now taken their fight to a more personal level after the events of last episode. It appears as though Kwon Kyung Min called Baek Seung Soo after getting drunk, and Baek Seung Soo is surprised by what he hears. 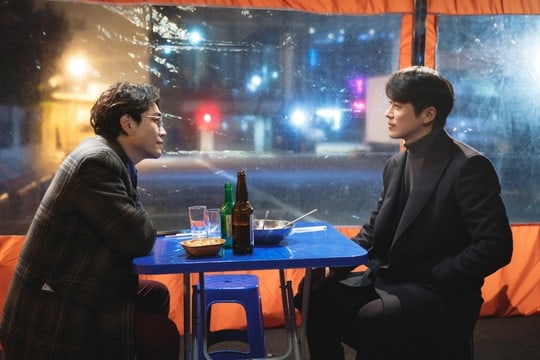 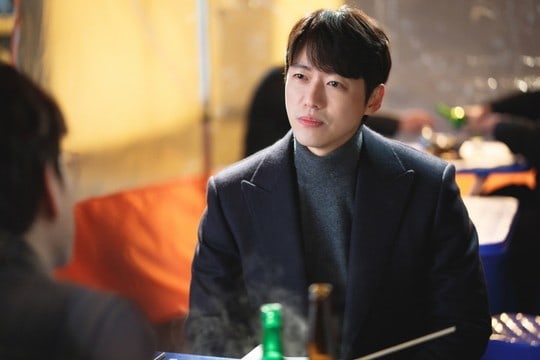 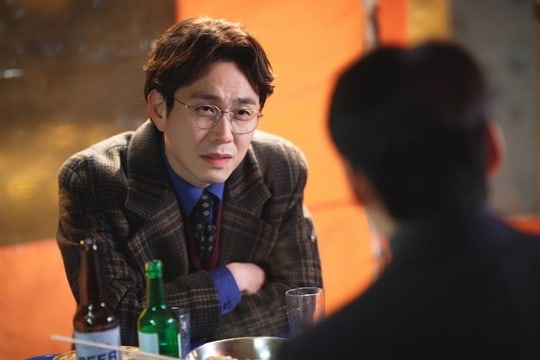 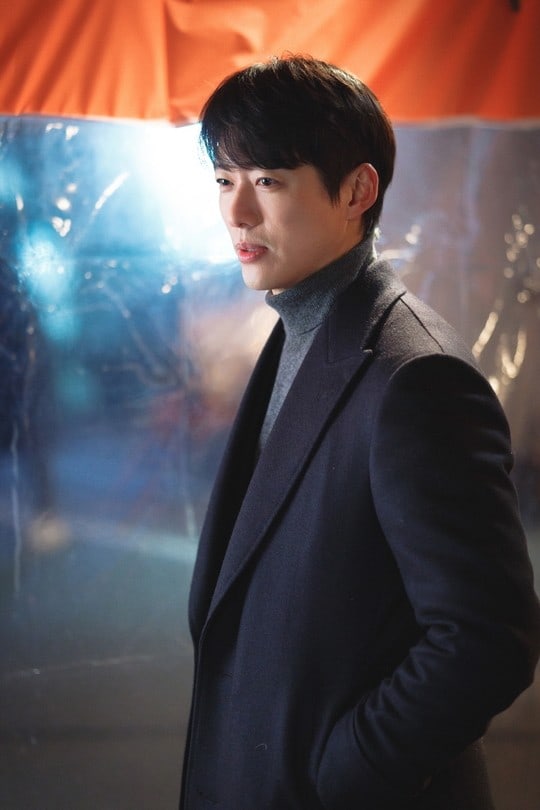 This scene was also filmed in December, this time in Seoul, and the two actors expressed their delight at coming to a cart bar for the first time in a while. Although Namgoong Min and Oh Jung Se’s characters are always at odds onscreen, with their tense chemistry being a key highlight of the drama, they started laughing together as soon as the cameras turned off.