BTS has taken No. 1 on many Korean realtime charts with their new single “Black Swan”!

On January 17 at 6 p.m. KST, BTS shared their pre-release single “Black Swan” for their upcoming album “Map of the Soul: 7,” along with an art film for the song. 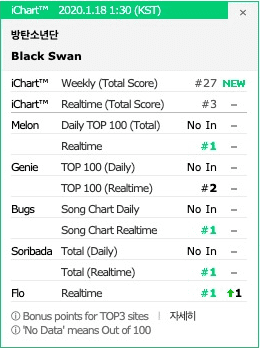 In addition, songs by BTS have taken over much of the Top 10 on the realtime chart of Korea’s largest music platform Melon. 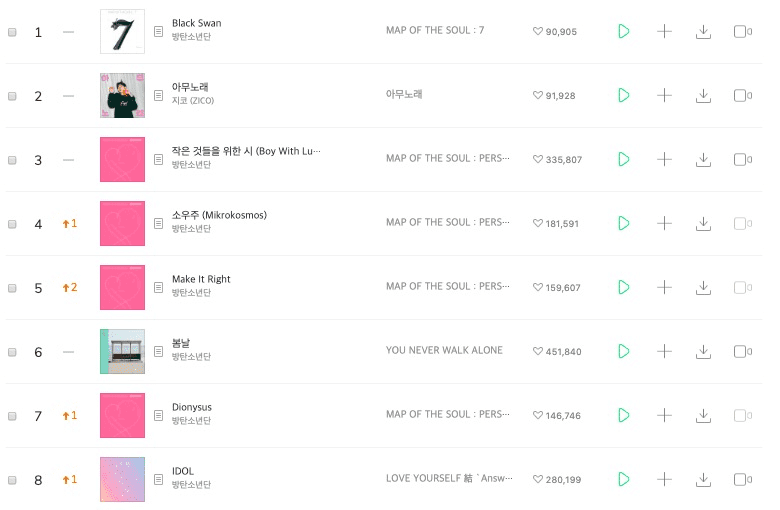 BTS will perform “Black Swan” for the first time on “The Late Late Show with James Corden” on January 28, and their album “Map of the Soul: 7” will drop on February 21.