OCN’s upcoming drama “Tell Me What You Saw” has shared a new glimpse of Girl’s Generation’s Choi Sooyoung in her starring role!

“Tell Me What You Saw” is a new suspense thriller about a genius profiler who has lost everything (played by Jang Hyuk) and a detective with a photographic memory (played by Sooyoung). Together, they embark on a quest to track down a serial killer that they thought was dead.

Sooyoung’s character, Cha Soo Young, is a passionate countryside cop who believes strongly in justice and dreams of becoming an accomplished detective. She first becomes aware of her incredible photographic memory when Hwang Ha Young, the head of the Provincial Special Detective Division (played by Jin Seo Yeon), sees Cha Soo Young perfectly recreating a crime scene that was destroyed by heavy rain.

Describing her character’s story arc, Sooyoung remarked, “[Cha Soo Young] herself wasn’t even aware of her own abilities, but after meeting Oh Hyun Jae [Jang Hyuk’s character] and division head Hwang, she gradually becomes stronger and grows as a person.”

She added, “I thought that it was important to properly depict the journey of her growth from Episode 1 to Episode 16.”

Sooyoung went on to speak fondly of her character, explaining, “She’s an action-oriented person who is always trying to get things done at the core of the case, but she’s not a brave person. She’s frightened and afraid, but she’s a character who musters up the courage to take action for the sake of the victims and their families.”

In order to properly portray Cha Soo Young, who doesn’t care much about her appearance or dressing up, the Girls’ Generation member made an effort to tone down the glamour. “I wore almost no makeup [during filming], and I tied my hair back messily, without any effort,” said Sooyoung. 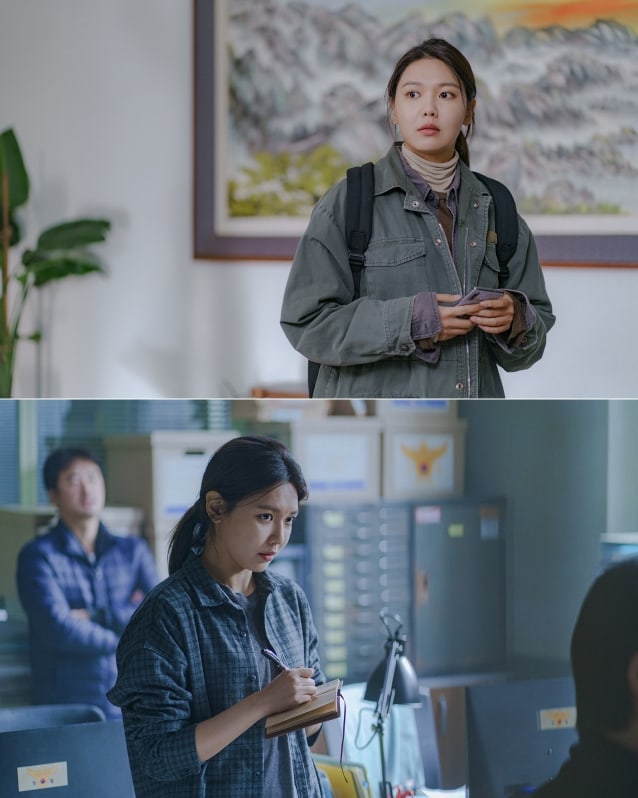 Sooyoung also brought up the fact that she previously starred in the OCN drama “Squad 38” back in 2016. “I’m returning for another trustworthy OCN crime drama after ‘Squad 38,'” she remarked, “and I’m especially excited because I’ve never taken on the thriller genre before.”

Drawing a parallel between herself and her character, who happen to share the same name, Sooyoung continued, “Soo Young the character approaches every single case with diligence and sincerity. Choi Sooyoung the actress is also approaching the drama and her acting with sincerity. I hope that you will look forward to and enjoy watching me take on a new type of acting.”

“Tell Me What You Saw” premieres on February 1 at 10:30 p.m. KST and will be available with English subtitles on Viki.

In the meantime, check out the highlight reel for the drama below!

Girls' Generation
Sooyoung
Tell Me What You Saw
How does this article make you feel?