5 K-Dramas To Watch To Start Your Year Off Right

It’s a new year, which means there’s a whole new year ahead of K-drama watching to do! Although the year has just started, there are already some solid K-dramas airing right now (or have just finished) that are really worth the watch. And if the year is already looking this good, we’re in for a good 2020. If you want to start your year off on the right foot, here’s a look at five K-dramas that you should definitely check out! 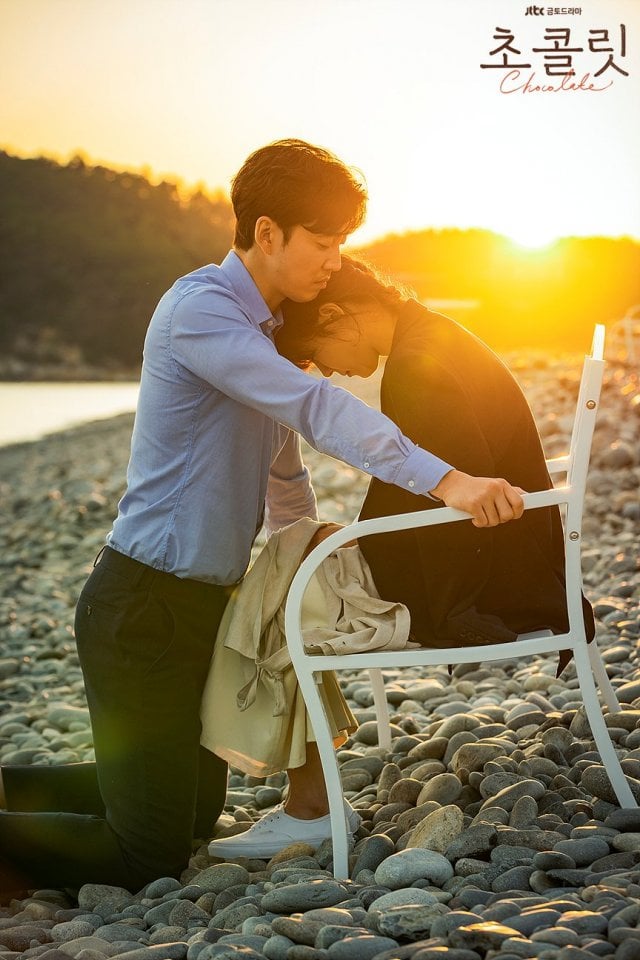 Starring Yoon Kye Sang as Lee Kang and Ha Ji Won as Moon Cha Young, “Chocolate” is about a man and woman who meet as children and face very unfortunate circumstances that drive them apart. They go through some tragic events that fatefully bring them together again as adults. Lee Kang becomes a successful brain surgeon and Moon Cha Young is a chef. Cha Young recognizes Lee Kang when she first reunites with him, but he fails to recognize her, which makes for a very confusing and awkward situation for Cha Young.

This series is a K-drama that will touch your heart and heal your soul. It’s the perfect K-drama to watch to set your year off right. It’s about first loves, lost loves, death, and family. It’s also about forgiveness and being able to let go of things we have no control over. Yoon Kye Sang and Ha Ji Won are both powerhouse actors, so seeing them together on the small screen is a real treat! 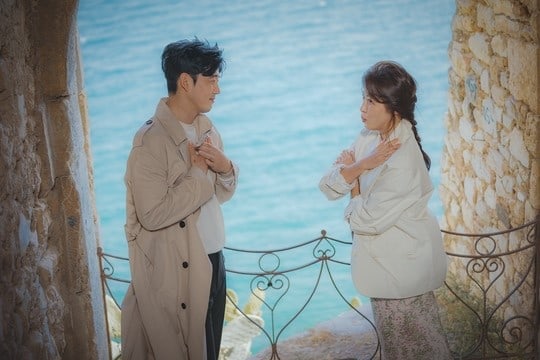 “Crash Landing On You”

This one is a given. “Crash Landing On You” has been killing it in the ratings and it really is no wonder when you’ve got Hyun Bin and Son Ye Jin as the main leads. Park Ji Yoon, who also wrote other successful K-dramas like “My Love From the Star” and “The Legend of the Blue Sea,” has continued her streak of entertaining and enjoyable K-dramas.

Hyun Bin stars as the North Korean soldier, Ri Jung Hyuk, who people can’t seem to get enough of these days, and Son Ye Jin plays the beautiful and charismatic Yoon Se Ri. In a freak accident while paragliding, Yoon Se Ri stumbles into North Korean territory where she meets Ri Jung Hyuk. He takes it upon himself to watch over her while he figures out a way to get her back to South Korea.

The story sounds like a romantic fairy-tale and it totally is! There’s nothing like seeing a man and woman fall in love but are forced to overcome obstacles that keep them apart. This star-crossed lovers theme along with a heartwarming soundtrack are all ingredients for a successful K-drama. You won’t be disappointed! 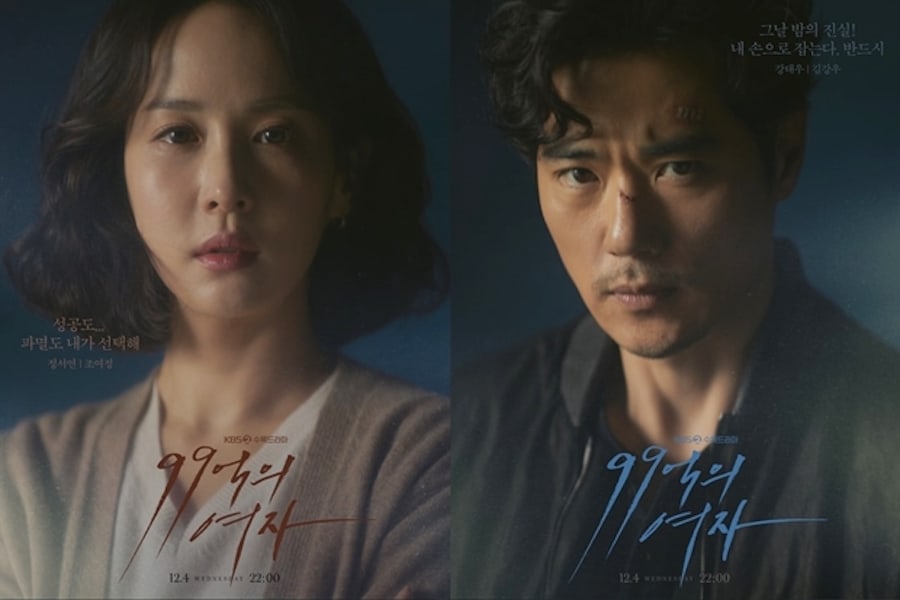 If you’re looking for a series with a bit of mystery and thrill, “Woman of 9.9 Billion” has been one of the top K-dramas in South Korea. It’s because of the amazing cast and their acting, but it’s also thanks to the unique script that is hard to shake. “Woman of 9.9 Billion” is about a woman named Jung Seo Yeon (Jo Yeo Jeong) who is going through a lot in her life. She finds it difficult to bear the weight of all the bad stuff that is happening to her. But just when she wants to end her life, she comes across 9.9 billion won (approximately $8.2 million).

From the very start of this series, you’re guaranteed to be hooked in. The tone of the K-drama is dark and mysterious, but it’s also got elements of hope and you’ll find yourself oddly rooting for people you shouldn’t be rooting for. It’s a K-drama that is definitely different from all the others, which is probably why it’s such a huge success in Korea. 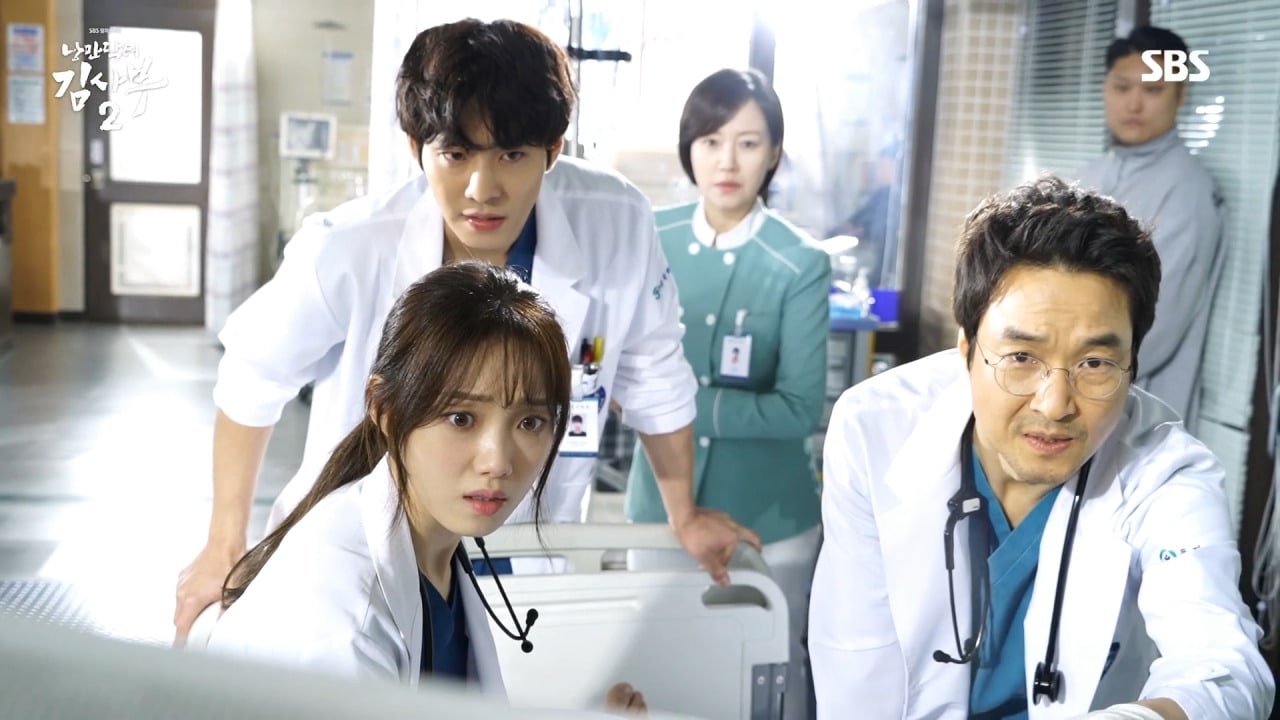 If you liked “Dr. Romantic” season one, then this drama is an obvious one to watch. It revolves around the fast-paced and emotional setting of a hospital where Dr. Kim/Kim Sa Bu (Han Suk Kyu), a guru surgeon, is the head. He scouts doctors and surgeons for his special hospital, which is how he comes across Seo Woo Jin (Ahn Hyo Seop). They are joined by Lee Sung Kyung‘s character Cha Eun Jae, who gets kicked out of the hospital and placed at Dr. Kim’s.

In the midst of all the craziness that happens at the hospital, Seo Woo Jin and Cha Eun Jae develop feelings for each other. The series just started, but it’s already proving to be just as good as the first one. The love story and chemistry between the cast are remarkable and although the cast is very talented, the writer, Kang Eun Kyung is also so good at what she does. It’s an emotional series that really keeps you on the edge of your seat!

It’s been a few months since this drama aired, but as it consists of 100 episodes, it’s still continuing strong into the new year. “Beautiful Love Wonderful Life” is only getting better as it progresses, and a lot of it has to do with the amazing cast and incredible love story between Goo Joon Hwi (Kim Jae Young) and Kim Cheong Ah (Seol In Ah).

This series deals with basically anything and everything you can think of in terms of K-drama tropes, but the best thing about it is that you find yourself investing in the characters and their stories. It’s worth the watch, even if it’s just for Kim Jae Young and Seol In Ah’s epic romance! It’ll give you all the feels.

Hey Soompiers, which of these K-dramas are you watching right now? Let me know in the comments below!

Currently watching: “Dr. Romantic 2,” “Woman of 9.9 Billion,” and “Crash Landing on You”
All-time favorite dramas: “Secret Garden,” “Goblin,” “Because This Is My First Life,” “Star In My Heart”
Looking forward to: Won Bin‘s return to the small screen

Soompi Spotlight
Chocolate
Beautiful Love Wonderful Life
Crash Landing On You
Woman of 9.9 Billion
Dr. Romantic 2
How does this article make you feel?