On the January 19 episode of KBS’s “2 Days & 1 Night Season 4,” DinDin was asked to rank the members in terms of looks.

During their breakfast, DinDin brought up the fact that many people were praising the new cast’s visuals online. He said, “If you look at the four of us, we’re really great,” referring to Yeon Jung Hoon, Kim Seon Ho, Ravi, and himself.

Kim Jong Min, however, protested against this and said, “I have no words, really.” When DinDin was asked which member he personally thought was the best-looking, he jokingly told Kim Jong Min and Moon Se Yoon, “I’m sorry, but you don’t need to look at me at all.”

He ended up picking Kim Seon Ho as No. 1 but made everyone laugh when he said that he and Yeon Jung Hoon were tied for second. “I think that we’re kind of similar,” DinDin insisted. Kim Jong Min, who had been completely passed over in the rankings, chimed in by joking that he could not accept Ravi as a visual member.

Ravi replied, “The member in charge of visuals in VIXX was Hongbin” and said to DinDin, “I don’t think I’m good-looking, but…” DinDin said encouragingly, “You have appeal” but Ravi caused a wave of laughter by saying, “But I’m better than you.” 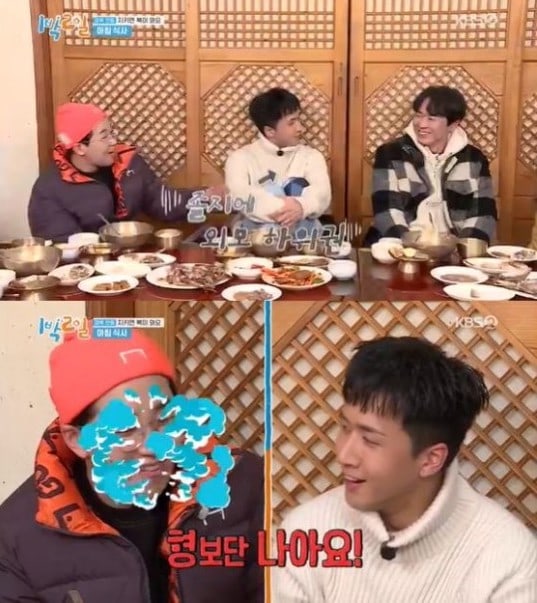