The Yang Se Chan-Jun So Min love line is as entertaining as ever!

Before their mission began, the male members were asked to choose their partners by giving them a stuffed doll.

Yang Se Chan stepped out as the first person to pick his partner, so the other male members asked, “What type of partner would you like?” 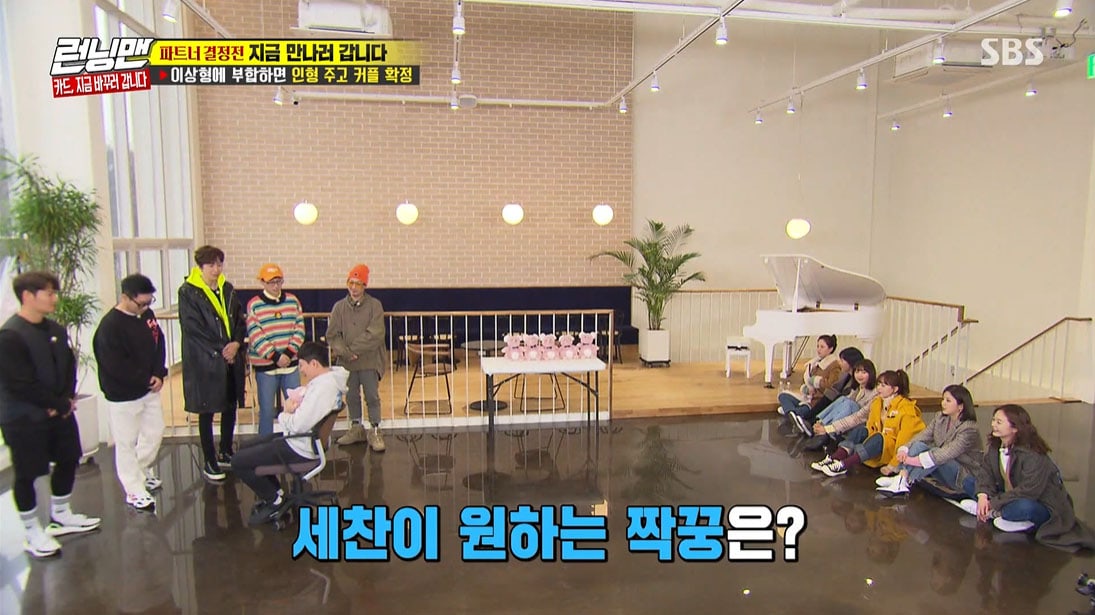 He answered, “It’s trivial, but I’d like if someone who had a pretty wink came here.” As soon as he uttered the words “pretty wink,” Jun So Min quickly stood up, to which the male members remarked, “Come out when we officially start [the game]!” 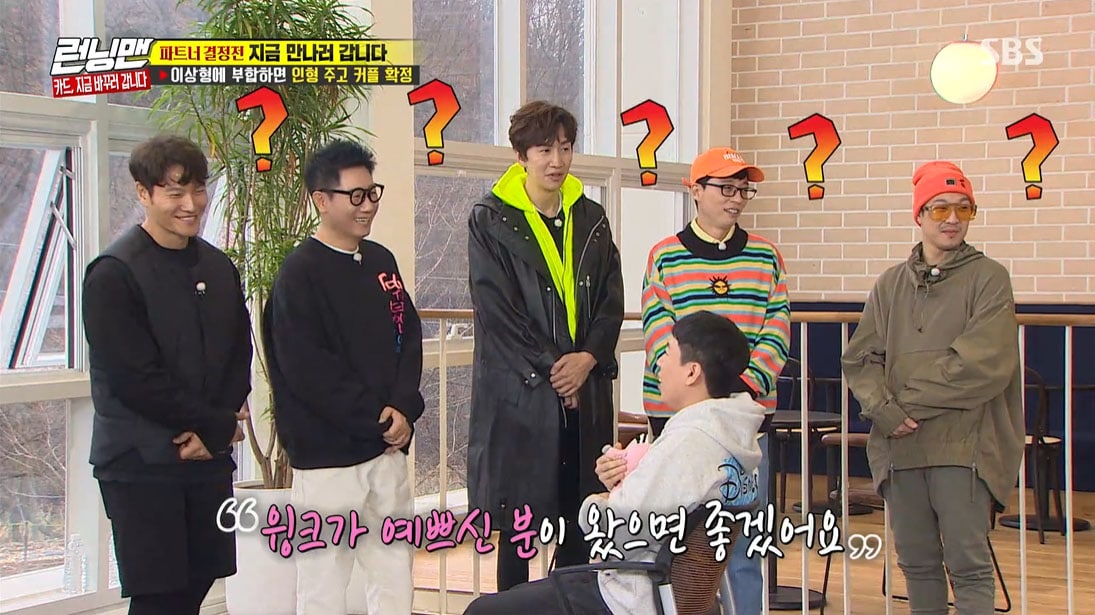 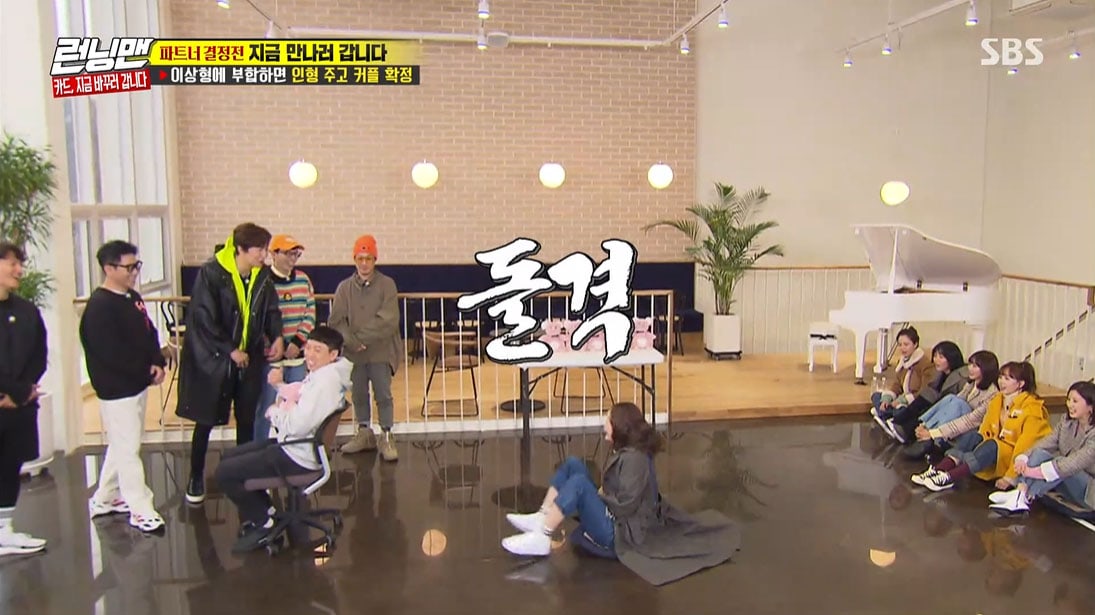 Before he turned out, the members questioned, “Is there someone you’re thinking about? What about their hairstyle?” Yang Se Chan answered, “I really like short bobs.”

All eyes were on the couple as Yang Se Chan finally turned out to meet his new partner, and he couldn’t help but laugh when she greeted him with a wink. 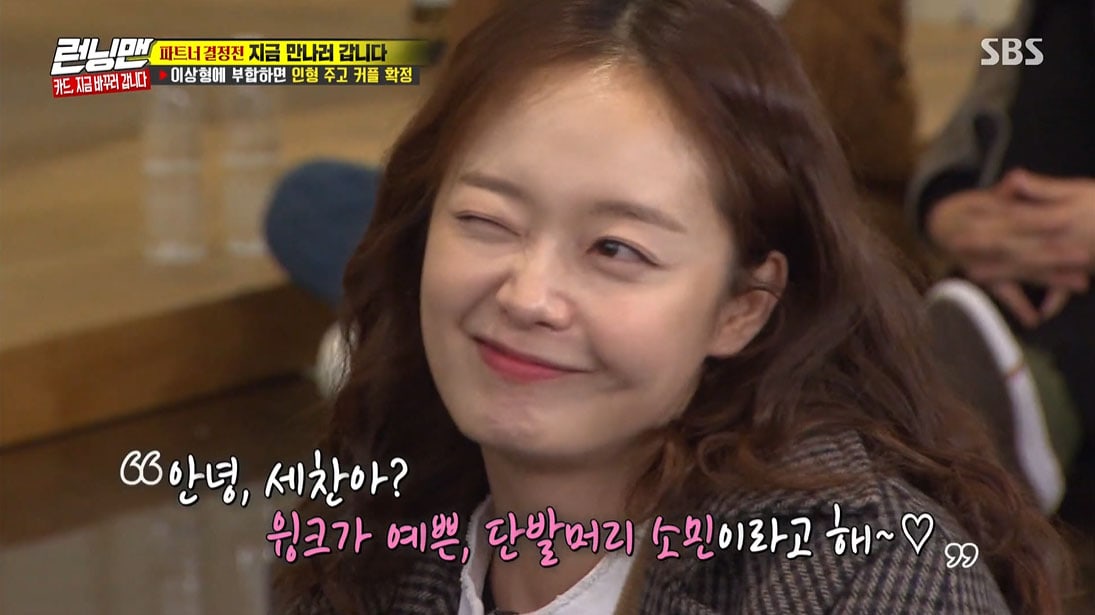 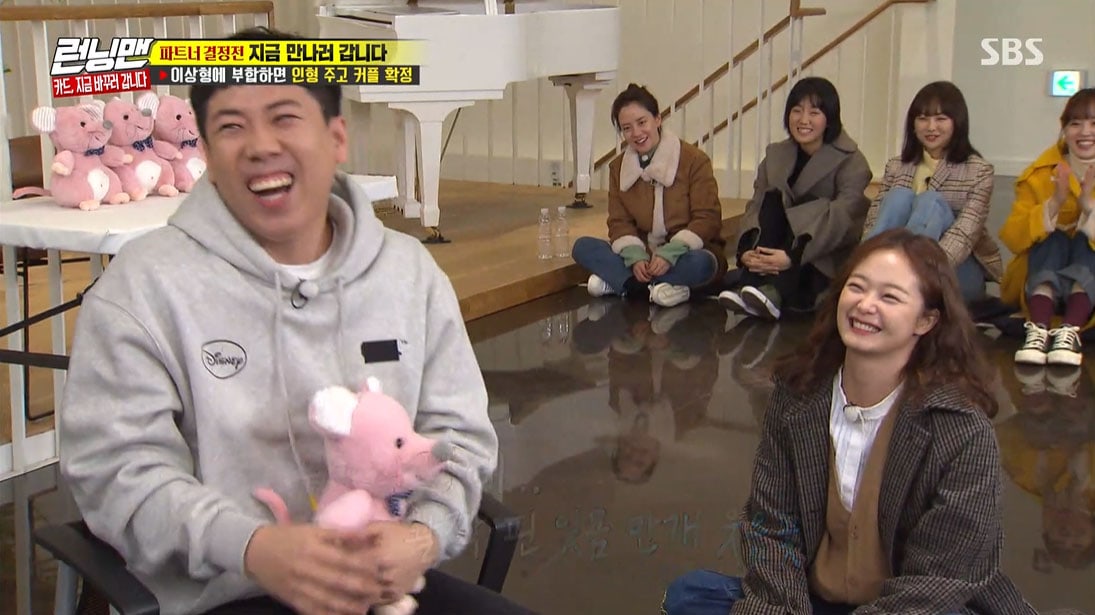 When Yoo Jae Suk encouraged him to make his decision, Yang Se Chan questioned, “Wait, I don’t have to pick her? Oh, then I’ll wait a little.” After everyone laughed at his sudden push-and-pull method, Yang Se Chan clarified, “Okay, I’ll decide after seeing her wink.”

After Jun So Min winked once again for Yang Se Chan, he couldn’t hide his pleased smile. Finally, he commented, “I’ll do what my heart is telling me to do,” and handed Jun So Min the stuffed toy. 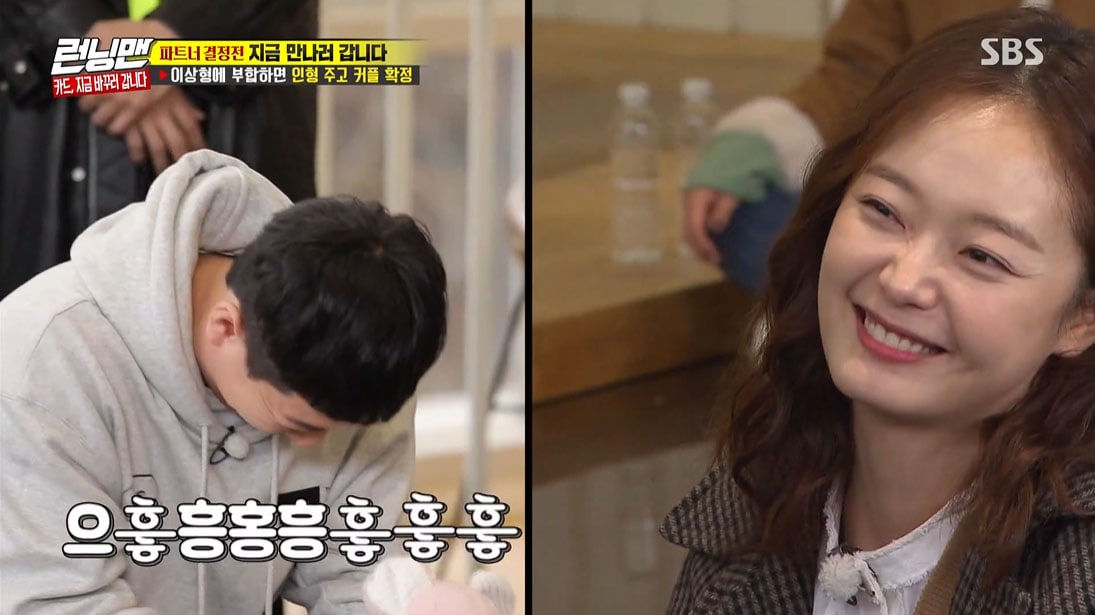 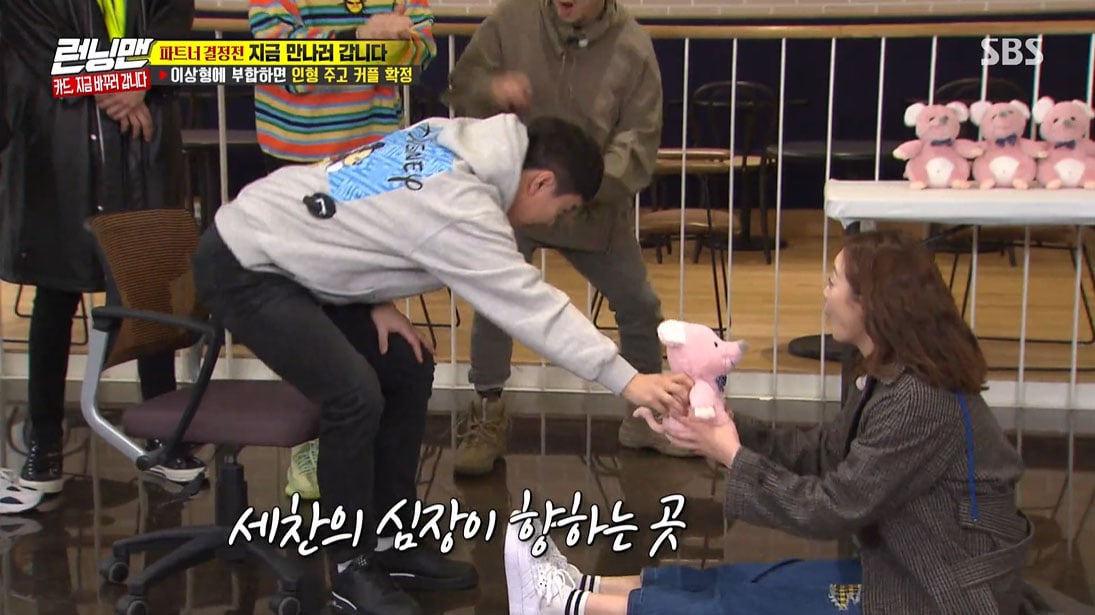 Though everyone seemed to be ecstatic at his cool comment, Jun So Min pouted as she said, “What is this! This isn’t funny at all. I was joking but you gave it to me so seriously!” Yoo Jae Suk quickly pointed out, “So Min, you say that, but did you know that you were smiling the entire time he gave you that [doll]?”

As the new couple walked off to the side, Ji Suk Jin questioned, “Wait, are they partners now?” to which the other members teased, “Did you not know this entire time? Do you know where we are now?” 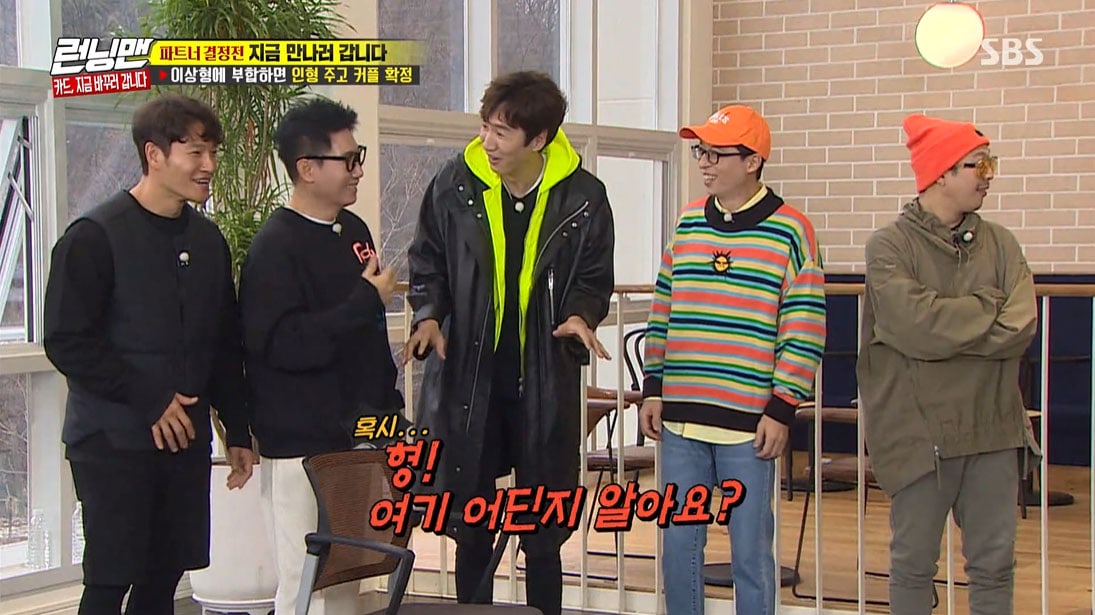