Mnet will be airing a new variety show about ballads!

“Wanna Be Singers” (tentative title) features six celebrities who are passionate about music but lack singing skills and follows their story of growth as they train to become ballad singers.

The cast includes MMA fighter Kim Dong Hyun, who dreams of becoming a singer, comedian Moon Se Yoon, who feels the happiest when singing, songwriter Yoo Jae Hwan, who wants to shed his former TV personality to sing serious ballads, actor Yoon Hyun Min, who dreams of releasing a ballad that tells his story, former announcer Jang Sung Kyu, who wants to sing a ballad that comforts others, and model-actor Joo Woo Jae, who has extensive knowledge of ballads.

A source from the show said, “I was able to see the cast members’ passion toward becoming good ballad singers and their sincerity towards music while preparing for the program. We plan to tell a genuine story about their challenge and growth.” 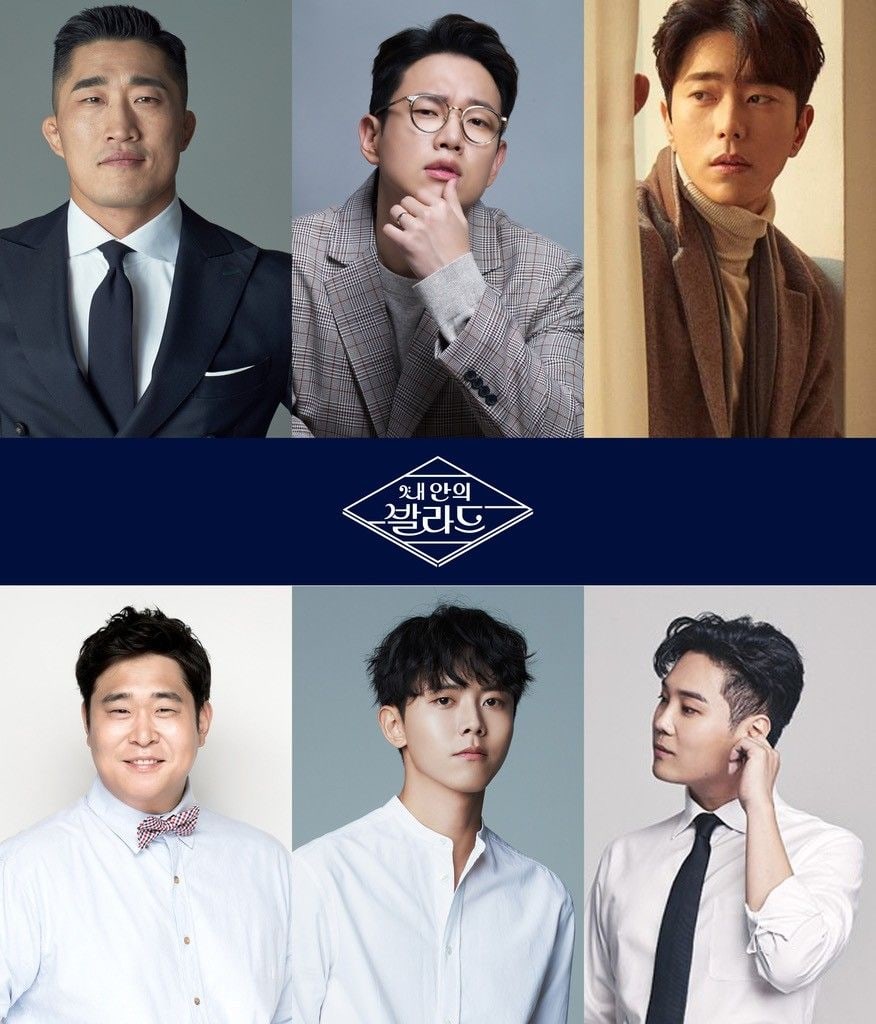 Mnet also released a teaser featuring interviews with its cast. In the clip, the staff informs the members about the title of the show. Jang Sung Kyu replies, “Ballad? I like rock ballads” before bursting into laughter.

The teaser explains that a program solely for ballads will be premiering on Mnet for the first time. Joo Woo Jae says, “Just the fact that you’re making a program about ballads…” and Kim Dong Hyun comments, “This is awesome. This is something I’ve really wanted.”

Each cast member expresses his passion for the show. Jang Sung Kyu says, “I said that we should do this even if I have to turn down everything else” and reveals that this is something on his bucket list. Moon Se Yoon and Yoon Hyun Min both add that this has always been a dream of theirs.

Referring to his headline-making weight loss results, Yoo Jae Hwan states, “I finally have the appearance to sing a ballad.” Kim Dong Hyun describes himself as a possible diamond in the rough before Joo Woo Jae says, “My wish is being able to sing just the first verse of (censored song title) in its actual key.”

Moon Se Yoon brings up Yoo San Seul, Yoo Jae Suk‘s trot persona from “How Do You Play?” and names “M Countdown” as a possible stage to perform on as a singer. Showing his dedication for the show, Yoon Hyun Min tells the staff, “(Censored name) called me not too long ago. I told them that I can’t do it because of this.”

Jang Sung Kyu adds, “I want to devote everything to this. I’m going to have to step down from all other programs,” and Yoo Jae Hwan concludes, “People only know me as a TV personality, so I hope they’ll be moved.”

“Wanna Be Singers” premieres on February 21 at 9 p.m. KST. Check out the teaser below: