Park Hae Jin plays Kang San Hyuk, an elite specialist at an investment firm who will do whatever it takes to achieve his life goal of obtaining 1 trillion won (approximately $863 million) in personal assets.

Though Kang San Hyuk is a star in his field of business, he is not perfect. In crucial moments, he experiences a phantom pain of his arm burning. Because he hates to be seen by others as having a weak mind, he has ignored the pain he feels thus far, but one day, he meets surgeon Jung Young Jae (played by Jo Bo Ah) in a mysterious forest and comes to a turning point in his life.

In the new stills, Kang San Hyuk makes a grand entrance at a directors’ meeting and puts his business expertise on full display. 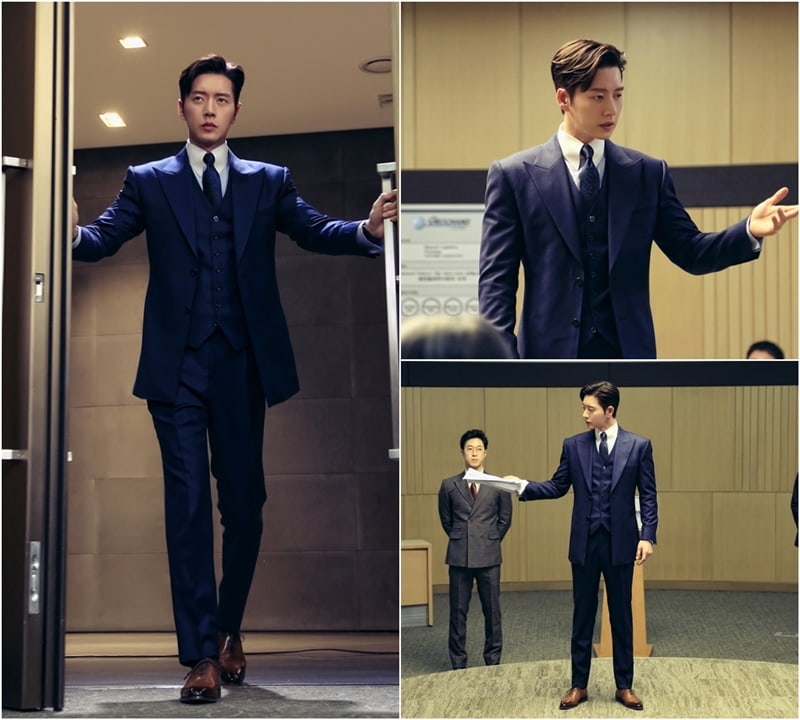