MBC is getting everyone eager for the premiere of “Birds of a Feather” (tentative title) with an official poster and preview!

This new variety show will divide its cast by each member’s individual preferences. The members will deliver funny and relatable moments as they respect each other’s differences and react differently to the same situation based on their personalities.

On January 21, a source from the show said, “We prepared a program where viewers can reflect on their dispositions and others’ dispositions together. Without losing the fun of variety shows, we plan to deliver laughter so that viewers can enjoy themselves on Sunday nights.”

“Birds of a Feather” also released three points to watch out for during the show’s premiere.

The cast is a refreshing mix of variety show veterans and newcomers, piquing curiosity about their chemistry. 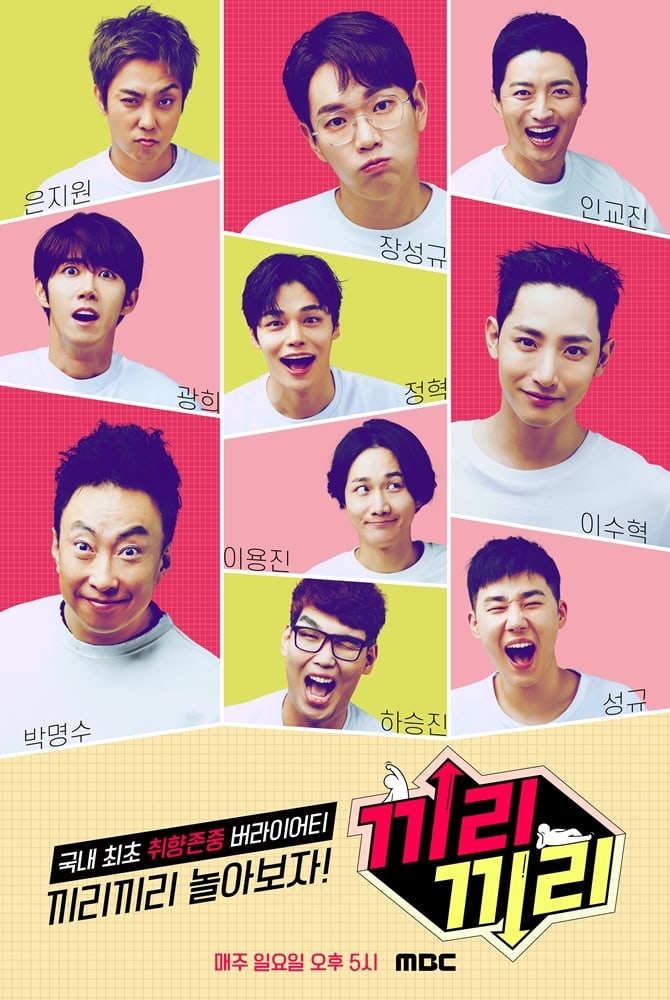 The show is expected to highlight each member’s disposition and the journey of learning about those who are similar to or different from oneself. This is a new concept that sets “Birds of a Feather” apart from other variety programs.

Unlike other programs that begin with a pilot before its official broadcast, “Birds of a Feather” is scheduled for regular broadcasting starting January 26 at 5 p.m. KST.

The program previously released a clip of each member’s tendencies on MBC’s YouTube channel that introduced viewers to its cast. In the clip, Jang Sung Kyu stated he has scholarly tendencies while Lee Soo Hyuk revealed he’s a homebody who doesn’t move unless he has to. In Kyo Jin also revealed that he cries when watching sad scenes and Sunggyu explained that his nickname is “Sunggyu who’s alone like an island.”

Park Myung Soo made others laugh with his comedy skills, and Eun Ji Won showed off his silly charms while stating that he became the SECHSKIES leader due to his age and not leadership skills. Lee Yong Jin introduced viewers to his strong mentality and showy personality, while the youngest cast member Jung Hyuk was full of energy. Kwanghee used his outgoing personality to show his desire to rank highly in the Brand Reputation Rankings, and Ha Seung Jin delivered laughter with his many nicknames.

“Birds of a Feather” also released a preview from its first day of filming where the different personalities of the members are clearly visible from the get-go. The cast deliver different reactions to various challenges and share laughs as they test out their chemistry.

“Birds of a Feather” premieres on January 26. Check out the preview below: