The actor gave off bright energy throughout the shoot and brought laughter to the staff on set. “I try to raise the energy when I’m doing something that I’m especially not confident in like a pictorial shoot so that I don’t trouble anyone,” he said.

Kim Seon Ho has appeared in many dramas including “Chief Kim,” “Two Cops,” “You Drive Me Crazy,” “Feel Good to Die,” “Welcome to Waikiki 2” and “100 Days My Prince.” About his consistent work, he commented, “I was lucky.”

He explained, “I think it’s probably because I’m always smiling. I don’t think about the future. If it’s fun now and if it’s a new experience, then I think it’s fine.” 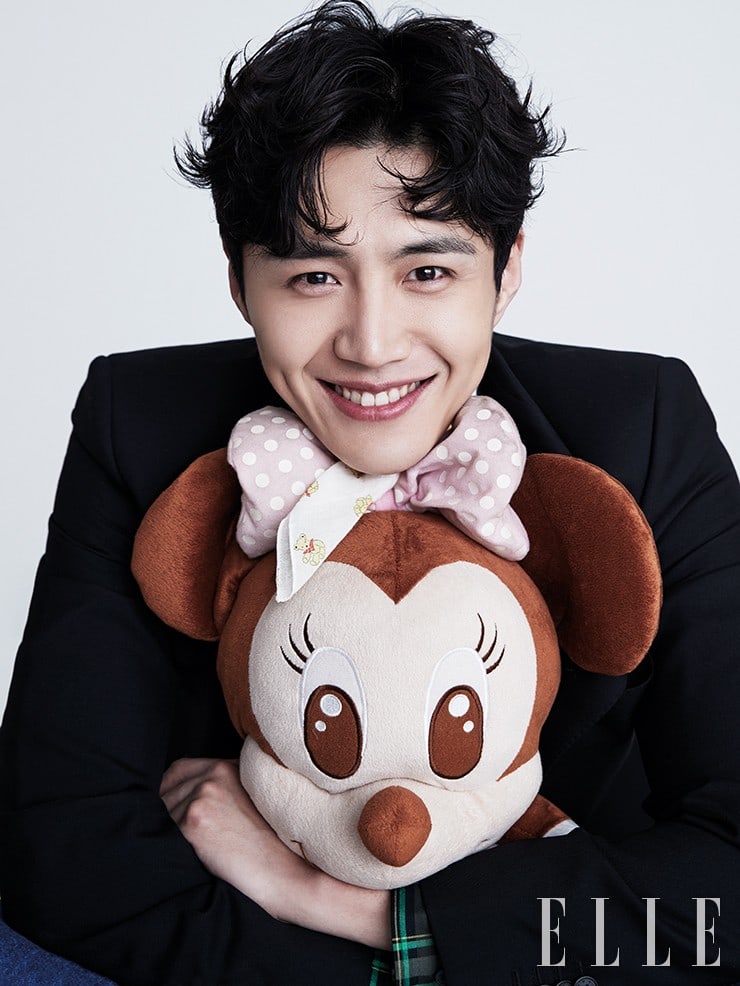 Speaking about being a fixed member on “2 Days & 1 Night 4,” Kim Seon Ho said, “I joke around a lot and tend to like black humor. I was quite confident when joining ‘2 Days & 1 Night,’ but it was difficult to be relaxed and be natural.”

Kim Seon Ho’s pictorial and interview can be found in the February issue of Elle magazine.