In the new stills, we see the young employees of Dan Bam, a new food stall business by Park Sae Roy (played by Park Seo Joon). Despite being labeled a middle school graduate and an ex-convict, Park Sae Roy pays no mind and fearlessly jumps into entrepreneurship.

Kim Da Mi plays Jo Yi Seo, the manager of Dan Bam. She’s a highly intelligent sociopath with an IQ of 162 who has a dark aura hidden behind an innocent appearance. Kim Dong Hee plays Jang Geun Soo, the second son of CEO Jang Dae Hee (played by Yoo Jae Myung) who has had a crush on Jo Yi Seo since they were students, and Ryu Kyung Soo is Choi Seung Kwon, a former gang member who now works at Dan Bam.

A source from the drama said, “Please look forward to the chemistry of the Dan Bam family, at the center of which stands Park Seo Joon’s Park Sae Roy. The young team’s passion with which they work to become the best will be exhilarating to watch.” 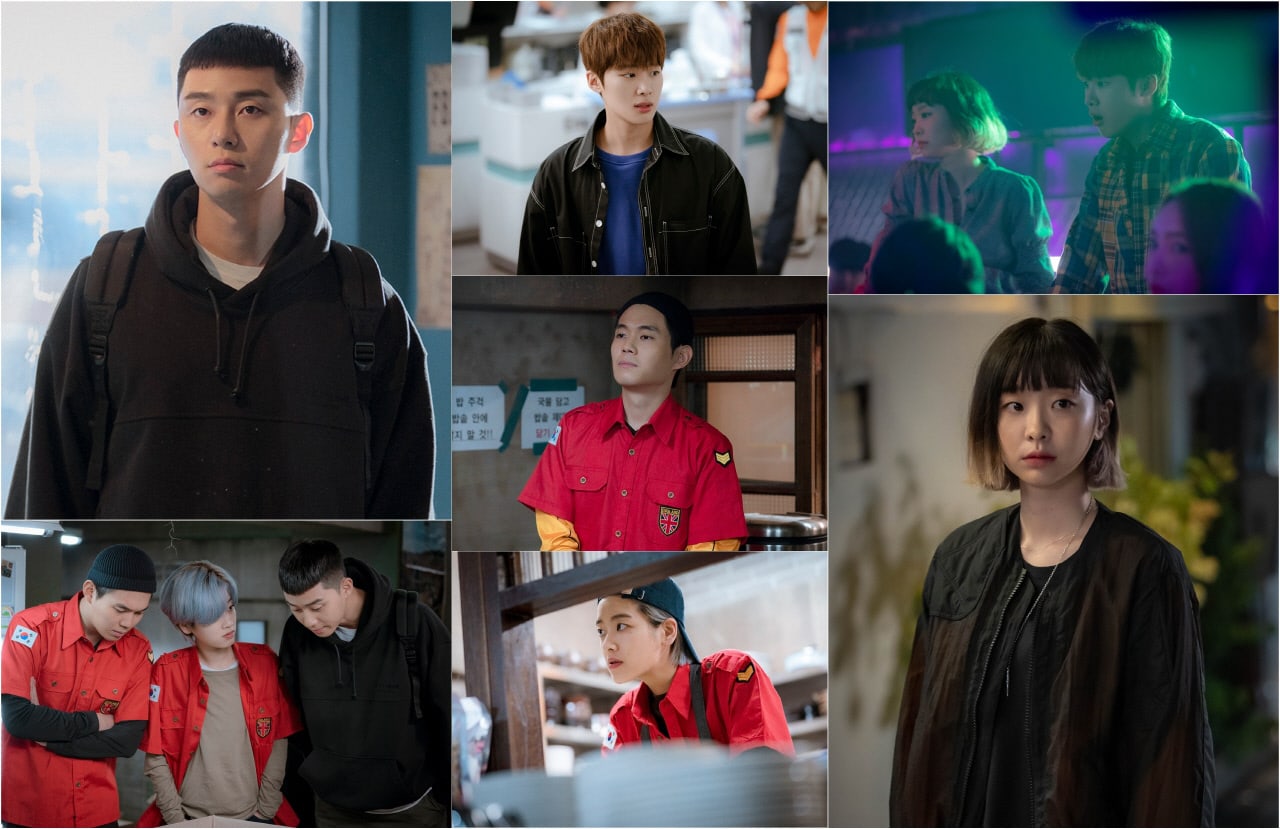