First Impressions: “How Are You Bread” Offers Warm Romance And Fresh-Baked Fun

It’s been ages since “How Are You Bread” wrapped up filming back in 2016, but the wait is finally over! The web drama premiered on January 17, and it has all the ingredients of a warm and lighthearted watch with some fun twists. If you’re a fan of EXO’s Suho or Lee Se Young, are looking for an intriguing yet easy-to-watch drama, or are wondering what on earth “how are you bread” even means, then read on for our thoughts about the drama’s premiere!

Warning: some spoilers for Episode 1 below. And also a lot of bread puns.

There’s a new bakery in Noh Mi Rae’s (Lee Se Young) neighborhood, and it’s quickly become so popular that customers are lining up to wait for it to open every morning. The reason, Mi Rae soon discovers, is that the shop’s bread has a mysterious power…. 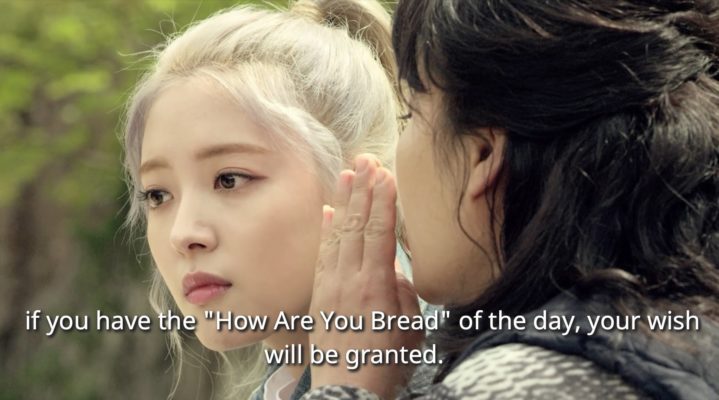 Rumor has it that this is because the baker, Ha Do Woo (Suho), thinks of his deceased first love every morning while he bakes his bread, kneading his emotions into his pastries and thereby bestowing the breads with their special properties. Intriguing, no?

As we would expect from a character with so much pent up sorrow and longing, Do Woo is rather restrained and aloof. The exception, of course, is when he’s baking, and one of the best parts of “How Are You Bread” is watching Suho gaze lovingly at baked goods. Seriously, is anything more wholesome than a man who dotingly, painstakingly places each perfectly-halved strawberry atop his mousse?

Mi Rae, for her part, is a major sweetheart, friendly to everyone and helpful to neighbors in need. She’s also definitely not one to loaf around, and is described as a “thick-skinned workaholic.” But that’s just because she’s passionate about her job as a script-writer, as evidenced by her habit of sitting down wherever and whenever an idea happens to strike her, and working it all the way to completion: 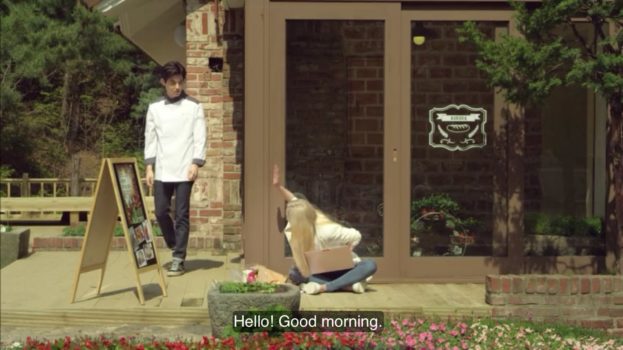 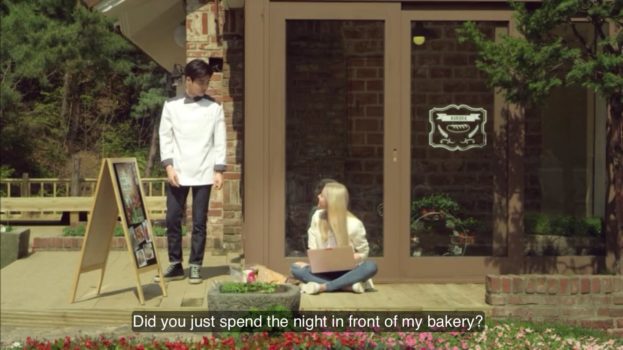 We have a feeling that Mi Rae’s thick skin will come in handy though, especially when her demanding boss at the broadcasting company (whom the employees have nicknamed “the witch”) puts her in charge of a baking competition show and tasks her with getting Do Woo to appear on it — which he has no intention of doing.

“How Are You Bread” promises to be a straightforward romantic tale, and the first episode doesn’t shy away from some of our favorite cheesy K-drama clichés, like the oops-we-fell-on-top-of-each-other first meeting. 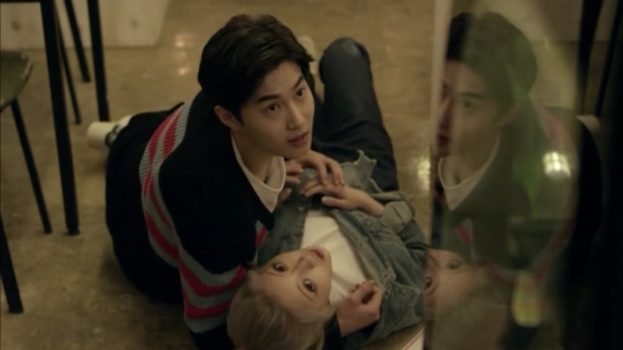 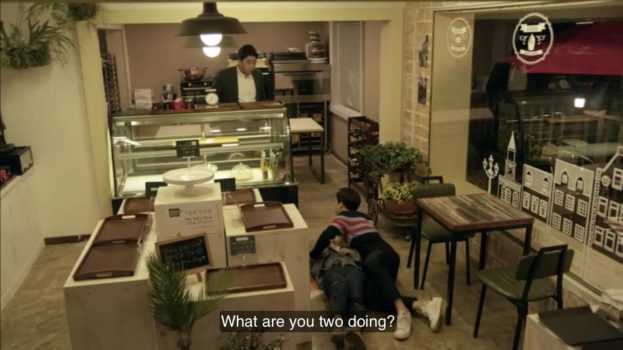 But that doesn’t mean this plot will be stale. From the first episode, “How Are You Bread” has given us plenty of emotional backstory to consider. Mi Rae clearly has her dreams and frustrations, and Do Woo has his own family traumas to contend with: his father’s disappointment in him for baking Western-style pastries instead of the family practice of traditional Korean rice cakes promises to be an interesting dilemma from both a family and cultural heritage standpoint. 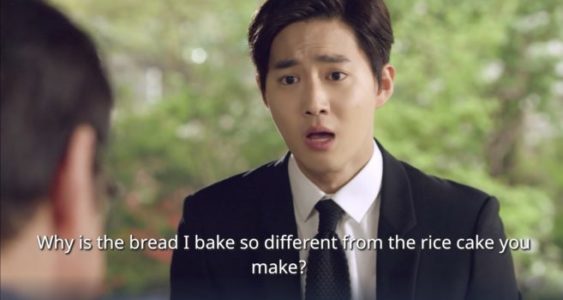 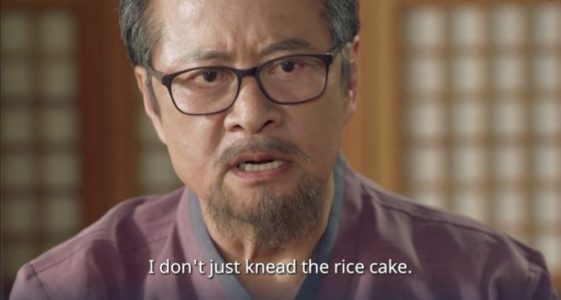 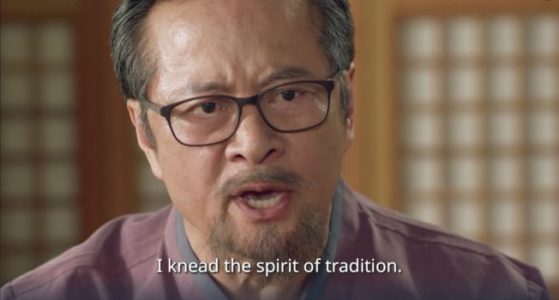 While the main leads are the bread and butter of any K-drama, the supporting characters and subplots can be just as important — and “How Are You Bread” has already given us glimpses of Mi Rae’s amusingly eccentric coworkers, including a not-so-secret office couple and a newbie/wannabe-DJ who gets way too drunk at company dinners. These characters promise to be the icing on the cake of a great drama, and we can’t wait for more of their antics!

So far, what makes “How Are You Bread” captivating is the characters, and their complex stories and emotional realities. And in such a character-driven drama, Suho and Lee Se Young have a lot of heavy lifting to do to make sure their characters don’t come out half-baked. But so far, they’re convincing, and there’s enough to unravel that will make the drama worth watching. Episode 1 already left us with plenty of questions: what’s the sad story behind Do Woo’s first love? Can Mi Rae convince Do Woo to join her baking show? What did Mi Rae wish for when she ate the “how are you bread,” and why did she cry? 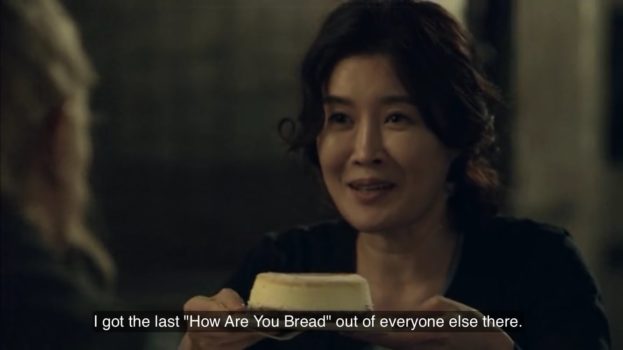 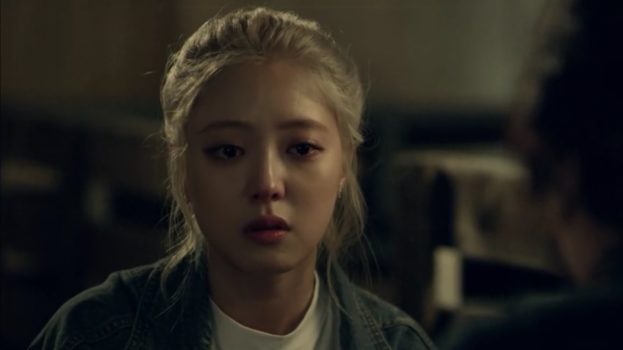 And while their romance is already starting to simmer, as evidenced by the fact that Do Woo is obviously interested in Mi Rae in spite of himself…

These two are going to have to overcome several hurdles in their personal and professional lives in order to make their eventual romance work — it definitely won’t be a piece of cake!

Hey Soompiers, what did you think of the premiere of “How Are You Bread”? How many baking puns are there in this article? Let us know in the comments!

Catch Episode 1 of “How Are You Bread”:

EXO
Soompi Spotlight
How Are You Bread
Suho
Lee Se Young
How does this article make you feel?