On January 22, fans of X1 protested in front of the CJ ENM building in the neighborhood of Sangam in Seoul.

X1 is a boy group formed through Mnet’s survival program “Produce X 101.” Following the group’s debut on August 27, police investigation results revealed that the show’s producers had manipulated the votes that determine the contestants’ rankings. On January 6, the X1 members’ agencies announced the group’s disbandment. 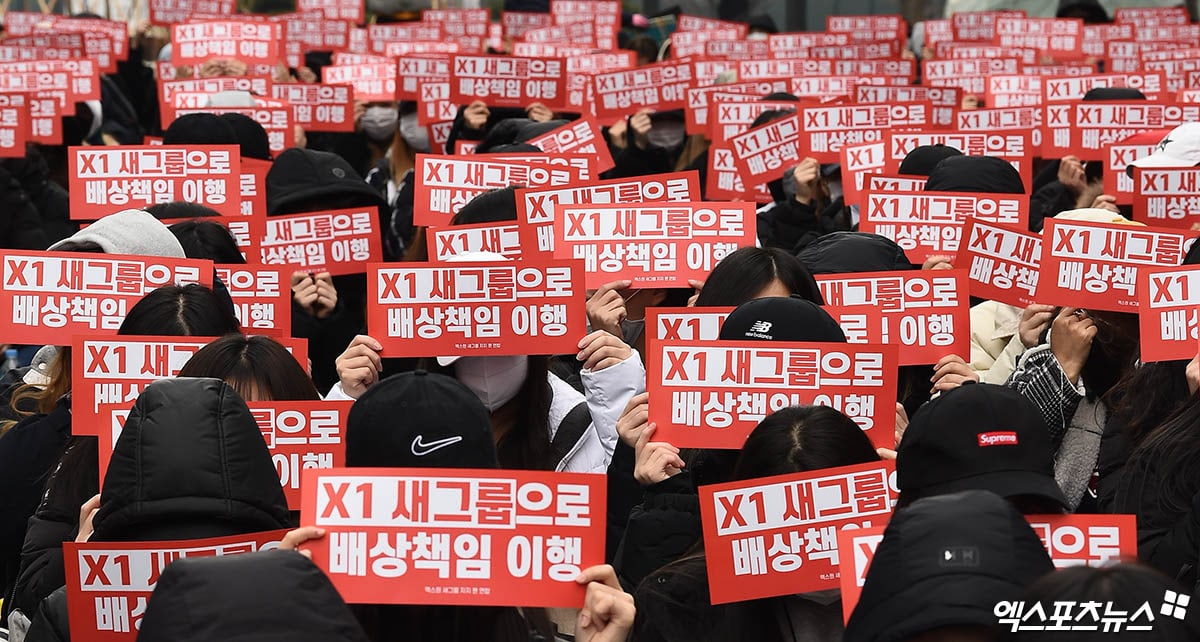 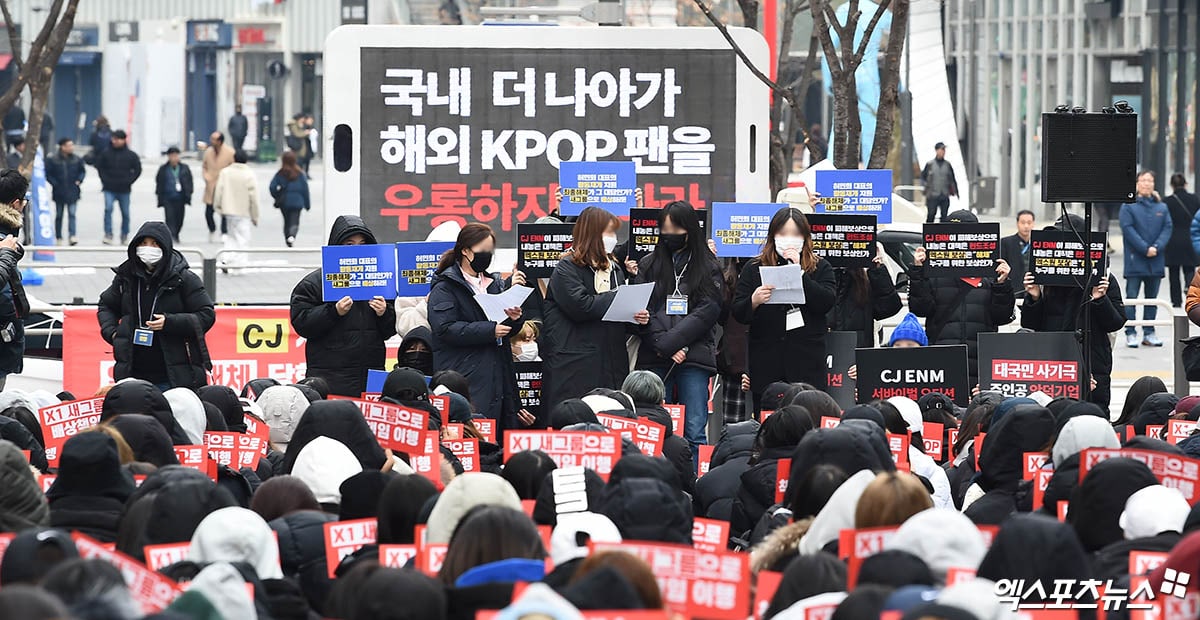 The three main demands made by fans against CJ ENM were to take responsibility for the damages received by X1 and X1’s fans, to announce the decision to create a new group by January 31, and to bring together the heads of the X1 members’ agencies for another meeting by February 7.

Fans at the protest stated that the voices of the fans and members of X1 were not heard in the process of the group’s disbandment and that the decision was made unilaterally by the higher-ups. They demanded that CJ ENM gather the members of X1 who are willing to promote together again to form a new group.

The members of the fan association shared, “We will not stop our fight until CJ ENM accepts our demands, and if we don’t receive a positive response by these dates, we will continue to protest at a larger scale and in various forms.” 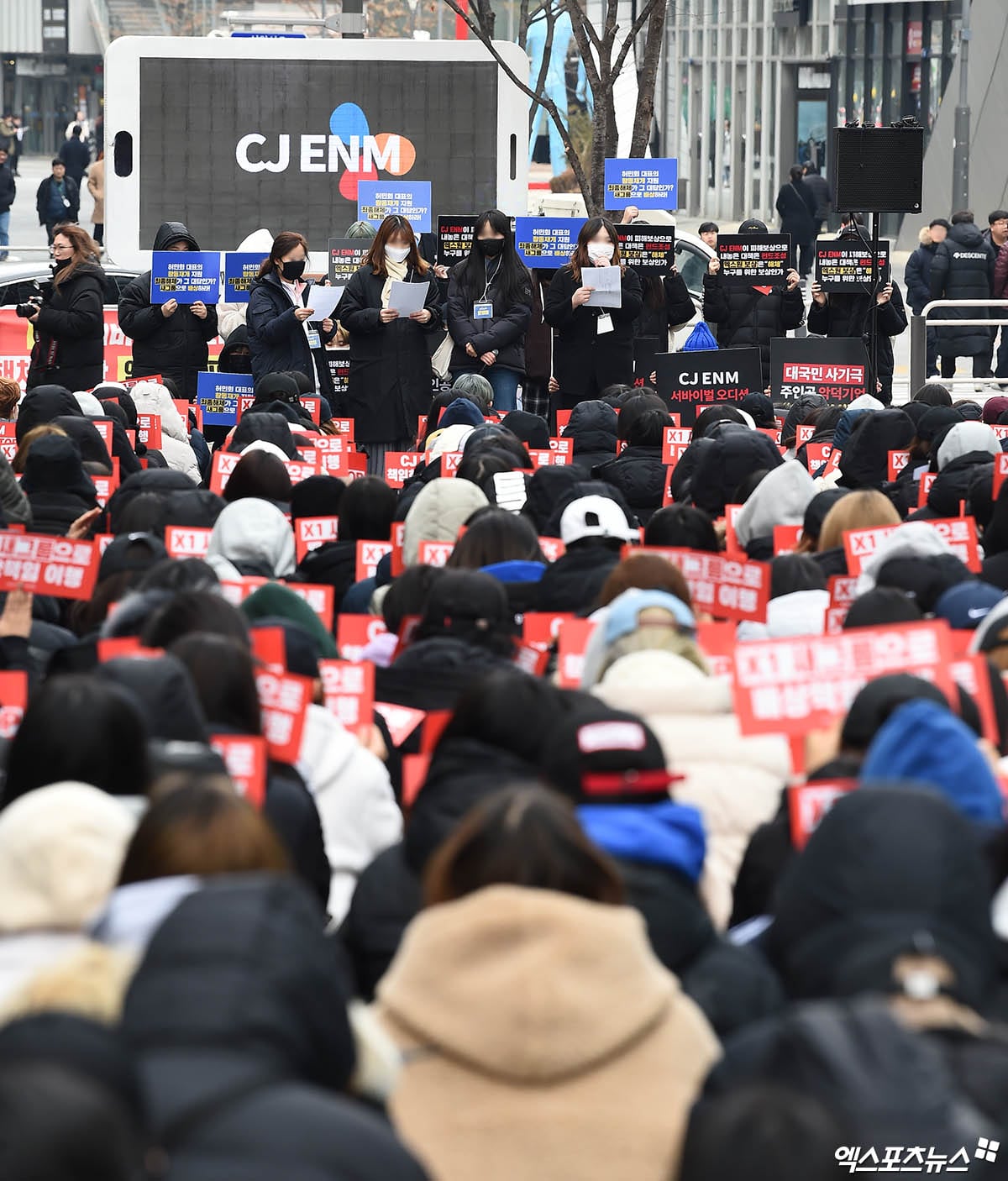 CJ ENM said in an official statement, “We think it is very unfortunate that the recent situation led to X1’s disbandment following discussions between the members’ agencies, and we feel great responsibility. CJ ENM will continue to actively support the activities of the X1 members.”

While the protest was taking place, X1 fans all over the world trended the hashtags “#BringBackNewX1” and “#CJTakeTheResponsibility” on Twitter.

Credit for bottom half of top photo: Xportsnews

XPN
CJ ENM
X1
How does this article make you feel?