2PM’s Taecyeon And Lee Yeon Hee Lock Eyes During An Intense Pursuit In “The Game: Towards Zero”

MBC’s new drama “The Game: Towards Zero” revealed new stills ahead of its premiere!

“The Game: Towards Zero” is a new mystery thriller starring 2PM’s Taecyeon as Kim Tae Pyung, a man with the supernatural ability to see other people’s deaths when he looks into their eyes. Together with detective Seo Joon Young (Lee Yeon Hee), he sets out to uncover the truth behind a murder that took place 20 years ago.

The newly released stills showcase Kim Tae Pyung and Seo Joon Young’s first encounter. With a car stopped in the middle of the road and detective Seo Joon Young pointing her gun towards the direction of the car, the scene hints at an intense chase. Furthermore, the fact that Seo Joon Young is pointing her gun at none other than Kim Tae Pyung has made viewers curious to see how their first encounter will play out and how their relationship will develop from this point on.

In particular, the stills showcase the high tension of the moment as Kim Tae Pyung doesn’t even have the time to button his shirt when his car’s door is wide open. However, his gaze is unwavering as he stares back at Seo Joon Young who has her gun pointed towards him. Viewers are curious to find out what Kim Tae Pyung sees as he locks gazes with the calm and collected ace detective. 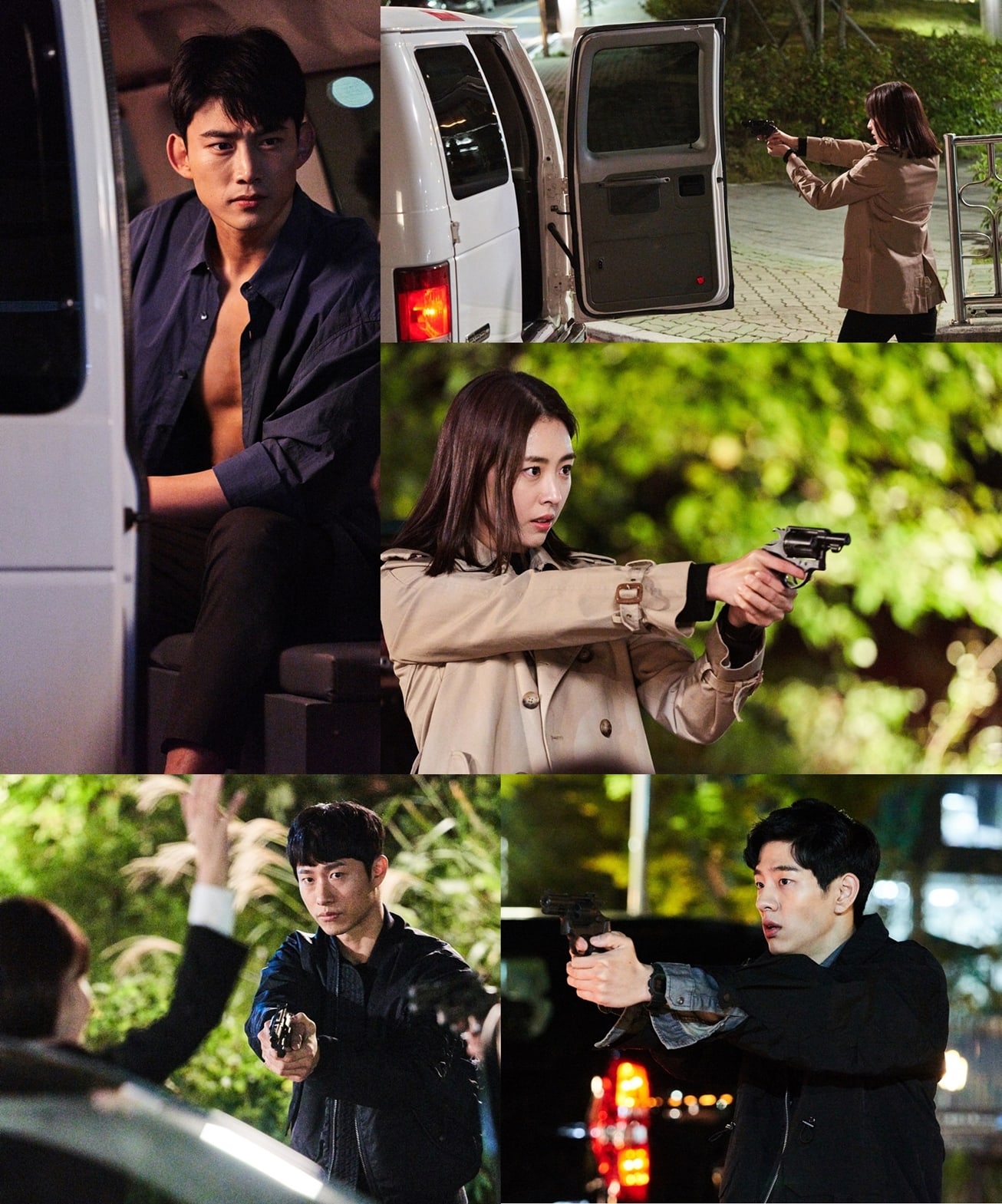 The production team shared, “This is an important scene that shows the beginning of their relationship. The tension will double as the two experience extremely complicated emotions while they stare at each other even though it’s only their first time meeting. Their portrayal of emotions and acting chemistry were extraordinary to the point that it was difficult to believe that this scene was filmed early on. It will most likely become a scene that leaves an extremely strong impression. Please show lots of interest and look forward to the premiere of ‘The Game: Towards Zero.'”

2PM
Lee Yeon Hee
Taecyeon
The Game: Towards Zero
How does this article make you feel?