New stills have arrived for “Hyena”!

This upcoming series is about the fierce competition between lawyers who use their knowledge of the law to pursue their ambitions for money.

Many fans are looking forward to seeing Joo Ji Hoon on the small screen again, after he appeared in many blockbuster films including “Along with the Gods,” “The Spy Gone North,” and “Dark Figure of Crime,” and the Netflix Original series “Kingdom.” The actor has won 12 awards in the last two years and received praise for his acting skills from viewers and critics alike.

In “Hyena,” Joo Ji Hoon portrays Yoon Hee Jae, a lawyer who has enjoyed success and an elite life. He is full of pride and confidence as the ace of Korea’s most powerful law firm Song & Kim.

In the latest set of stills, Joo Ji Hoon exudes the aura of Yoon Hee Jae. He confidently stands in front of reporters and powerfully leads a team of attorneys as the head of the pack. His upright posture and facial expression also add to Yoon Hee Jae’s proud character. 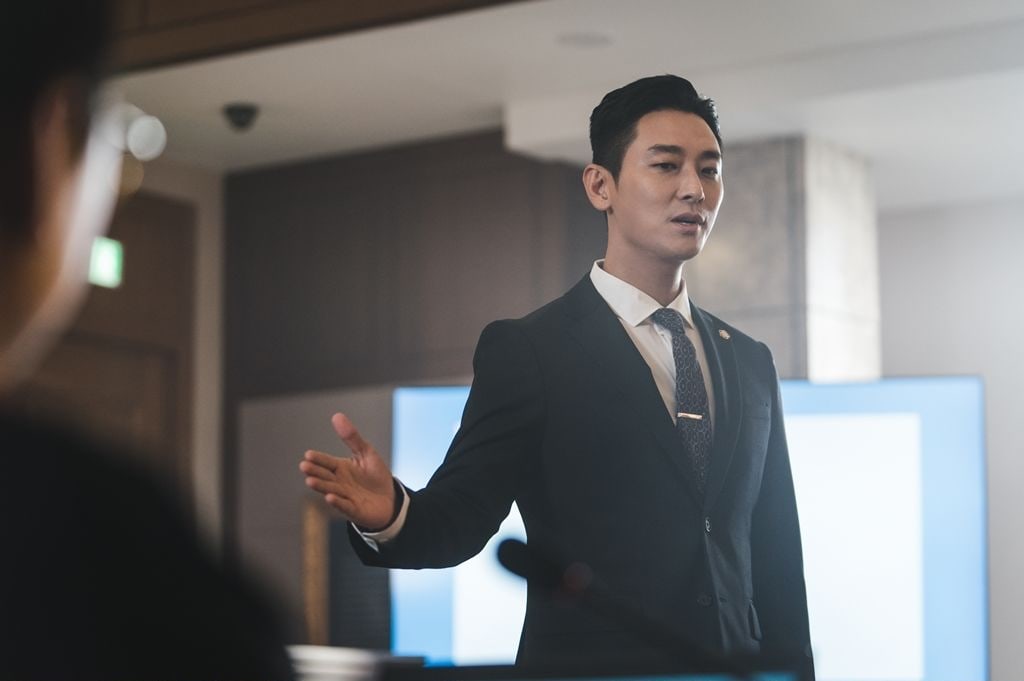 A source from the drama said, “Since the first day of filming, Joo Ji Hoon perfectly showed the appearance of lawyer Yoon Hee Jae with outstanding concentration and expressions. Joo Ji Hoon completed the character Yoon Hee Jae even more fiercely through Joo Ji Hoon’s unique aura which can be felt even when he’s just standing still. I trust that viewers will also fall for Joo Ji Hoon’s new charms which will fill the small screen.”

Joo Ji Hoon
Hyena
How does this article make you feel?