Lee Dong Wook’s DNA test brought back some surprising results for the actor!

On the January 22 episode of Lee Dong Wook’s talk show “Because I Want to Talk,” the actor welcomed the guest Yoo Sung Ho, a professor at Seoul National University who specializes in forensic medicine. Lee Dong Wook laughed as he shared with the audience that during a previous recording, the producing director (PD) had told him to do a spit test.

Lee Dong Wook explained that he’d done the test along with the PD, who happens to be the same age as him, as they were both born in 1981. They were curious to see how their bodies’ “biological ages” might differ. 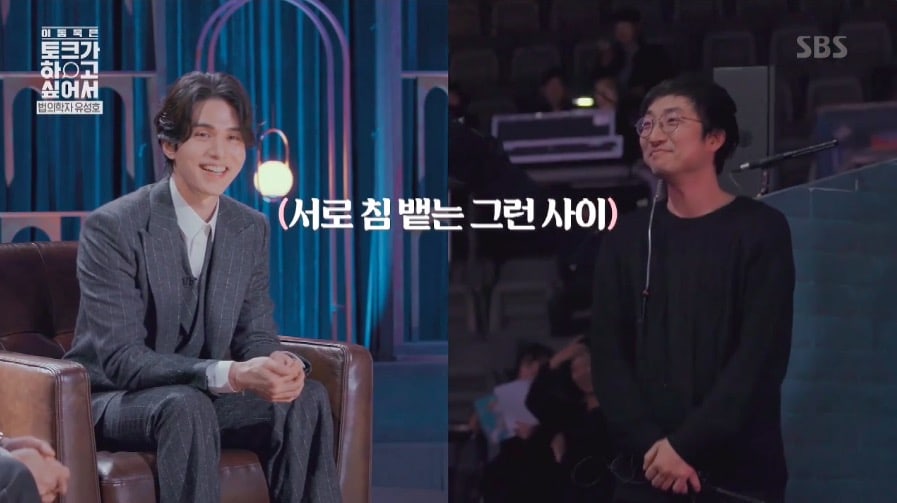 Professor Yoo Sung Ho shared that they’d done a test on their DNA. On both Lee Dong Wook and the PD’s fathers’ sides, they found typical Korean ancestry.

When looking at their mothers’ sides, the professor revealed that they’d found something a bit surprising. While the PD had typical Korean ancestry, Lee Dong Wook’s mother’s side included a gene that is usually found in Siberians.

Lee Dong Wook was shocked and asked, “Am I Siberian?” Professor Yoo Sung Ho laughed and said he’s Korean, and he shared that this gene comes up for less than 1 percent of Koreans. 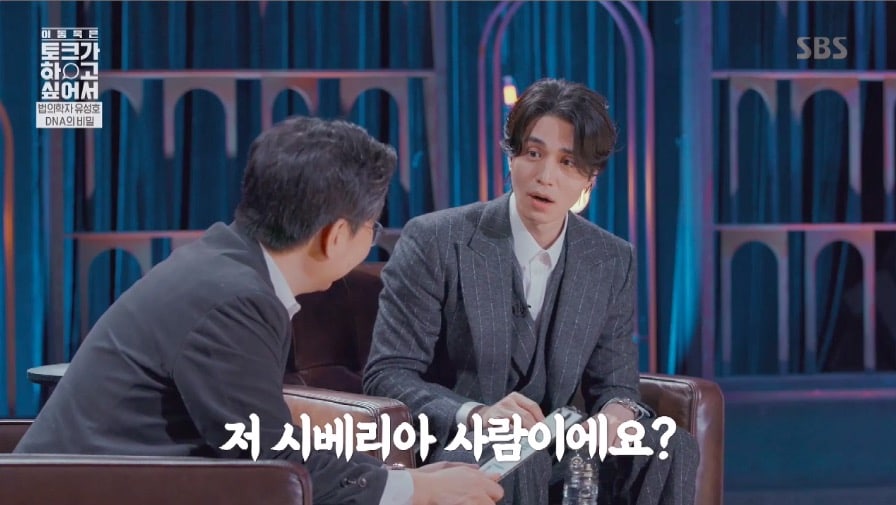 Lee Dong Wook was told that the gene is shared with many Koryaks and Khakassians in Siberia. The actor laughed and said, “I think my mother’s going to be the one who’s the most surprised by this! The fact that I’m Siberian!”

The professor began to correct him but Lee Dong Wook assured him he was just joking and knew it meant he just had that ancestry at some point far back on his mother’s side. 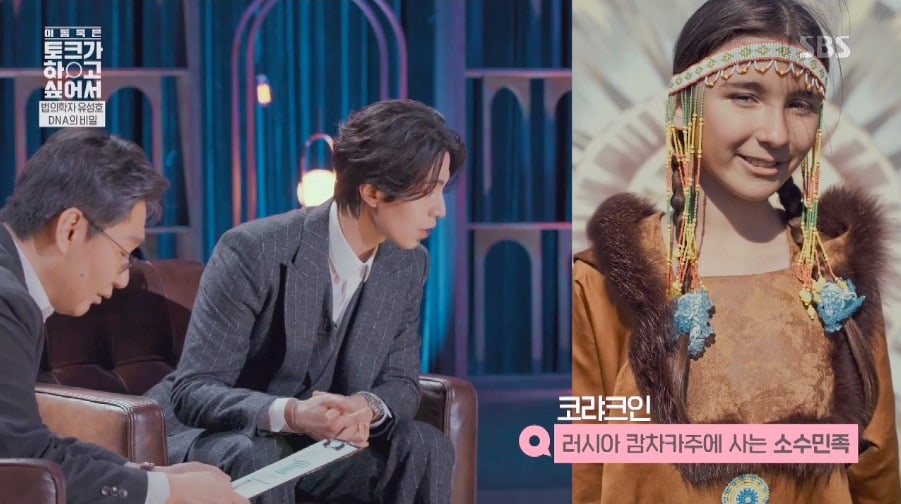 The next item they’d been tested for was their biological ages. It was shared with the audience that the PD is a vegetarian and also doesn’t exercise at all, while Lee Dong Wook exercises for two to three hours a day.

The professor shared that while he’d been looking forward to seeing the PD’s results because he’d boasted about how he’s a vegetarian and has good habits, in reality his biological age was his real age: 39.

Jang Do Yeon joked that Lee Dong Wook is actually younger than her so she can address him informally, and Lee Dong Wook told his managers to correct his age on portal sites so that it shows as him being born in 1988. 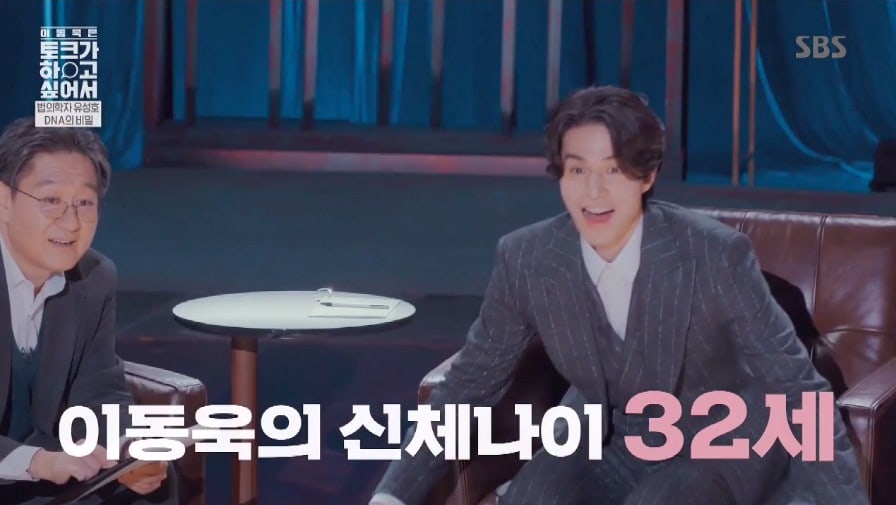 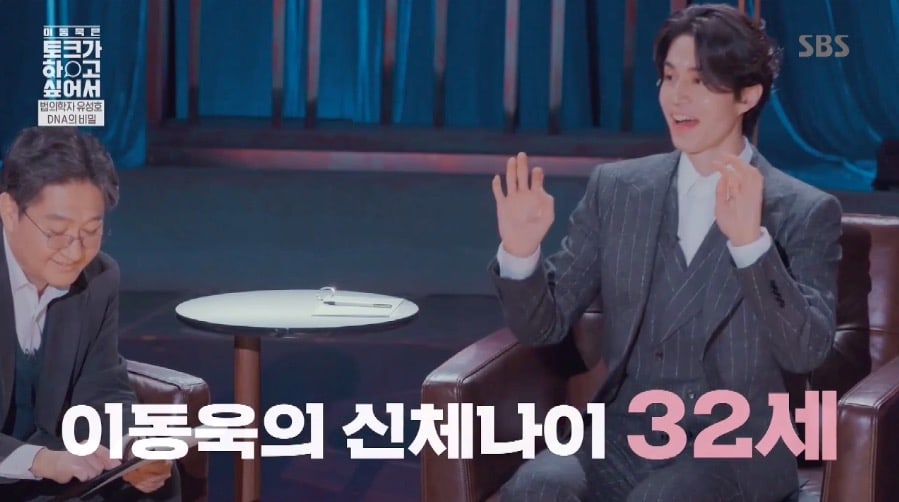 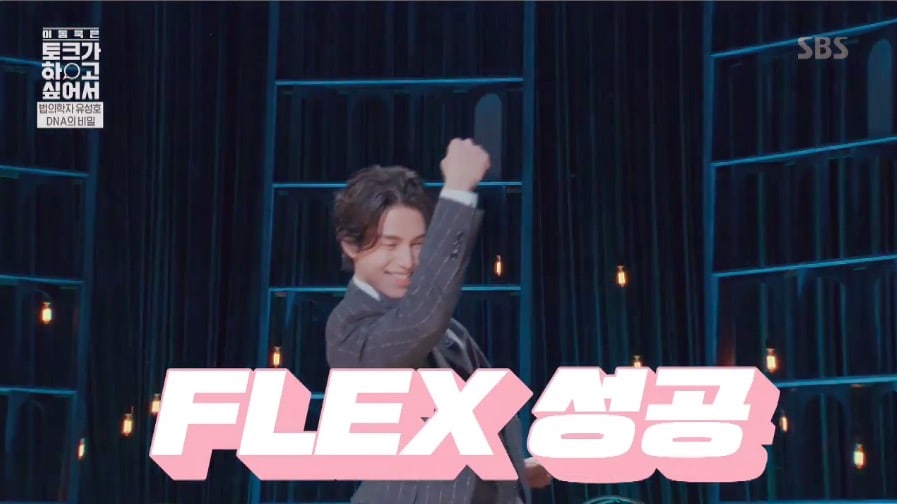 Watch Lee Dong Wook on “Because I Want to Talk” below!