On January 23, Gaon Chart announced that Zico had swept all three of this week’s digital charts with his new track “Any Song.” The single debuted at No. 1 on the overall digital chart, the digital download chart, and the streaming chart for the week of January 12 to 18.

Congratulations to Zico on his impressive achievement!

JYJ’s Kim Jaejoong’s “Ayo” debuted at No. 1 on this week’s physical album chart, while Girls’ Generation’s Taeyeon’s repackaged album “Purpose” entered the chart at No. 2. SF9’s “First Collection” came in at No. 3 for the week, while Stray Kids’ “Clé : LEVANTER” and Red Velvet’s “The ReVe Festival: Finale” climbed back up the chart to No. 4 and No. 5 respectively. 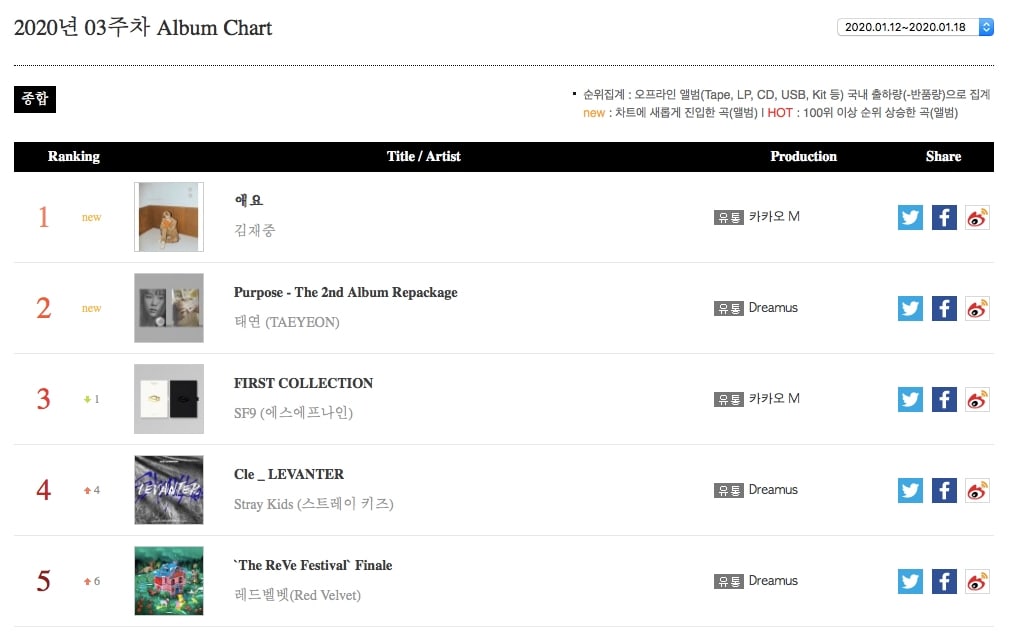 Zico’s “Any Song” entered the overall digital chart at No. 1 this week, followed by Changmo’s “METEOR” at No. 2 and Red Velvet’s “Psycho” at No. 3. Baek Yerin’s “Here I Am Again” (from the OST of “Crash Landing on You”) debuted at No. 4 on the chart, while IU’s “Blueming” rounded out the top five. 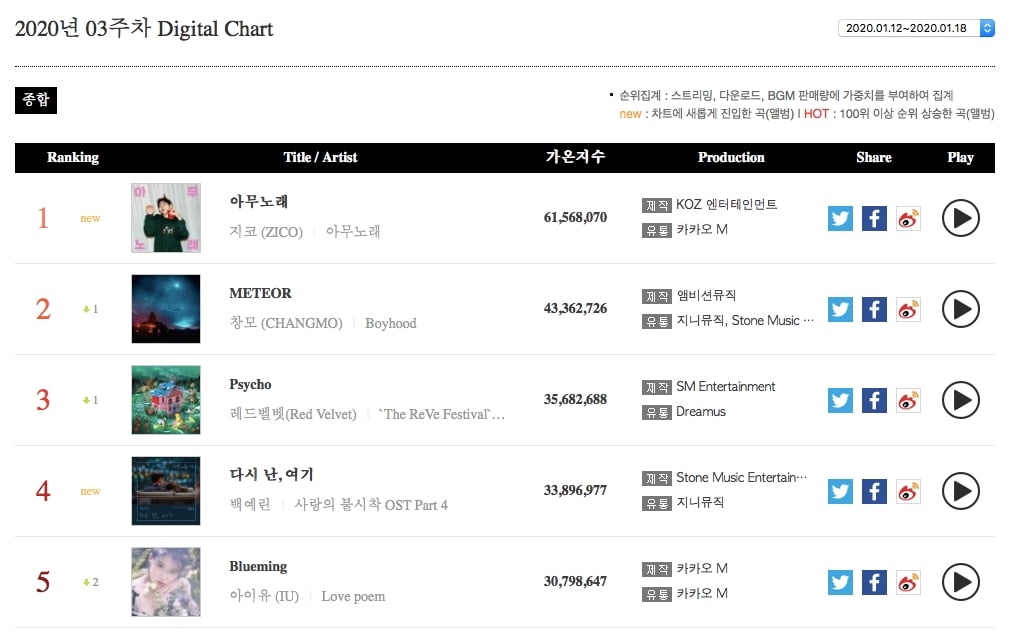 This week’s digital download chart was dominated by new releases: Zico’s “Any Song” debuted at No. 1, BTS’s pre-release track “Black Swan” at No. 2, Baek Yerin’s “Here I Am Again” at No. 3, and Taeyeon’s “Dear Me” at No. 4. Finally, Red Velvet’s “Psycho” stayed strong at No. 5. 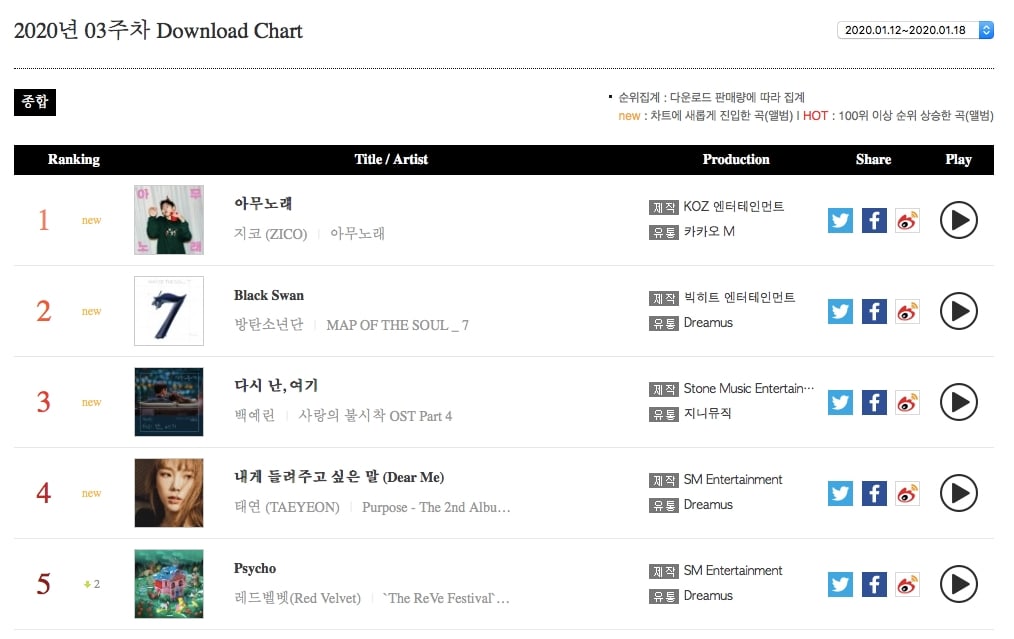 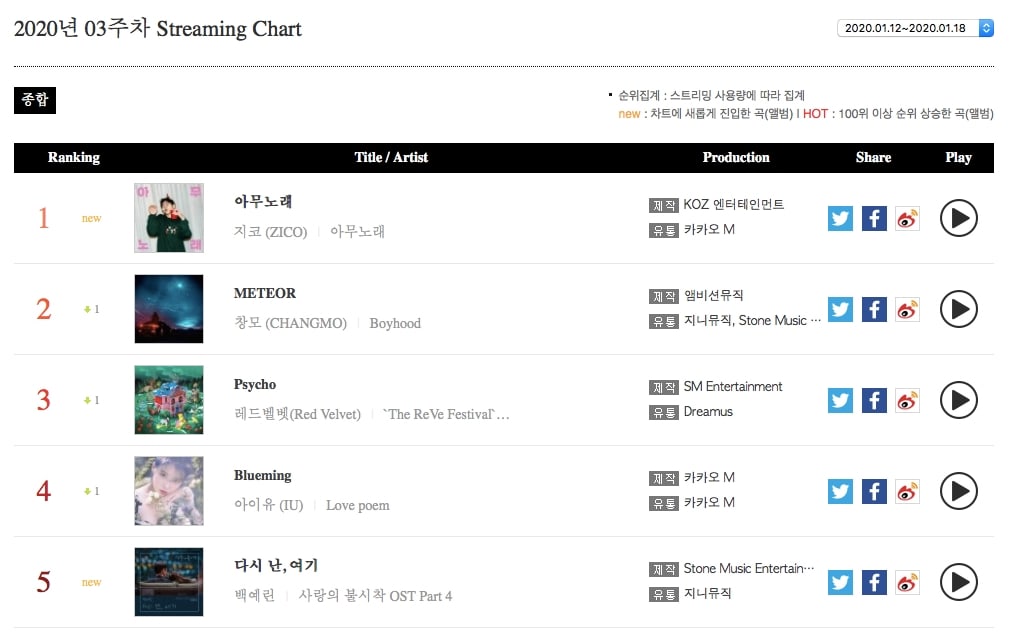 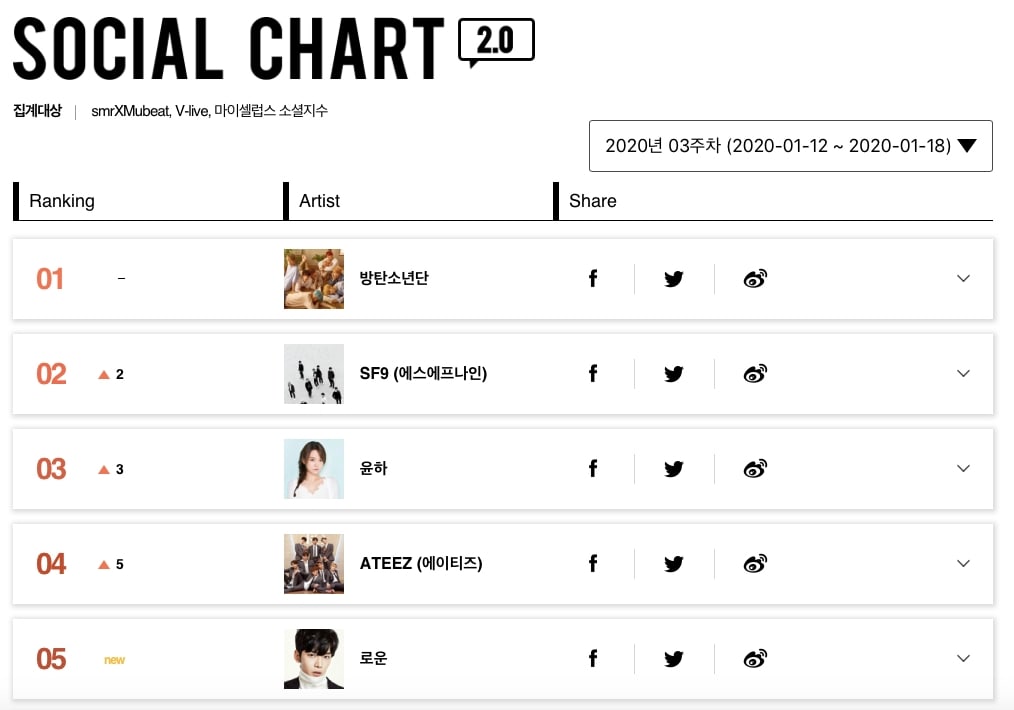