On the January 22 episode of SBS’s “Night of Real Entertainment,” Pyo Ye Jin participated in an interview to talk about her role in “VIP.”

The actress recently won the Best Female Character Award at the 2019 SBS Drama Awards, and she is drawing attention as a rising star in the acting industry.

When the reporter commented, “You received a lot of love, but you also heard many complaints,” Pyo Ye Jin replied with a smile, “I received a lot of reactions from those around me. My mom was shocked, and she asked me, ‘How can you do that.’ I heard people say they don’t even want to meet me while walking through the streets. They also said they want to fry me up. It’s quite scary.”

Pyo Ye Jin then sent a video letter to viewers, saying, “I’m sorry for making you angry for two months. I hope your family will always be at peace.”

The actress then talked about her career as an actor as she remarked, “It’s hard, but the fact that I feel like I’m having fun reassures me that this is the right path for me.”

Later, the production team presented a special video message for Pyo Ye Jin, who stated that she had been able to gain strength thanks to the senior actors around her.

Jang Nara appeared in the video and said, “It was a hard time for Na Jung Sun [Jang Nara’s character in VIP], but thanks to Pyo Ye Jin, it was a really happy time for Jang Nara.”

Lee Sang Yoon also showed his support for Pyo Ye Jin as he said, “Hi, Ye Jin. We acted together through a drama called ‘VIP,’ and we’ve been experiencing a lot of negative reactions, but that’s because you acted so well. I hope you can shake it off and do as well as you’re doing now.” 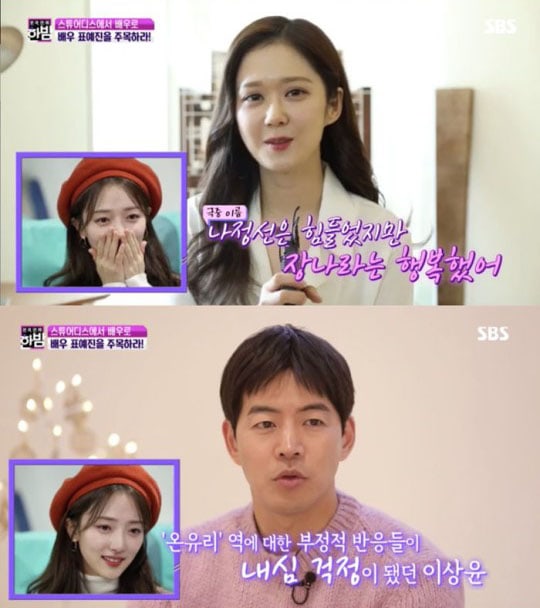 Shedding tears, Pyo Ye Jin expressed her gratitude as she responded, “This gives me a lot of strength. I’m grateful.” She continued, “I can do anything, and I will try my best for many opportunities.”

Check out “VIP” as well!